an evening of political kvetching and lots of gossip. Everyone agreed about one thing - Bibi has to go. I know Donald will pull out a Trump card to try to help his friend at the last minute but i'm hoping it won't help. if we have any sense left we'll get a unity government together that acts quickly and changes some of the crazy laws that suddenly appeared in the past year.

in the middle of all our exchanging of irrelevant details one amazing fact came out - every one of us has children who live outside the country and will not be voting in this election. Even people in the diplomatic corps. So their parents are the ones who will either save the country or not.. and sometimes the kids know that their lives are dependent on the existence of their parents' home.

this weekend has been replete with phone calls from friends living abroad. all of them are worried about the situation of the universe let's hold hands together around the world.

Panic Ensemble is finally issuing the third disc - Jezebel and her girls - and i'm really happy it will be out at last. There's a song about Rebecca being misled by some sexy servant to marry an old bachelor, one about Jezebel as a material girl, and even my voice at the end reading "inheritance." If you think about it - all of our albums have had Bible themes - Potiphar's wife in "Thin Lips," "Jewish Women" in Panic Ensemble, and "Sodom" in "A Different Story," Now I can concentrate on publishing my book. it would help a lot if you download a book or two from kindle and like it.

Once I got over my terror, I used to love performing in the Tel Aviv nightclub, Barby, especially in Yiddish

I have no idea what the audience thought of it, but it was fun.

And now I've got to brush up my French because Sabine Hunyh translated my book about the holocaust and it's coming out next year.

But enough about me = let's go back to politics. Benny Gantz is an incredible polite person, a friend of his told me. that's one of the reasons he comes across as pale. Watching a biography of Richard Nixon, I kept thinking that Benny would never win a campaign against tricky Dicky. But he would be a perfect person to talk peace with.

Ezi took a couple of photos on our walk around the port of Tel Aviv. You can tell they were directed by my crazy eye. 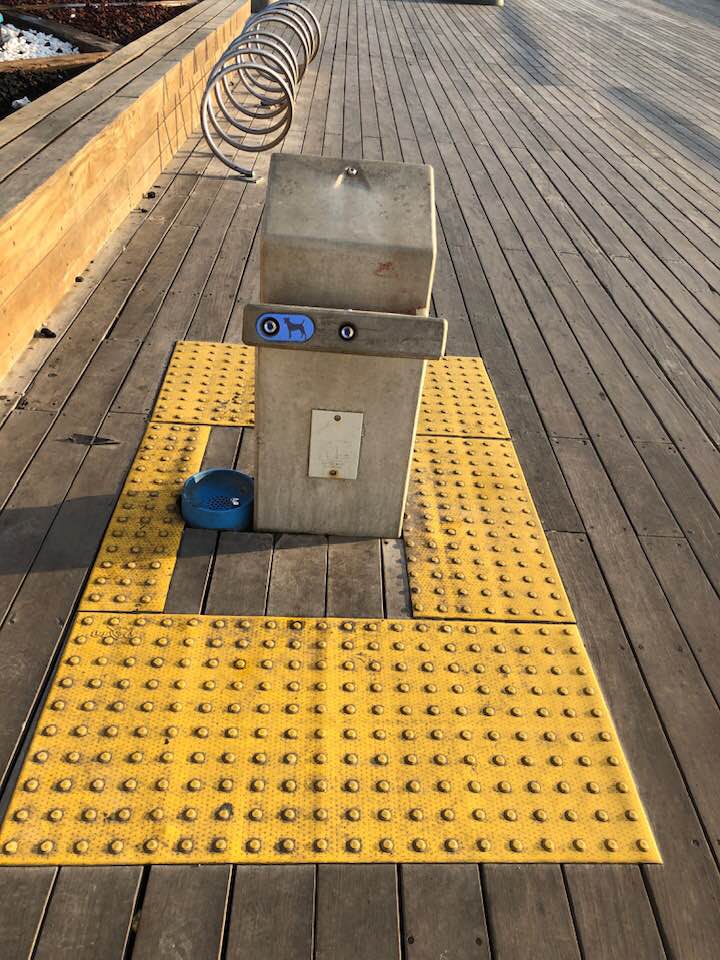 a water fountain for dogs seems typical for this city, but i've never noticed one before. And the unique use of a Volkswagen bus as a flower shop gets even greater interest when seen from the rear 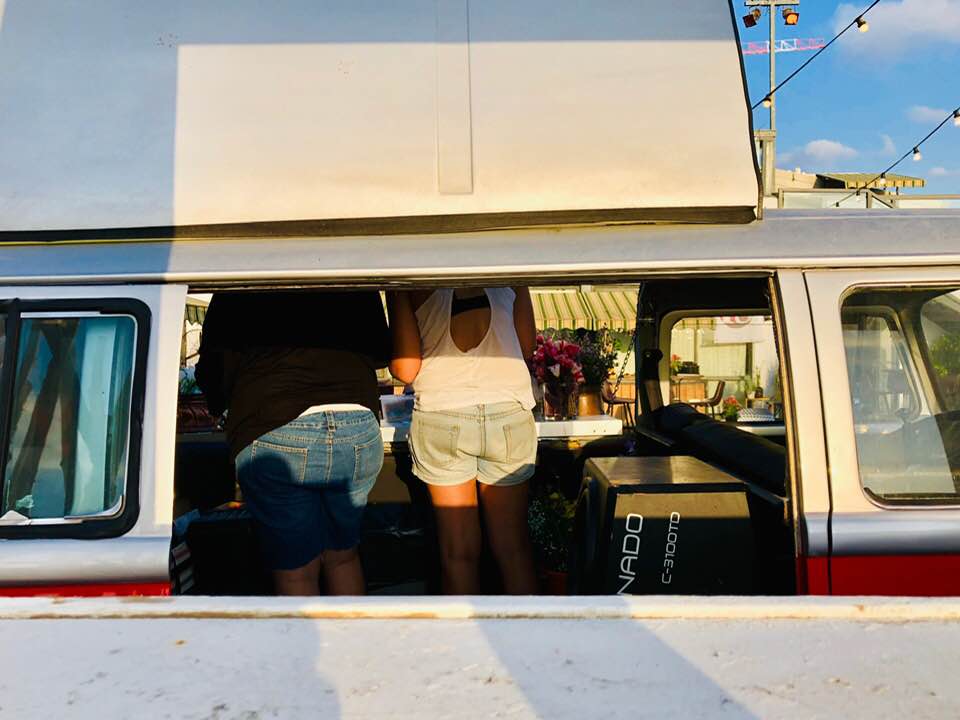 After a day of planning ways to incorporate the love of poetry with intercultural activities at the university we went to see a play bu Edna Mazia called "The Pregnancy" about an older woman trying to get pregnant. it got the situation right - all the tests and hormone and all that and the complete division from the intimate and the socio-political environment. where nothing matters but your own womb.

If you're in New York and love Edna St. Vincent Millay - come on the 24th to see the celebration: New School -Millay

"She's got a girl," i say to Ezi, indicating the pharmacist on the counter next to where we were standing. she's wearing a hijab and many clothes, so it's even hard to tell that she's pregnant. Ezi, who didn't notice her at all before, says "fifty percent chance," and I, insulted that I could be doubted, ask the pharmacist taking care of our medications, "Do you know whether she's carrying a boy or a girl?" "Girl," he answers. "How do you know?" I probe. "I'm the father." Mabrouk!

Now you ask how do I know? We old women have our ways. Remember that.

But this is September 11, and there was an evening program of September 11 songs. It helped me forget the fact that our prime minister was broadcasting live on facebook when rockets were fired on Ashdod. A man who can endanger an entire city in order to win an election is worth forgetting. If we go into war because it would ensure reelection i will not be happy. what will happen to my blog if i get bombed?