We disappeared to Rosh Pina last night ľ an amazing place called Pina BaLev and I didnĺt write not because there was not internet but because I was too enthralled with the place. Itĺs was really quite enchanting, even though we didnĺt spend enough time there. Weĺve stayed in Rosh Pina before, in place where there was a view but this place didnĺt really need a view. On the other hand Shira bistro where we nibbled our evening meal, had a great view but the food was terrible. We also had lunch at another famous place in Rosh Pina called Jaoni, and it may be there that we picked up some stomach irritation. Probably not, but the food was way below acceptable levels. And even though we had a great time watching birds (and what turns out to have been water rats) at the Hula bird sanctuary after that we crashed in the evening and are now non-functioning. We even decided to head home directly after visiting Ricky in Metula instead of making all the usual stops.

We managed to take a good look at the ever expanding concrete factory in Lebanon, and more and more it looks like a center for building tunnels.

This is Oren aghast at the size of the water rate. 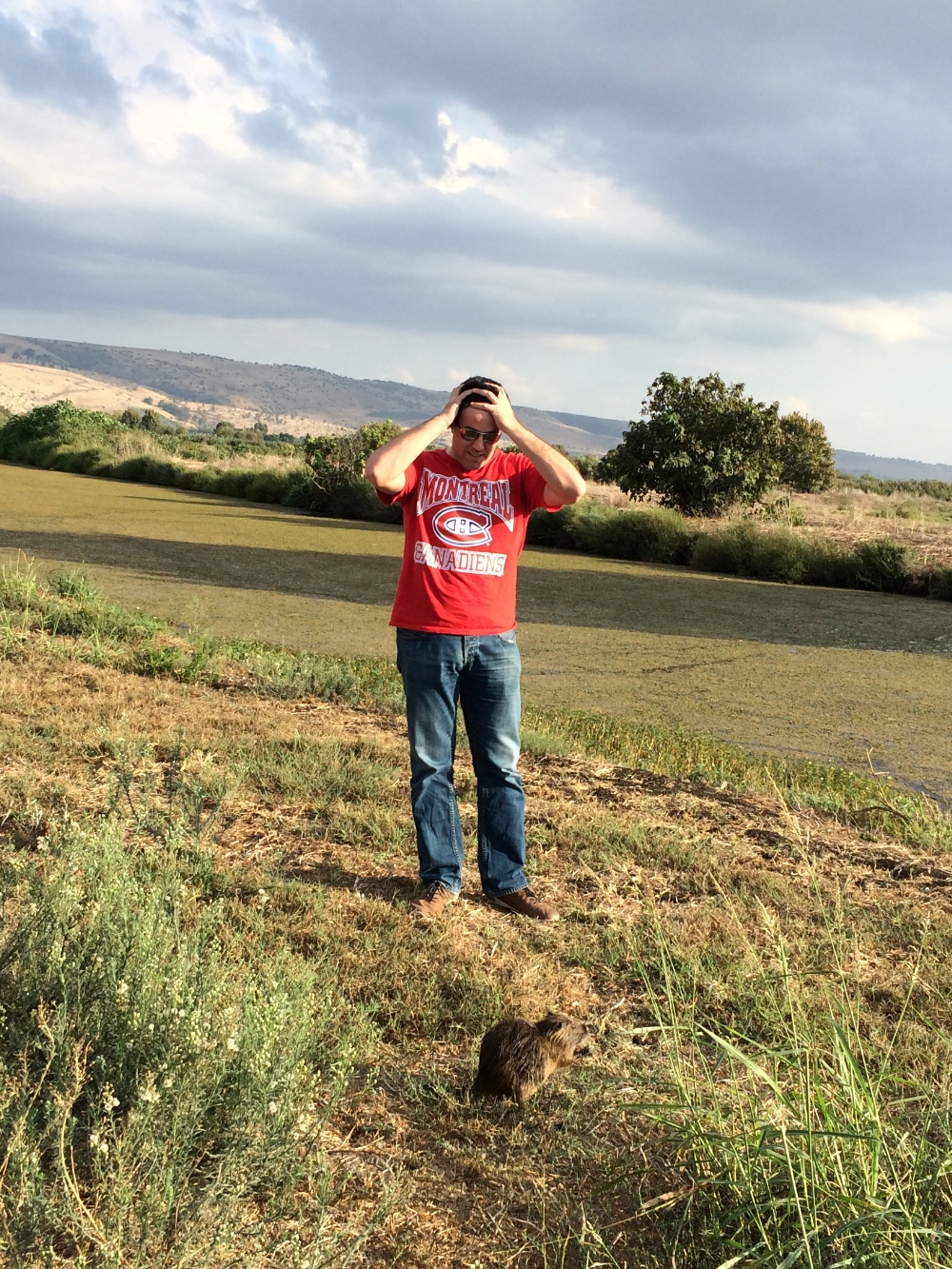 Indeed they are really awful creatures, imported 80 years ago and left to multiply. A really good hunting party should be organized.

We returned home w,pith a virus or something. The revenge of the water rats.

we'll never be able to figure out the television - it is so high tech i need a 12 year old to show me the way. And while we work on this, we miss the news, which is good for our blood pressure.

I really hate the cute little tricks this government uses to play both sides of the game. So I joined "Women for peace" tonight and will go to the demonstration of November 1 and pass out flyers. I don't think they have an answer and I don't peace is possible, but I think the alternatives have to be taken seriously.

For our anniversary we concluded Yom Kippur by going to the movies and saw "Gett" (Divorce). Perfect. This is the unquestionably the best Israeli film I've seen - it all takes place in the small rooms of the Rabbinate divorce court and traces the five years of Vivian Amsalem to obtain a divorce from her husband. It is a complete condemnation of the Rabbinate and the patriarchal system it fosters, and every minute of the two hours is entirely fascinating.