The same scenery, the same birds, or so it seems to me, as i look out from my seedy balcony on the beautiful Pacific ocean. Despite the enormous enormous differences. It reminds me of a poem of Amichai's I once translated, but never published (and never asked him permission for so please don't reproduce this)

THE SAME PATTERN, THE SAME STITCH

I saw a man wearing a colorful cippah
in the same pattern as a piece of underwear
of a woman I loved
long ago.

He didn’t understand why I was looking at him
and why I turned around after him
and he shrugged his shoulders and went on.

Even from here it is good to hear that the boycott against Israeli scholars was defeated: I read it on engage online. Even though the very thought that academics would boycott academics at all is terrifying.

Why am I not writing more? Well remember I write online. I finally do have access to internet - but it only works on the roof of my hotel. When it is raining and/or chilly, this is not always convenient, and when it isn't raining i can't see my screen very well.

Also I am not as interesting in America as I am in Israel.

How am I not as interesting in the U.S.as Israel? or Why? First because I find it difficult to get any real news here - not only are my internet connections intermittent but the newspapers and news seem hard to obtain and superficial when they are found. Second because although I am enjoying myself immensely, I don't find the environment challenging. Even today in the San Diego zoo I found the animals too peaceful, too quiet, too bored. I am used to the Safari in Tel Aviv, where the humans and the animals interfere with every move you make.

And although I've eaten in great restaurants, I can't wait until I get to visit Pappa's although i can't find it on the web. All I found was a feature on Oren's fashion: here

I think it was in the Yiddish film “Di Goldene Medina” that the old man, having undergone terrible trials in the new world, utters that famous line which I translate here, “America is not … America.” Our dear friend, from whom I have passed on numerous stories of recent battles, says when he first saw the Mexican border he exclaimed, “Oh this is just like Jenin!” and expanded later that there are other numerous characteristics in common.

That does it. I'm going to the border on wednesday if Ezi gets through his back treatments.

Went to the border yesterday. I wanted to know what it felt like. And it does feel like Israel. 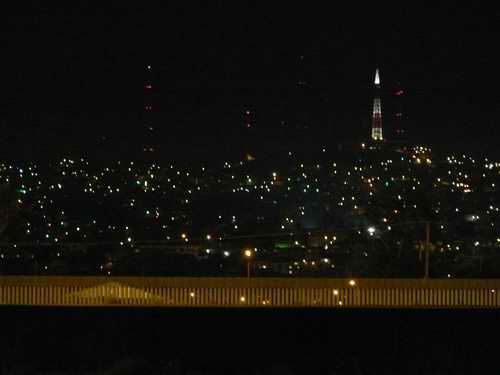 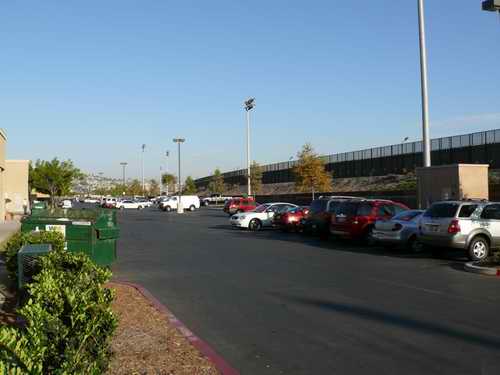 The sense of being closed in and closed out is automatic in front of a wall. It immediately implies danger, otherness, whether it is there or not.

On the other hand, Ezi's conversations with the local zoo residents suggest that Ezi is the one with the problem. 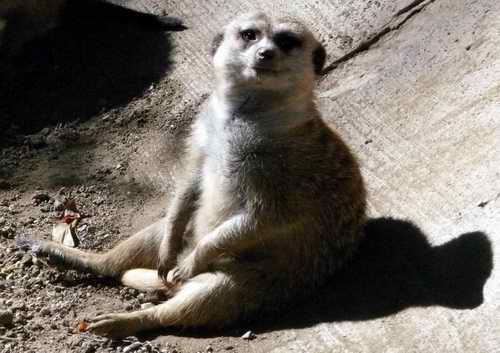 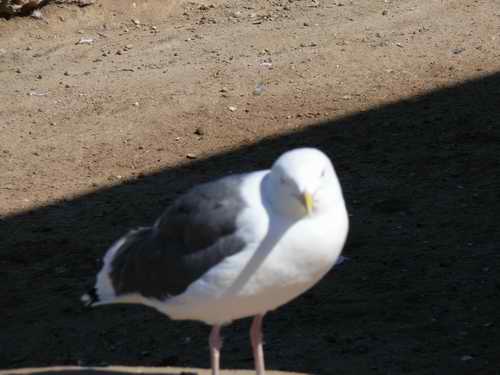 That is, these guys have their own life, and the delineation of them as enclosed or protected or whatever is our own.

Look at this picture - in which the enclosures are everywhere. 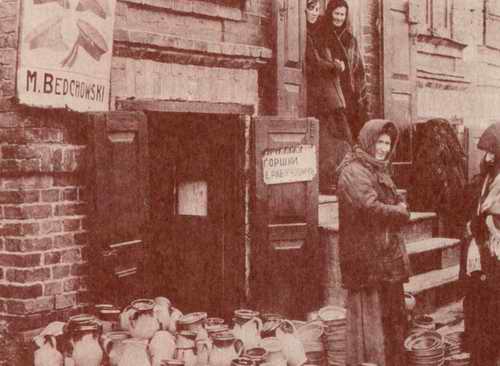 A German soldier took the picture in 1916 - see how many languages on the sign, and you see how many other soldiers have conquered this poor Jewish lady.

This is my poem on the subject:

No matter how much we enlarge it,
That photograph snapped by a German soldier
Of my grandmother in Lida, 1916,
Remains perfectly clear. Her eyes
Register her cold measure
Of the soldier who could decide
To shoot her instead of her
Picture if that
Was his hobby
Instead of photography.

This is what war
Is like – I taste her fear
Even though I’m seeing her
Now from the eyes
Of the oppressor.
And I know the shame of both.