Thanks for telling me I screwed up the html and you missed last week. I thought I fixed it, but my jet lag and my problems with my new computer have made on-line life much much more difficult.

And here there are some practical issues that need significant attention before our names are written in the book of life and death. Most immediate, the 100,000 poets for change may be holding its universal event on Saturday night. Let me know if you are an audience, a reader, a dissident, etc.

The day before I left Israel, my new book, Layers, emerged from the press. I had much more pressing matters and couldn't even keep enough copies in my bag to fulfill the specific demand on the road. But now the campaign is on the way. 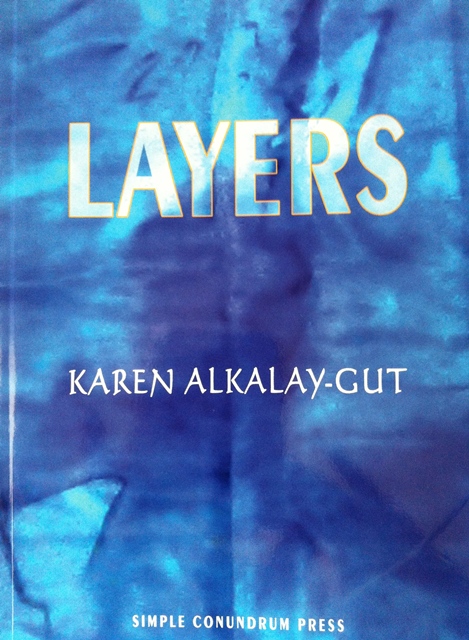 At the moment you can order it from Amazon or from me. If you already own it, write a review there or somewhere else.

Panic Ensemble, the group that sings my poems, is having a hard time getting together enough money to distribute the latest disk, and are offering all kinds of goodies on the site here. If you want to get the disk, plus all kinds of as-yet-unreleased songs, please go to their site.

Okay, so far with the business. Let's move now to the politics.

I'm tired of being cheated, lied to, used, and belittled. The government in this format is based on deception - it's a comfortable one for Bibi - but devastating for ultimate politics. Bibi is going to spring elections on us when we least expect it, just as other major legislation in the past year has been sprung on us at the last minute, and this time we have to prepare. Even only with information, but also organization, and donation.

And then there's always Iran or one of our neighbors to put the local quibbles into proportion. One little threat of attack and I shut up about Shas and the Ministry of Interior - even though we sat in the dark at six in the afternoon.

And on the other hand, Panic Ensemble is appearing at Indie Negev on October 19.

Whatever happened to my politics? Why am I not commenting? Come on, What is there to say? I've divided the world differently than others, so our language is different. It's not the Arabs against the Jews as far as I'm concerned - it is extremists against enlightened. Enlightened includes religious people who live and let live. My niece and her family are very religious, for example, but their lives include not only wigs and black hats, but devoting themselves to understanding and helping others, without attempting to 'convert' them or deprecating them. I find the whole family inspiring. On the other hand, the religious people who ended daylight savings time again this year before the Day of Atonement have imposed darkness on the entire population. The same may be said for the Moslem population in the world. The only problem is that extremism is contagious, because it is comfortable in a changing and uncertain world. The Beduin in the Sinai who once emphasized survival and freedom from external authorities, selling their services to the highest bidder, are now becoming religious fanatics, and blowing people up for ideology rather than money. Wait a minute - they actually didn't engage in blowing people up before they got religion. But wait and see what they're going to do now.

My new computer bit me and died today. If I hadn't been in the hospital with Ezi this morning I would have taken it to the river and thrown it in - I think the files are mostly saved. But the email is gone - so if i owe you a letter, please resend. Alaska put me back about two months of emails, so have patience.

The hospital today was incredibly hectic, by the way - people have to get their treatment before the Day of Atonement - so the nurses were working overtime. When we got to the treatment room, Nurse Orna warned us away and said to come back in half an hour, and I saw why. There wasn't a chair to spare. They were doing tests on people in folding chairs and only moving them to lounges for treatment. We came back half an hour later and there were patients waiting for chairs out in the hall. Then, suddenly, there was room and she waved us in. "Now that the aliyahs are over," I muttered, "we can get down to serious prayer." Ezi didn't see the humor in it. Usually he's finished in less then a few hours, but today finished even me off. My back, my knees, my neck. I was all knotted up and found myself singing "somech noflim, rofe cholim, umatir asurim," one of the prayers of the holy days, "He lifts up those who fall, heals those who are ill, and frees those who are imprisoned." "Help me stand up straight, get Ezi through this, and let us out of here." I don't think this is the right sentiment of the prayer, though.

How appropriate that Ahmedinajab spoke in the UN on Yom Kippur. To an appreciative audience. Repeating his threats. Even though it's his last address to the UN he's done enough damage to help the hatred grow on its own.

Zvi Yehezkeli on Channel 10 has done a 3 part series on antisemitism in Europe, and it takes me back to the last experience I had of overt antisemitism. I wrote the draft of a poem and posted it on these pages - June 13, 2005.

Paris is another world


Last night in the Metro
for instance
as soon as she entered the train
I knew she was trouble
somehow –
Her white scarf so askew
it became a cowl
pulled down over her sullen face,
and the bandaged hand
that seemed to declare
she was taking care
of unjust wounds.


"Don't be silly,"
I said to my fears,
"What
could she possibly
be carrying in her
countless bags
that makes you tremble?"


And I watched her
leaning on the door
on the train door, as if
she planned to
throw in a bomb
then run away


Then she came and sat by me
and my friend seated herself before us both
and said to me in Hebrew that her foot
was swelling then shut up.


Slowly, over the din
of endless French whisperings
the woman's voice began to speak clear,
to drown out every other sound
in the droning train.


I know who you are, she said,
and you may leave in peace
if you do not take our lands
the lands of my people – your
Sharon and your Bush and your
Chirac do not let us live… we


My friend sat opposite her
in stunned silence
understanding nothing
but the attack,
her fear.


The strong clear voice
like the Muezzin's call
went on about her devotion
to her faith and her trust in God,
Praise him.


And at that point I spoke.


I do not understand French,
I said in French,
But I do know, "Hamdilillah"


And where are you from?
She turned to me with great politeness
while the rest of the train waited
for a knife. At least that's
what someone told me after.
Russia? Germany?
I knew that all responses would elicit
further inquiry, so I chose the truth.
Poland. Ah! We continued in French,
feigning a politeness even Moliere
would have understood.
A lovely country. I remember eating
such wonderful
cookies from there, chocolate
sprinkled. Your city must be fine, and
isn't Paris beautiful?


And we left the train
wishing each other pleasant journeys