I can't be there, but I add my voice to the hundreds of thousands demonstrating for a change in the civil order tonight. And I too will make sure to be as politically active as I can in the future. It is simply the first time I have felt this country is composed of citizens, and I wish there were more Arab citizens involved.

We stood at the entrance of our building, greeting all the neighbors returning from the demonstration - with the exception of the one who is being operated on for stomach cancer, the one with a fractured kneecap, the one who is a Mengele graduate and doesn't function, and the ones who couldn't get a babysitter. Even the restaurants closed to allow the staff to get to the demonstration. One of my friends said the estimates, which were made by counting cellphone gpses, were way under the number of participants because there was no phone connection in most places. She's a little paranoid, but who knows.

In the center of Jaffa is a restaurant Hadj Kahil. It's like an upscale nouveau cuisine of Arabic cooking. the music is remixes of classical Arabic music, the food is smaller elegant and rarified portions of wonderful Arabic food, and I ate twice as much as usual and oohed and aahed all through the meal.

Dessert was knaffe made on the spot. 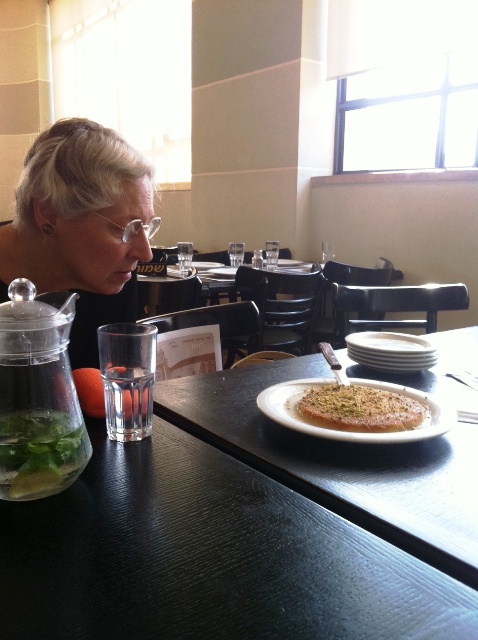 The setting was classic and kinky. 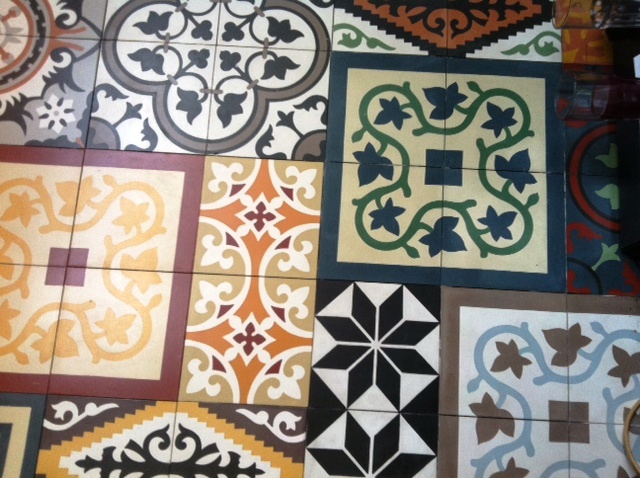 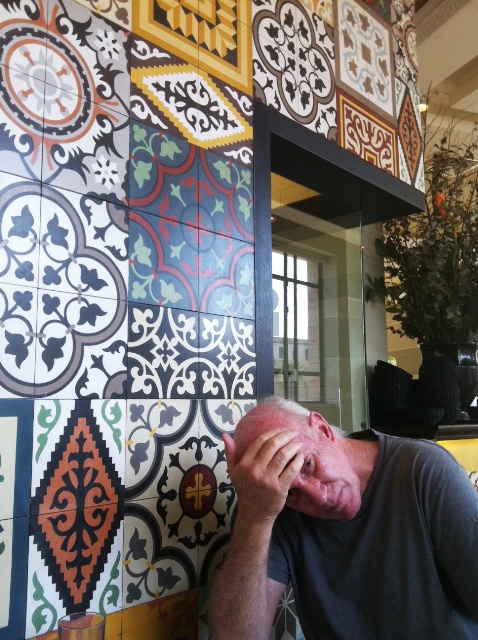 Just a view of Jaffa 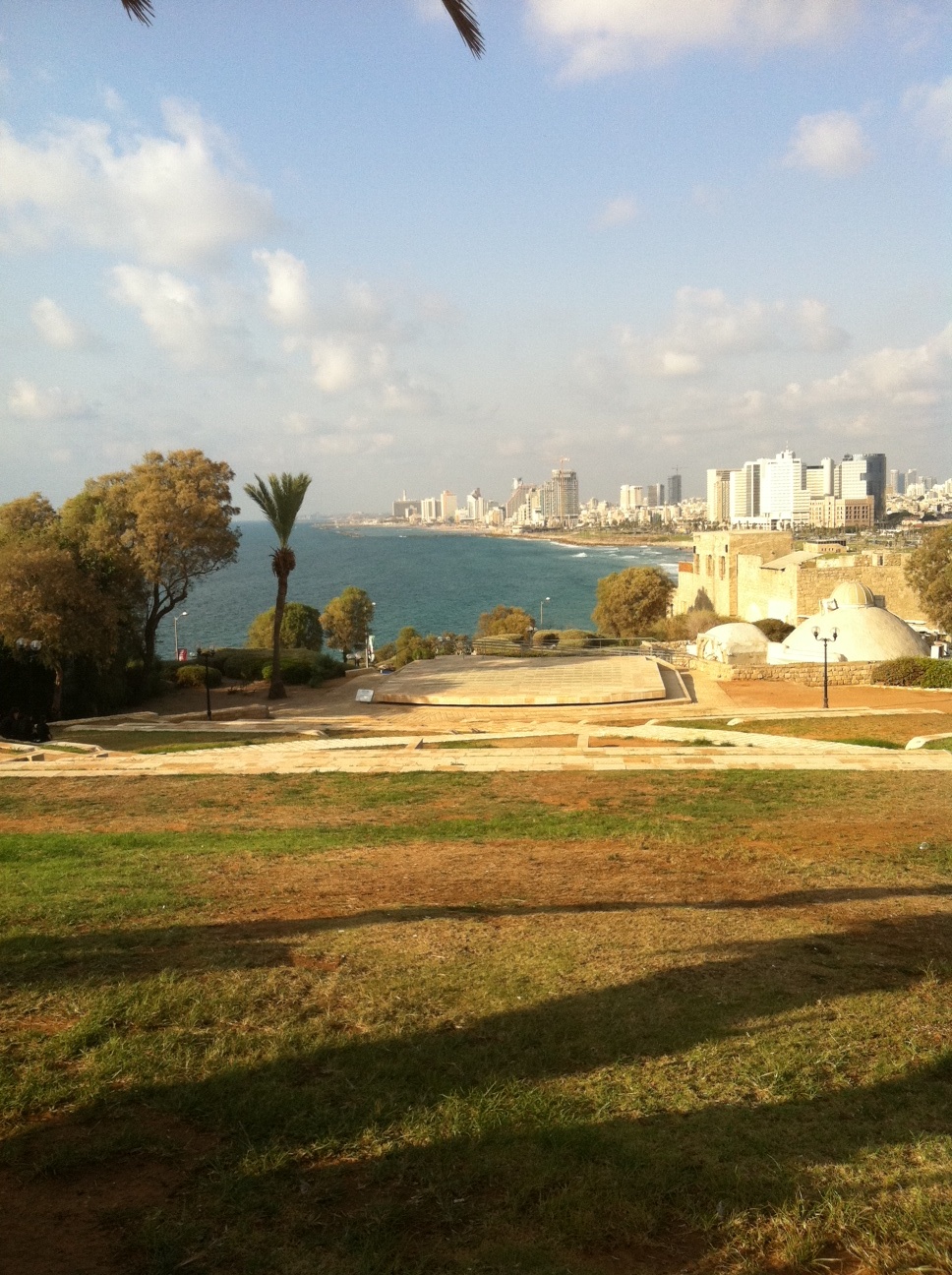