Today is one of those days where I really feel privileged to be part of something. First and foremost, we attended the opening ceremony of the Sir Leslie Porter geriatric wing at Ichilov. It would have been a fine experience in any case, because of the fact that people will be taken care of in a modern and comfortable environment. But Leslie Porter fought in the Middle East against the Nazis, and now is responsible for the care of the victims in Tel Aviv. That closing of the circle was comforting to me, as someone who knew Leslie and how caring he was. This is especially important in Tel Aviv where the population is elderly and many are survivors with special needs.

It's hard for me to write about events that I participate in. For the past two days I've been involved in the Sha'ar festival, and only now, that I didn't go today, can I back away and marvel at it. First of all, there were some darn good poets there, poets from Iceland, Turkey, Jordan, Basque Country, Belgium, Flanders, Colombia, Zimbabwem India, Greece and of course Israel. Writing in various languages, they would have provided enough music on their own, but the festival incorporate rap, dance, song, and countless other kinds of interpretative media. Here's Raquel Halfi: 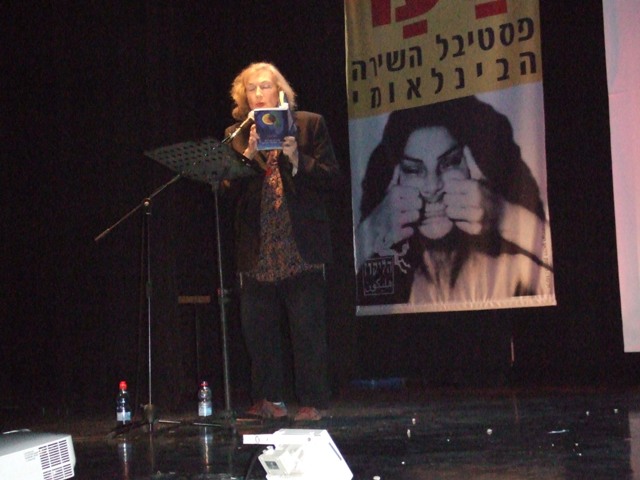 and here's me with Danny Solomon: 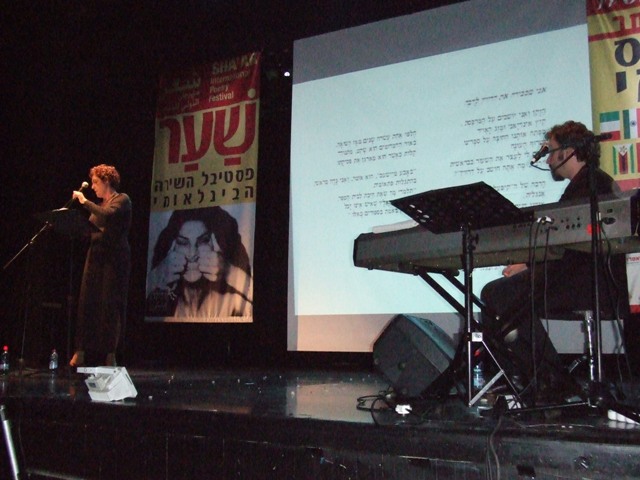 There aren't pictures of other events because my cameraman wasn't there.

I would never have chosen it myself. But when I objected to the idea, I was met with a barrage of promises. "You won't regret it for a minute!" Ďt will be a real experience for you." "This will make up for the last play you didn't like." So we found ourselves in the middle of the row in the middle of the theater, about to watch "Fiddler on the Roof." "I want to go home," I said before the play started. But once it began I was transfixed. It had a faster rhythm than I remembered from the sixties, and was amazingly slick, professional, moving, and exciting. You can see a little bit of it here

The thing about the Israeli version that fascinated me was the energy. They did so little of the self-belittling jewish-shtetl stereotype-shtiks. And it worked.

Olmert quit today. It was a big deal really. I don't know how I feel, but it IS the first day of autumn. 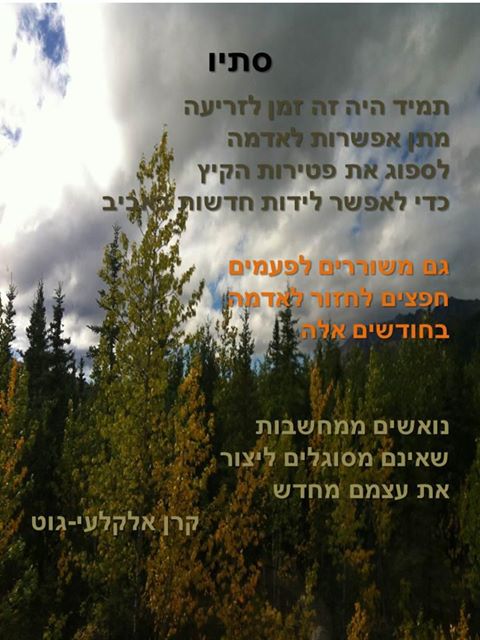 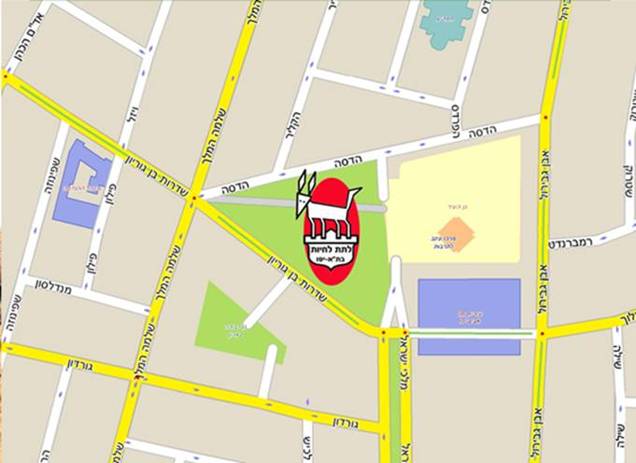 This is the meeting of the animal rights party. Today at 5:45. At the park behind city hall. I am sixth on the list.

Remember my new Dell? It went back to the shop last week, and came back with nothing on it. So now I've got to put all the programs back and start from the beginning. This has been the third time we've had to reprogram, and the fifth time i've been without a computer for a week - in one year. I may well go and visit the new apple center that opened in my neighborhood yesterday, if only to remember what a real computer was like.

Animal Rights: I must admit I was a bit uncertain about joining the race for Tel Aviv municipality. With all the things wrong with the city, why am I focusing on the animals? Don't the humans come first? But of course it is the question of responsibility that got me hooked. We made the problems of the urban animals and now we are in charge of finding solutions to their problems. And the solving of these problems teaches us to respect and take responsibility for humans as well. With all the corruption in government, it seems much more logical to make smaller promises that can be kept than big promises that will be forgotten. And then go on to the bigger issues. I can't stop Iran from attacking us, but I can help stop - say - the wholesale murder of stray cats, the lack of supervision of horses pulling wagons, and other typical scenes in Tel Aviv.

We seem to be getting more and more worried about Iran. They ARE threatening genocide, aren't they. They ARE close to being able to do it, aren't they. And no one is available to help counter this situation.