Internet was down last night. Ezi called up, yelled. It returned. But by then I was too involved in other things to write.

Here's the story. We don't know if the cease fire with Gaza will hold, if Hizballah is going to attack us, or if we're going to have a happy new year. and none of this is up to us.

I'm still trying to figure out losses from this past war - the guys in reserve duty lost out big, not the salaried people, but those with their own businesses. But business in general suffered badly. It's still down - it's hard to concentrate on economics when you're worried about your entire life.

With 10 more days for the cease fire, a rocket falls on the south this evening. We're not going to respond. We have enough to do without getting into another spat. But it seems silly. Millions of Syrian refugees see some statistics on this site, so many thousands murdered in Iraq by Isis, and we make a big deal over a few rockets. But we'll be seeing more and more provocation in the future. 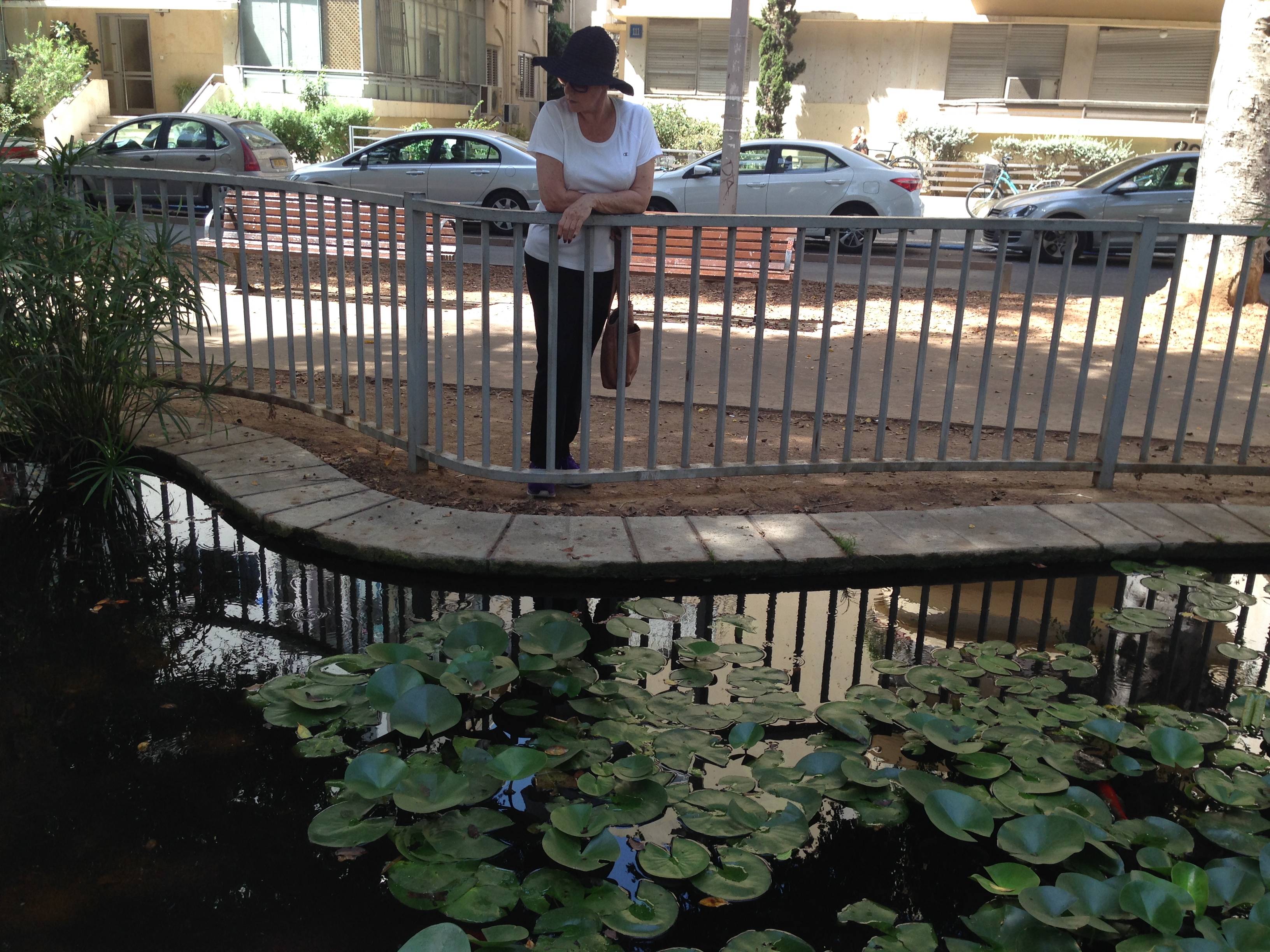 Because my printer's office is across the street from this amazing pool, I visit it every time I'm there. In the middle of town, where no one seems to visit.

The book is "The Enchanted Isles: Evolution of Emotion" one in Hebrew with Keshev, and a version in English because i don't want to waste the great pictures Ezi took. The poems have been published here and there, but the photographs are really too amazing to be limited to a single language audience and if we did a dual language book the focus would be on comparing the original with the translation and not the gorgeous tortoises.

This book began at the hospital 7 years ago when Ezi came down with lymphoma after our Galapagos trip. Sarah visited us and we showed her the photographs. I think we showed them to Luba Eliav too.

At the grocers today, the woman in front of me paid with a fifty shekel note, and I exclaimed, "hey, that's the new shekel! just out!" the woman frowned at me, and the grocer examined the bill carefully. I didn't mean to be so childish or to cast doubts, but the money really does look fake. Like the government looks. Like there's nothing behind any decision. No wonder even the Minister of Internal Affairs is taking a break from the government. Rats deserting...

Poets too sometimes
In these days
Return to the earth

Withering to discover
They cannot engender
Themselves anew

This is the first time in the 42 years I've been in Israel that specific plans for holiday dinners were not finalized for a month before. I mean who goes where and who hosts and what is being served. I think it's because of the uncertainty of war. the one that was and the one that will be. today when the sirens went off in the south (yes, i still have an app that tells me what and where), i thought it was beginning again, but it was a bunch of false alarms.

So I was especially happy to get this wish:

In fact many people feel like their plans for everything are tentative here. I'm not sure how to define it, but almost all the people i know talk about their lives as if they factor in a 'wait and see' concept.

Who am I kidding? We've always been a bit ADD and now we're more so. But the frenetic is part of the mood of Tel Aviv. I'm reminded of a poem of a few years back,

My mind
makes meaning
of a trivial incident


The rush of the coming
Sabbath queen

But I wasn't in Dizengoff Center today. We were at a new years party that also included a talk about Kinesis, an organization that promotes Israel. Hey, I've been doing that for years! But nothing like the way Joanna Landau can do it. She had 10 minutes to explain what she does to us and our group, which has no attention span at all, was riveted.

Even better than going to Dizengoff, or to the Leonard Cohen Marathon in Ozenbar, where I really wanted to go.

And now I must go to catch the sunset on the beach.

For all degrees of all religions and ages I recommend the beach on Friday evening. Are you a child?

Are you a grandmother?