i've only now discovered I've been screwing up my links lately. I'd like to put it down to the morphine but I haven't been taking morphine. In fact, my hip seems fine. Is there something called post-morphine reaction? I hope so because I would hate to become unable to write a proper html sentence.

We're ignoring the stone throwing, the people dying of shock because a stone was thrown at them, the general violence in jerusalem. We're looking at the sky and seeing it turning from sand to grey-blue and celebrating.

My inability to function in the kitchen leads us to entertain and be entertained in local eating establishments. Some of them are old hat to my friends, like Raphael. We had lunch there with friends today, sitting by the window looking at the sea. It's as good as every one says it is. Great meat, great stuffed vegetables, and the deserts are very impressive. My friends say this helps them ignore the real world, especially the question of the refugees. I didn't even dare broach the subject of Isis in the Sinai. Just ate our great lunch and talked about grandchildren.

While we're ignoring reality, I should add Fouchon surprised me - I enjoyed the fish verrine very much, and even though I find Fouchon incredibly pretentious and foolishly expensive, will return one day. And that is despite the fact that I am intimidated by the entire neighborhood. The crowds in Sarona scare me - I'm walking without a cane but I'm still a bit vulnerable. Would I like Sarona were I not vulnerable? No. It's aesthetically attractive but totally frivolous. A great space in the middle of the city, with park and places to sit but full of (unnecessary) food boutiques and restaurants. Am I grumpy? I get grumpy when I think we Israelis behave like escapist nouveau bourgeois.

And then I remember all the Israelis who do the opposite. Even the populist theater, Cameri, is critical of the society.

We saw the three-penny opera last night. A theaterful of dignitaries and the inimitable Yossi Graber as Queen Victoria pardoned MacHeath reminding the audience to look for the big crooks in government and not the little pickpockets. Some of the big crooks were sitting there listening to the accusation with inocent faces. But one ambassador who had been sitting next to me disappeared in the second act.

Anyway this opera never fails to excite me - of course because of the music, because the plot drags on and there were changes to the plot that removed motivation and causality for the sake of performance. These little failures were more than made up for when it turned out that the criminal and the police chief were in the army in the territories together....

If you love Panic Ensemble you won't want to miss this show on October 22. You can see the event here. Tickets here

Ein Hashofet River. Stream? it's the end of a long hot summer, and yet there is still beauty there. 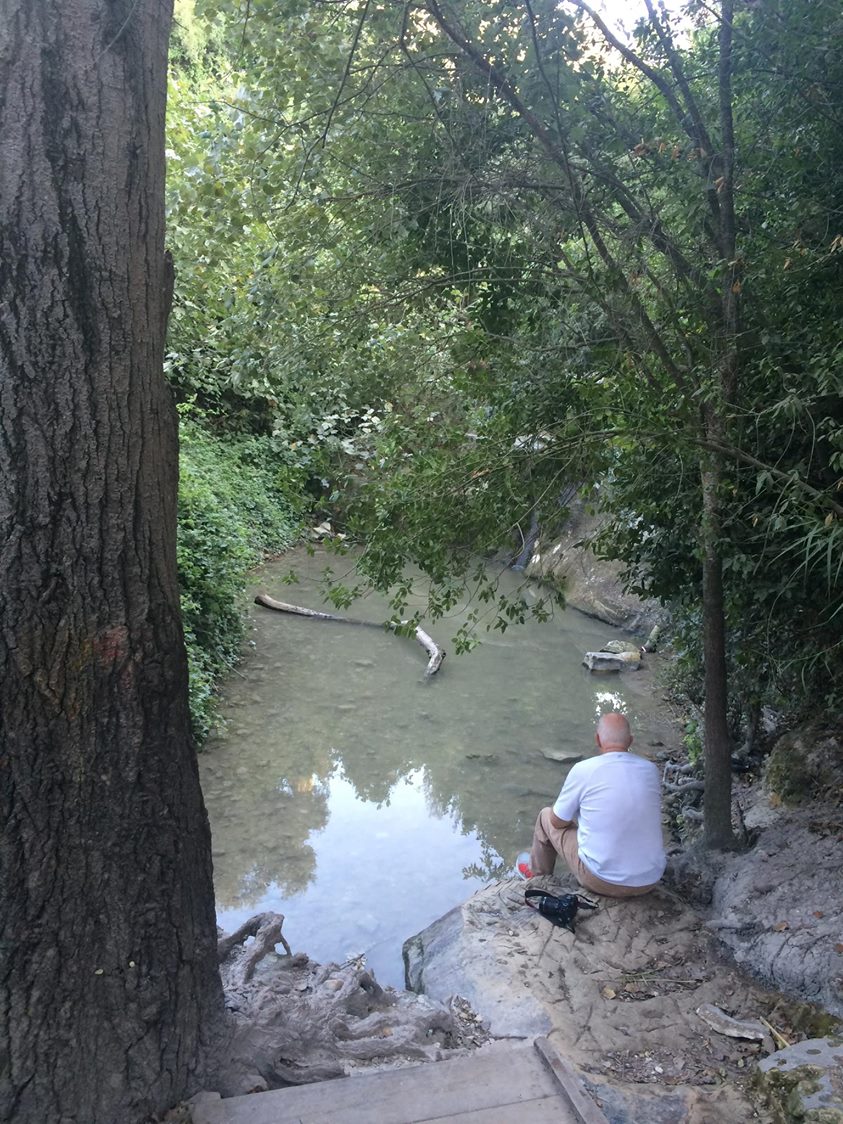 Incredible beauty. I was going to spend the rest of the day resting after a morning of exercise, physiotherapy and Arabic. But the kids got me to go up north instead. Turns out Friday afternoon is great from touring nature.