Where are all these nurseries coming from? On one street in Tel Aviv I know of more than a dozen public nurseries, and I haven't covered the neighborhood. On my street too there are a few private ones. They may be crowded but they are certainly beautifully organized and the kids seem extremely comfortable. The other night Ezi and his friends were reminiscing about their experiences in kindergarten 65 years ago - even though they were in different schools in Tel Aviv, the experiences - the pageants, the rules, the lessons - were all the same - and they loved it.

This is the small town aspect of Tel Aviv, the way everyone knows each other's experiences.

We were at the printer again today for the galleys of the Galapagos book, that will be coming out in Hebrew with Keshev and in English (self-publish). Now I know why it couldn't just be submitted for publication abroad. Because of the photographs there were so many proofs and so many changes it would have been impossible abroad. Still, I wish it would have been possible. The audience here for English is very limited and what people write for export is more of the shadow of grandmother's sabbath candles falling on the wailing wall variety.

But I do like the book a lot and would love to do readings - it's about the whole connection between urban individuals and 'nature,' how much we impose upon nature, how much we change nature, and how much we don't understand the implications of conservation and evolution, and who made it that way. I was describing this to Eli Oren, the printer, while we were waiting for one of the printouts, and he went looking for a book he'd published by a local ophthalmologist who as a hobby went around the world studying the eyes of creatures in nature preserves and came to the conclusion that they were all going blind because they didn't need their sharp vision to find food.

Maybe that's what's happening to us. We're going blind in our little nature preserve that is Tel Aviv.

If I forget thee, O Jerusalem, it is because of Tel Aviv.

I can't my eyes off the people in the cafes. just regular people - sometimes even without computers - sometimes wearing shoes.

Celebrated the arrival of the two models of the galapagos book today. I think I will have a party for the book at Pappa's - a pre-launch event. It is really beautiful!

We brought the book to Pappa's this evening and ate our way through the mushroom pizza special, finishing off with a pistachio afugato to die for. Almost forgot the fact that Isis is beginning to bang on our door, almost forgot the soldiers injured today on the Syrian border and the attack on the Lebanese border yesterday.

My story starts the day before, when at the supermarket I discovered there were no fresh chickens. My whole plan for the dinner for 13 on the eve of Sukkot revolved around chickens, so I went to the freezer counter and the cupboard was also bare. Suddenly I saw a different brand - Atara. Never heard of it before but i grabbed 2 whole chickens and we raced home to defrost them in the fridge. Then late this morning I went to unwraps them and the second one was the surprise. It was split open and missing a breast. Too late to exchange them. But it took me half a day to figure out the reconstructive surgery. So no walk along the beach, no cafe, just sewing a breast on a chicken. 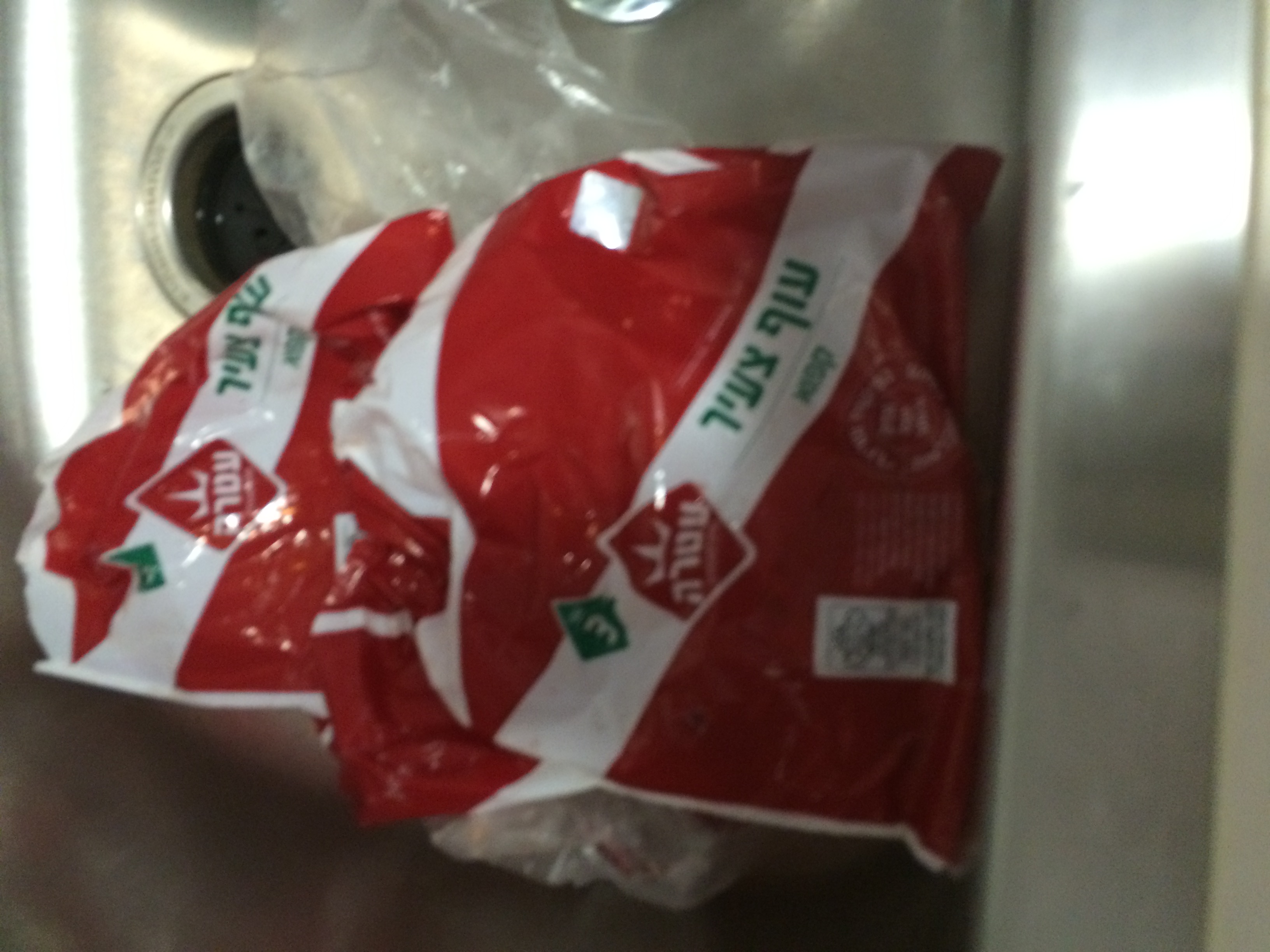 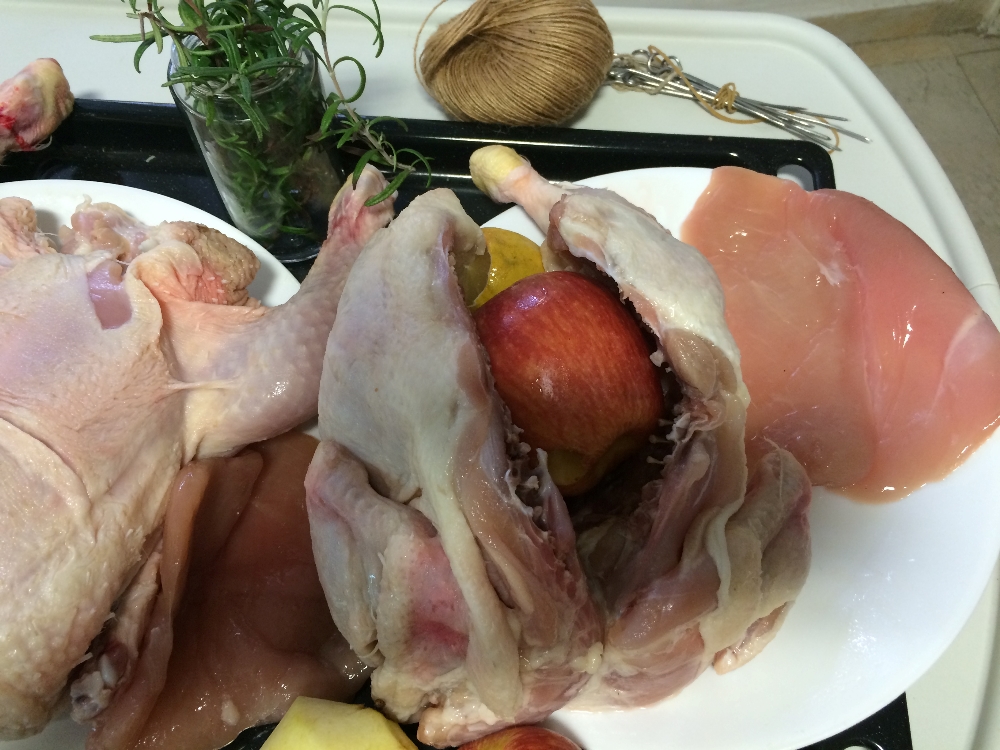 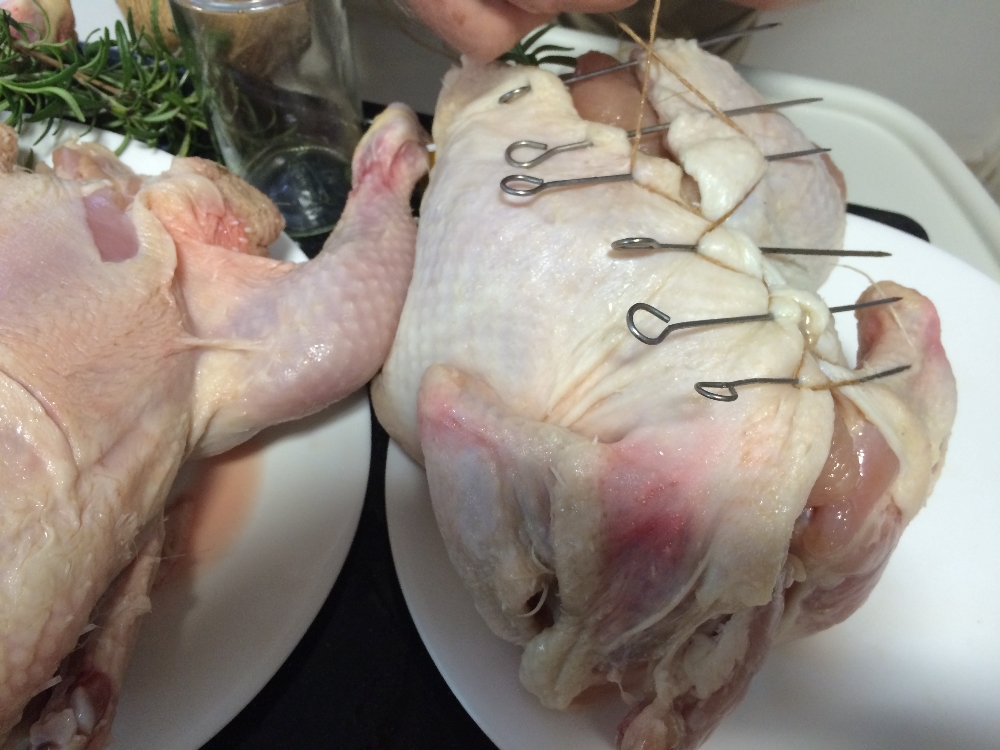 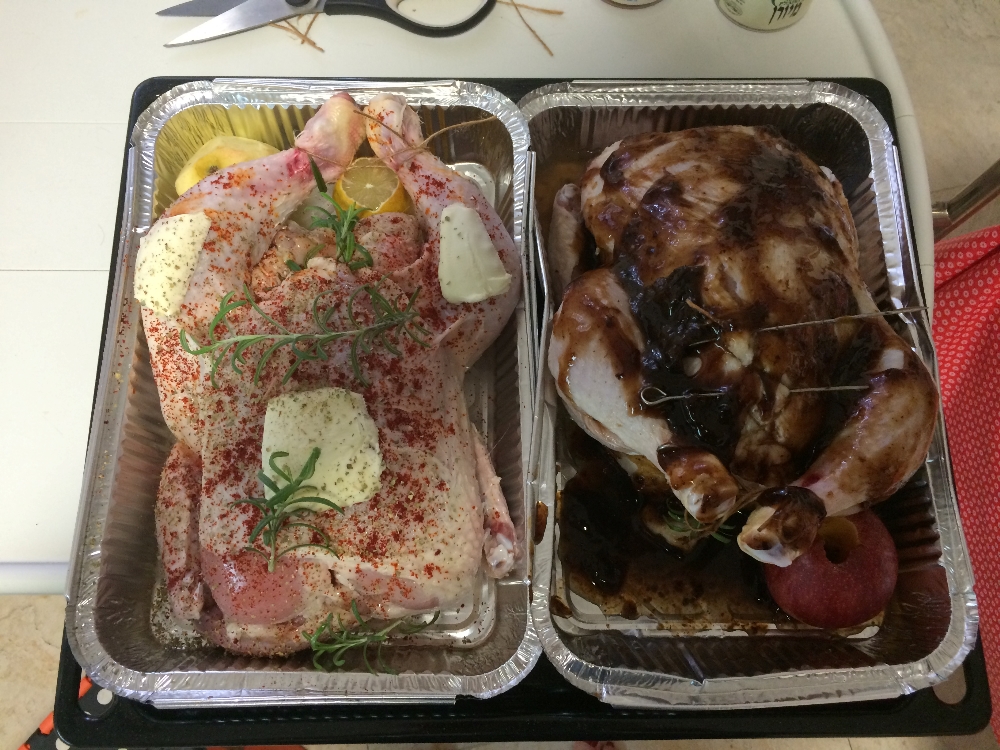 We didn't have a sukka (no place) but Omer built a model and left it with us.

I'll show it tomorrow when the light is better.