Poetry Festival begins in Herzlia on October 5th. 9:00 p.m. Reading: Asher Reich, Rivka Basman, Aviva Doron, Yisrael Bar Cochav, and me along with a presentation of Raquel Halfi's poetry. This takes place at the Mishkan leOmanuyot, the Artists Residence, 7 Yodfat Street. It's in Hebrew:

An article about Franz Kafka and the terrible state of his papers in haaretz this weekend reminded me about a woman I met a few times who was Kafka's girlfriend before Dora. Her name was Pua Netzer and she was a cousin of my late mother-in-law. More interested in being involved in the building of Israel than in becoming part of the literary crowd in Prague, she passed her Hebrew student Kafka over to her friend Dora. There are a few letters around from him to her, but who knows about the rest?

This whole issue reminded me of other papers lying around in Israel - Yona Wollach's poems in the shack behind her house, Amos Kenan's papers and letters burnt up in a freak fire, Shalom Aleichem's papers crumbling in plastic envelopes in a safe in the Shalom Aleichem house... Who knows how many more letters and books were thrown out on the streets of Tel Aviv? We never have any room to keep things, to treasure the past...

The bianelle tonight that included my poetry reading was pretty cool. Herzlia seems like the end of the world to me, but there were lots of people, Benny Efrat, Raquel Halfi, Rivka Bassman, Aviva Doron, etc. reading and/or somehow included.

The next few days will be coming from Berlin. What does Berlin have to do with Tel Aviv, you ask? Well, we'll start with Kurt Gerron. I'll let you know.

Our first day in Berlin was filled with self-reflection. Not only the Holocaust Memorial, a great place for children to play, and very lonely if you think about the massive loss... 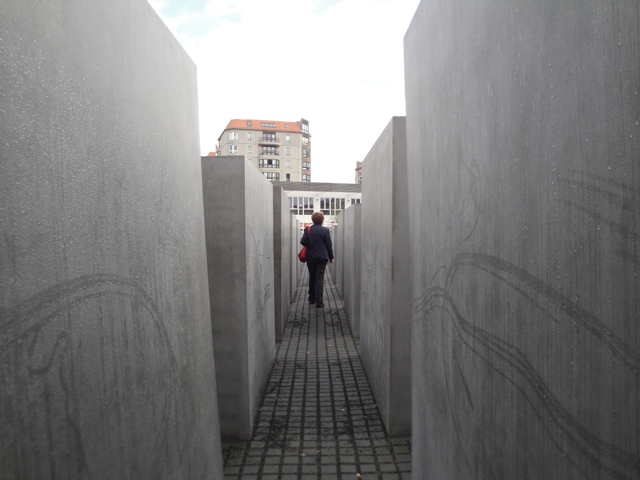 but also the Phoenix statue, in Potsdammer Platz... 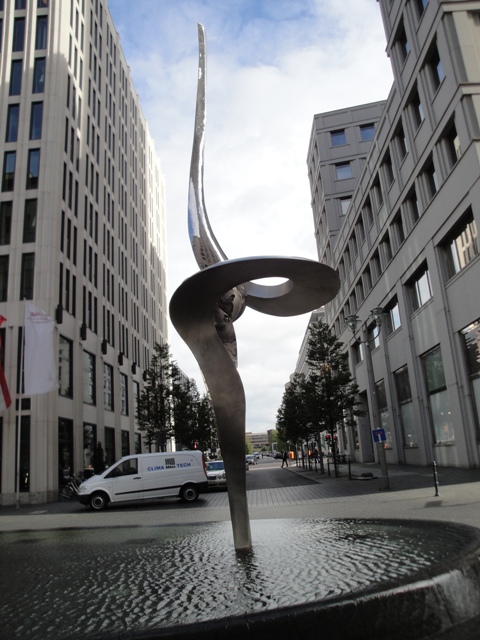 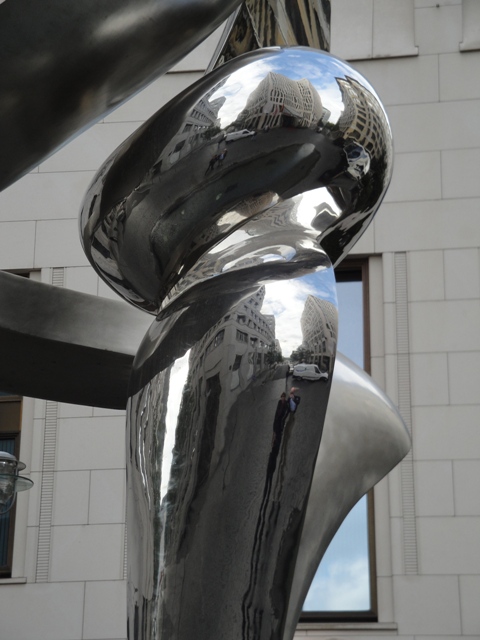 The Museum of Film was the hardest. Fascinating in its effects, the cinematic possibilities, 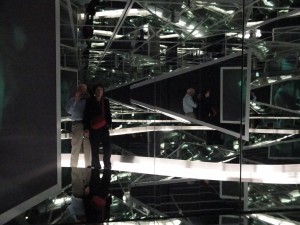 I found it problematic in many ways which I will have to wait until tomorrow to tell you about.