The day was so confusing and busy that I had no energy left to say even a word about it. So I will endeavor to recapture it.
1) Early in the morning I went out to find the new physiotherapy center in Ramat Hahayal. the sun was shining and there were no clouds in the sky, but since this was my first actual physiotherapy in 8 years I was of course anticipatory. And it turned out to be amazing. Whether it will work or not, I was overwhelmed with the fact that I got a diagnosis that emerged from a physical exam as well as a careful examination of history, status quo, CT and treatments. All the questions I was shocked had never been asked of me. It wore me out, but not like the hydrotherapy I had last week. It tired me out mentally because it was so thorough.

From there to the skin doctor who removed a number of moles on my back that scare people who see my bare back but have no other significance. On the way home the clouds had appeared and the rain was beginning to fall

And then the Arabic Lesson. The rain had built up to a storm, with hail threatening the basil on my window, and I feared the teacher would not arrive. But she made it, a bit wet, and so did my daughter-in-law and my husband, as well as my two-year old grandchild (baby sitting husband got caught in the rain on his motorcycle). All right, you missed a wonderful session, where even I learned something, and even forgotten words rose to the surface. If you missed it, go to Arabic to use and get ready for the next one.

The new book is back from the printers. It is gorgeous. 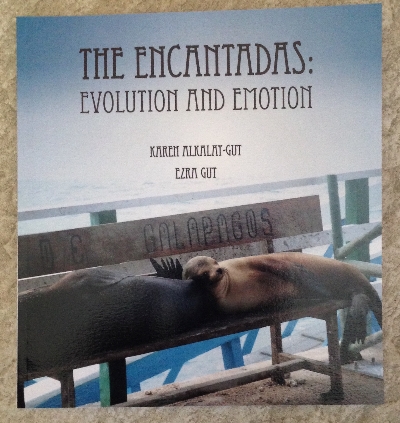 Tonight I watched my husband talking to a woman who grew up in the apartment downstairs from him. People who grew up together always have a special relationship, but Tel Aviv natives have an even more intensive relationship. Their lives were so interrelated they are like siblings.

This is only part of the excuse why I didn't get to the Rabin memorial last night. I too got incredibly involved in conversation and when we passed the square later we saw we'd missed it. How silly of me to let that enormously important event slip past. Thank goodness there is another memorial at the university on November 5.

Raviv Drucker has an article in Haaretz today about how we can get rid of the Prime Minister who has done so much damage to this country. All it takes is to work together - but we have too many egos among our opposition leaders.

"The delivery man hasn't any idea when he will get to you today," my printer said, "He's on a motorcycle and he says because of the storm he's driving like a razor blade." Whatever that means. There was such a thunderstorm and such a mess that I could barely make out there were warplanes flying overhead. "What does it mean?" I asked Ezi, who knows when to take things seriously. "If it means something," he answered, "We'll know soon enough." I'm not as trusting. Our news lately is mostly gossip - Shula Zaken testifying against the former prime minister angers me because it is a distraction from the immediate problems.

For some reason I really believed that the Galapagos exhibit would be shown in the central library in Tel Aviv. It seems appropriate. But it isn't happening I found out yesterday. My publisher and the guy in charge of readings in the library seem to have had a disagreement about the exhibit. This means I have to start looking for a place to hold an exhibit and read. I'm on the verge of giving up before I begin.