Because I can't figure out how to resize my photographs on my upgraded computer i have to wait to put up pictures of our visit up north. We are in a moshav near Nahariya called Ben Ami at the Bar On holiday homes. It is great but we will be leaving soon and it is regrettable. i suddenly realize that if i could actually go somewhere quiet and write I might be able to get together all the pieces of books I have floating around on my computer. And I could get some fresh air at the same time. 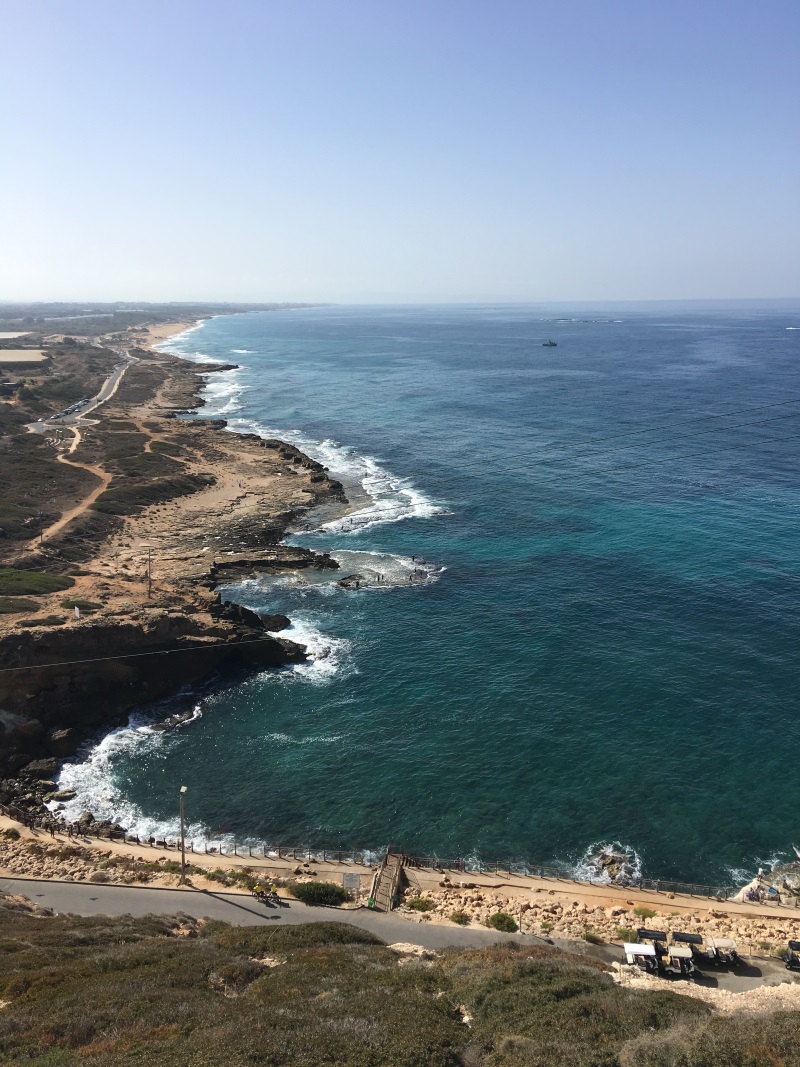 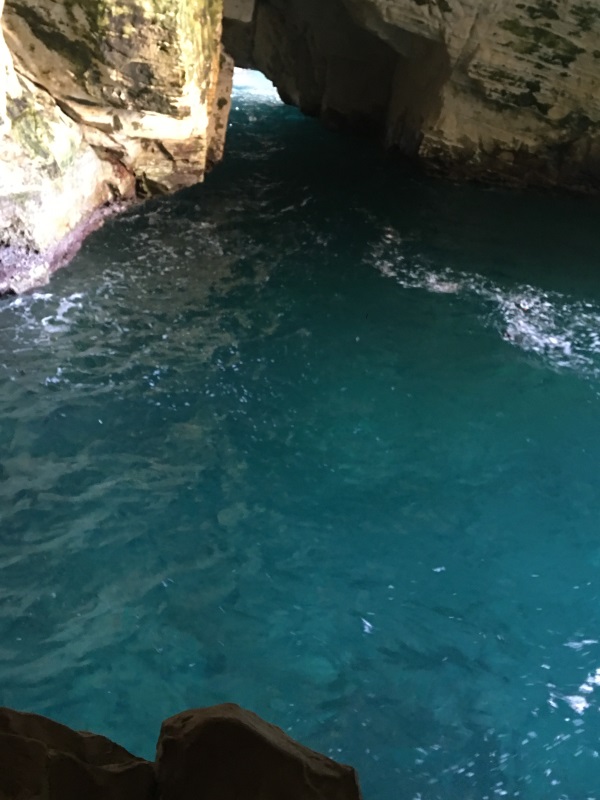 Wandering through nature- up and down the serpentine road - Ezi told the children the story of the conversion of the robbers on the mountain. the robbers, who went down for one more attack, were killed when the mountain fell on them, and the dreamer, who had been left behind on watch, was saved. But instead of saying "The Prophet" came in a dream to one of the robbers and converted him to goodness, he said, "God." The children were impressed with the story, but six year old Omer looked down over the canyon thoughtfully and said, "There is no God." On Erev Sukkot.

At lunch today in Neve Tsedek, people were still talking about Bob Dylan. "What do you think?" For the past 4 days I have been out of touch with the world, in Moshav Ben Ami, at a place called "Bar On Holiday Village," with all my family. No one talked about Bob Dylan. Except on Facebook. I wrote "Oh come on - Bob Dylan has reached more people than all the literary winners of the Nobel Prize together. The words and the music dialogue to create a different form of poetry that works to move and motivate people. This is a genre we are all so familiar with we don't even pay attention to how much it influences our daily lives. The only surprise is that I was sure the Nobel Prize committee was too stuffy to know he exists." and it start a whole long chain of comments. But otherwise noone was interested.

There was another question that no one was interested in - the revealing of the true identity of Elena Ferrante. I can't stop being angry about that. About respecting privacy. With all my sharing of information I don't believe someone else has the right to share information about me or any one else without my/their permission.

How silly to write about these issues when we have no control over them. Our wonderful escape from the city to the little houses at Bar On has shown me once again how we must escape from those issues we cannot control. And yet, as we stood at the border of Lebanon the day before I couldn't not help but think of the dangers of cultivating only our own garden. Now as Isis is weakened, Syria, and perhaps Russia, will be turning their attention to us.

Just as I was going into root canal, i start getting phone calls about fixing rides to Mughrar. People on the list of speakers backing out, asking for rides, cancelling cars. I tell them root canal, they say 'i have tickets to a movie.' i say the dentist is waiting, they say, 'we'll take a raincheck.' Root canal is easier than organizing a memorial service.

Last night we arrived home around midnight. Ezi drove both ways in traffic that a tortoise could have napped and beaten. It was more than two hours to Acre, and then another hour to Maghrar, and by then I was exhausted (and I wasn't driving). It was a very formal evening in the community center, a few hundred people, mostly men. Important men. Including Hamad Amar who is a member of the knesset (for Yisrael Beiteinu, yet) and really impressed me. Most of the speeches were in Arabic and I could only get the gist of them, but i could well tell they were extremely literary, poetic, and impressive. As I was called up, I suddenly understood that I was suppposed to be giving the speech of Gavriel Moked, who couldn't make it. But I had no speech of his. All I was going to so was read a poem of his. so i burbled something and then read the poem. I read it with everything I have. But I felt as if I had screwed up my appearance and shamed Naim in the process. Nevertheless, there was applause.

The number of Jews in the house could be counted on your fingers. Three Jewish women who spoke, their partners, and Eran Zur, who sang - incredibly well. it was one of those evenings you can't understand wasn't written about in the paper the next morning.

But I haven't even seen the papers today. First thing in the morning I took the kids to the park. Bnai Yehoshua was always a favorite place of mine but I haven't been there in years. it's like a perfect park - hot air balloon, a little lake for rowing, bikes for rent, a bird sanctuary, ducks in the stream. 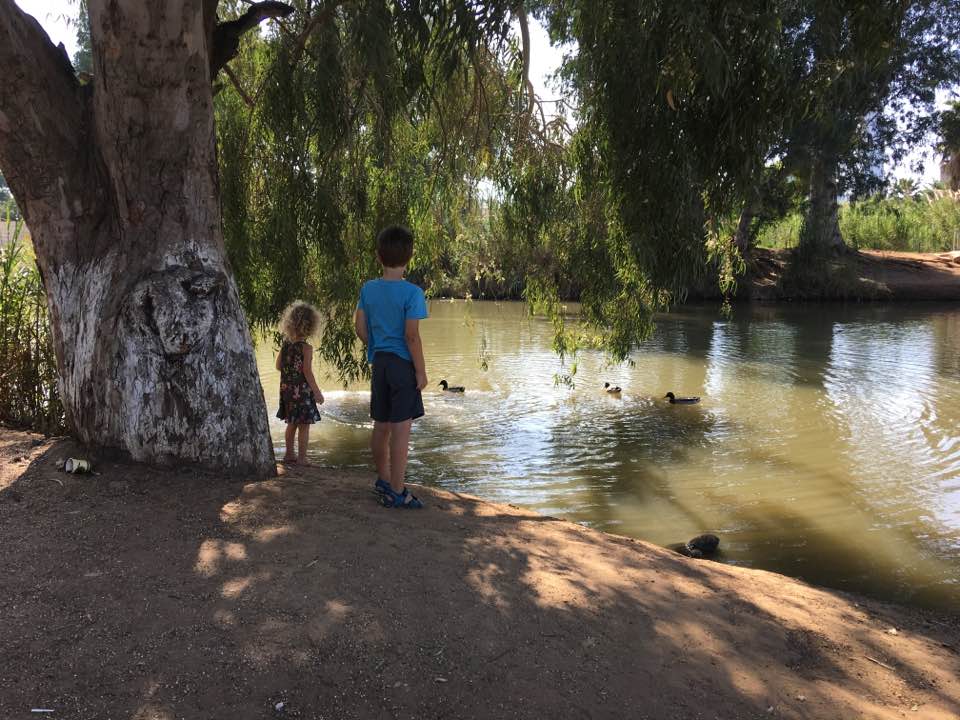 With all that went on this week, we kind of collapsed today. I kept saying I'm going out to buy food, and some combs and stuff to help me control my hair - which has once again gone quite blond and makes me look ten years older. But in the end i did nothing but talk on the phone and read the paper. maybe arrange a little book of poems. It's the one about domestic poems that dialogue with the home. It will cost $10, but you can preorder it for only $7 here

We are sick of holidays and all the visiting they entail. Well, maybe just a few more tomorrow. The problem is that school is out, and nobody knows what is going on. We're all disoriented. Even the Haredi families who visited the park yesterday and ate in the public sukkah seemed a bit off kilter. We spoke to one little girl at length before I realized her father was allowing it because he was on the phone and wasn't paying attention to all the reoubles he sister could get into.

Apologies to those who have ordered my books through Amazon this week. The Post Office here has gone wild and we can't even get an appointment for a place in line. well did - on Wednesday we got a spot for Sunday. And that's going to be a long wait. Holidays, you know. Even my printer took a three week vacation.

After we came home from breakfast with friends, we watched the last debate. I didn't think it would be surprising but it was. Trump was right on a few major points, but he got all farmished. I could imagine a more clear thinking candidate tearing Hillary apart on Isis for example. But he didn't. Still it was fascinating to see how different it was from the reportage about it. One reporter guy in the post-debate accused a pro-Trump analyst with "Don't try to polish the turd." I don't know who he was but he was great.

I preferred to watch this: