"How come my party wasn't in your diary?" my friend asks. I have to repeat - this isn't my life - it's my life as a tel avivi. My life and my friends' lives deserve respectable biographies on their own. And what if i write that i saw Haim S. at Nona Cafe and his wife reads it and thought he had gone to the doctor? Or what if I write about my party and someone writes to complain that he hadn't been invited?

During the last earthquake I was standing in my sister-in-law's kitchen when the refrigerator moved. It made me get very aggressive about trying to strengthen the pillars on which our apartment building stands. The tenants got together and compromised and put in some crosscolumns that probably don't do too much good but make it hard for me to complain. But today's earthquake reminded me: We're on the Syrian African Rift, you know.

And while we're on the topic of the punishments of the Lord, while walking in the middle of a storm today, I suddenly wondered whether there were witnesses when God promised Noah that there would be no more floods. Yesterday the street leading down to my house was a river. But tonight there was so much lightning in the sky I could only think of the universe and not the earth down here.

Snow in the Hermon Mountains, hail in Gaza these are unusual days. Is it possible that even Annapolis could work? It's just as fantastic possible as nuclear war around here. But now I must shutt off the computer because the lightning is right here.

Like Joe Btfsplk from little Abn'r I look out the window and the sun is shining, I go out and the rain falls like a bucket on my head. But that's not why I hate November. My parents both died in November, Rabin died in November, Daniel, Robert, and a number of friends all younger than me died in November, and today is the day that Kennedy was assasinated.

In Tel Aviv you can't have the same kind of gloom that - say - they describe in the New York Times long ago. The weather always changes to a brilliant sun and the sea is beautiful warm or cold, stormy or placid. I think that may be why Tel Avivians are more left-wing and more trusting than Jerusalemites. The coast is for celebrations, not gloom.

So now that I have moved into dry clothes and look out at the waist high avocado trees I planted in August from pits, i think it's time to go out and do some celebrating.

Or at least some good. Remember what Kennedy wrote: "A man does what he must — in spite of personal consequences, in spite of obstacles and dangers and pressures — and that is the basis of all human morality."

So we were sitting in Pappa's, some friends my age, and talking about the fact that if we had the right sense of community we'd be volunteering to teach in schools around the country. Ezi raises the fact that there is so much more of a community then there was when he was growing up, that even though people have come here from so many different societies there has been so much mixing that there is hope for a blending into a new identity. It would be nice to think that I too might have something to do with this new identity. But it just be that I drank too much...

Take at look at this site: Breaking the Silence. I don't have the personal knowledge to back this up, but it needs to be acknowledged. And I believe it.

A student film by Danny Rosenberg called "In my Father's House" had its first showing today at the Cinemateque to a large audience of young people in the 'business.' The unusual part of this film about the 1948 immigration of Jews to Israel is the fact that it is in Yiddish, and concerns the loss of Yiddish mentality. I didn't get the plot, but the film is powerful. It should go places.

For me Yiddish is a personal language. It is hard to see it in any way but as the voice of my past. So when I see and hear it in media I fight the conflict between my own memories and different realities. The songs of my past rise up at the slightest encouragement clearly and completely, but sometimes it's hard for me to grasp the reconstruction of yiddish today. Maybe I'll write more about this tomorrow, but I've got to try to get to bed early tonight. We're going to inspect the walls around Jerusalem tomorrow. And bring a camera.

"Hope to see you on happier occasions," I say to my tour buddies as I get off the bus at the railway stations. The rest of the group still have a way to go up north, but I'm happy to part from them today. We had one chilling experience after another in Jerusalem today as we visited different parts of the wall, separating... well it's hard to tell sometimes what exactly is being separated.

It was quite a lesson for Annapolis. I can't see how the mess that has become Jerusalem can be straightened out. Here are some examples (there are of course all pictures by Ezi Gut and shouldn't be used without his permission) 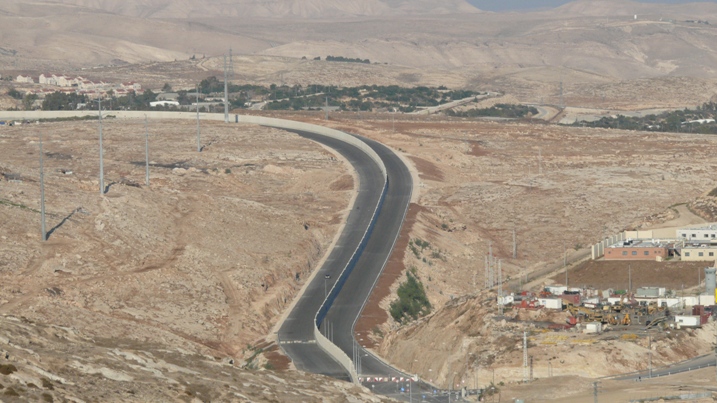 Jerusalem in the changing light - new buildings, ancient buildings, christian buildings, muslim buildings, jewish buildings. Sort them if you can 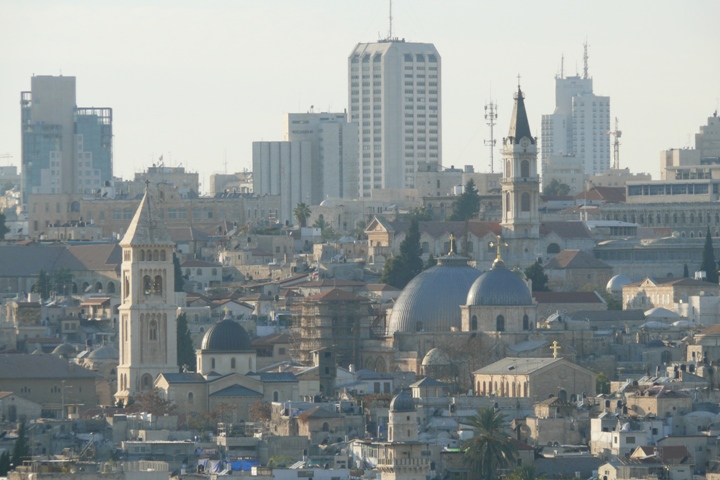 Orient House has been closed for a while - the most action is when the white cat succeeds with the tabby he's been courting all afternoon. 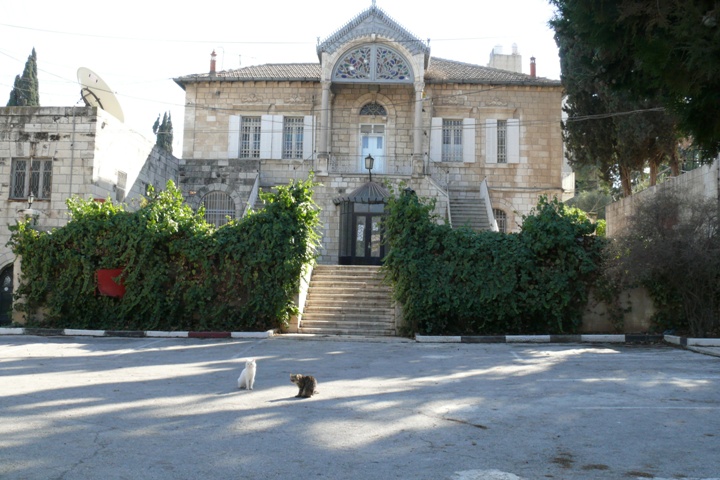 The Wall - as convoluted as the demography