After a day of cooking and cleaning up, we're watching an old Israeli series, "The Conductor," that's we've seen but forgotten. It has a romantic and interesting plot, but more important to me, it incorporates analyses of classic Hebrew songs that I really love. "There were nights," for example. there are some really beautiful songs - sometimes with Russian influences, sometimes Arab, sometimes so purely Israeli. I guess going back in musical time reconnects me to why i came here in the first place. At the airport the other night, a trumpet was playing "Simona from Dimona" and I remembered the first time I heard it - when i was about 11 and my mother was getting a certificate for teaching Hebrew. I must have been staying with her at Cornell University and there was a series of three week courses she would take every summer. The feeling of love to the country and the language was incredible.

i was gripped with fear this afternoon - what if Liberman makes a deal with Bibi that he will be second in command and then Bibi has to give up his role because he's charged. Then I calmed myself. Even that isn't my worst nightmare. i've had worse.

And they are coming true right before my eyes. Liberman has been playing with Gantz and he will continue until the last day possible. unless, of course, the president takes over.

But we have to live our own lives, my horrified friends say., but how?

2 Rockets were shot up north at 5 this morning - the media is going crazy over it, because, it was announced, the rockets were Iranian. And maybe we're not prepared with protection against rockets. Maybe. But my friend on the Metula border says she didn't wake up, sleeps in a double concrete room in a concrete house, and is ready for everything.

We actually went up north today - but only to Ras Ali where we began our walk to Beit Shearim. Goodness that was hard. And i even gave up and took the bus for part of the trip. But it was worth it to see Rabbi Yehuda HaNassi's real grave 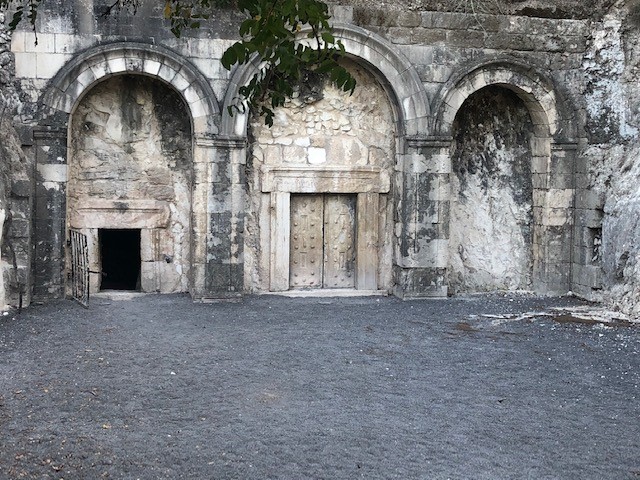 We crawled in that side door of the impressive facade and were impressed to hear that the great Rabbi ordered that he be buried directly into the ground, not a sarcophagus.

We got to see what is thought to be the base of the Sanhedrin. and the home of Yehuda HaNassi.

There wasn't enough light to photograph much by the end of the trip, but Ezi did send a shot of the actual seat of the great rabbi, the toilet of his extensive home. 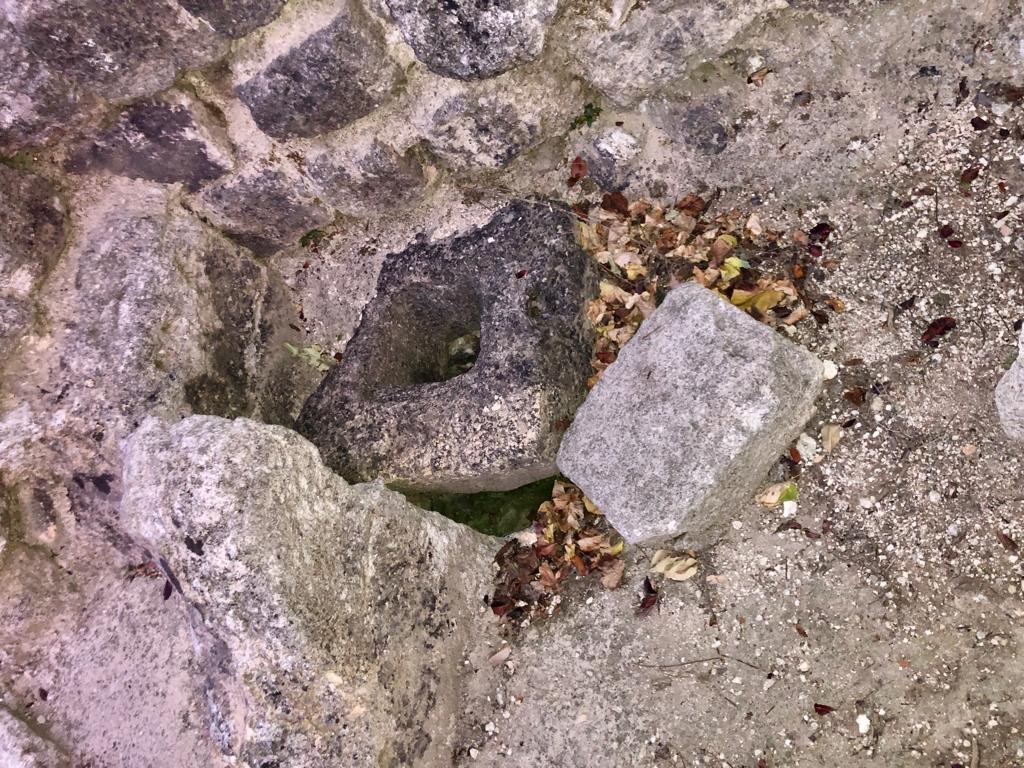 Don't ask. We have a defense minister appointed only to appease him and keep him from abandoning the PM and whose knowledge of military affairs appears to be ideological and not practical. we have no government and no decisions about trials against the PM, the minister of interior, the minister of labor, and questionable cases against two of Bibi's major operators - Biton and Eshel. And these people continue to determine our laws and practices. Where is Judah HaNassi when we need him?