soemtimes i'm so relieved i can start a new page and clear away yesterday's bull.

Donĺt take me too seriously Ś- it scares me to think
every word means something deeply to you, that
in twenty years you will blame me for giving
the wrong advice, and I will have no idea
of what I said. I reserve the right
not to pay attention all the time ľ to sleep, slipping
into my little world where only I take myself

On the other hand, I have never been wrong about a restaurant, right? So when I recommended Pappa's, I meant it. And I was right. See? Even Daniel Rogov the restaurant reviewer for Haaretz, agrees. He loved it and,a click here will return. He'll probably find me there too.

I have joined the masses. i was kissed this evening by Yevtushenko. He's a saucy poet too. Just think, in 1961 when "Babi Yar" came out, this poem exposed not only the mass murders of Jews, but also the Russian historical silence about it as well as the whole idea of identifying with the 'other' at a time when the idea of communism was to incorporate the other. And the poem woke up the world. I seem to remember that my mother read a translation in Yiddish to the Kultur Club, but cannot be sure because there are no records and no living witnesses.

But Yevtushenko stubbornly refuses to fit into the stereotype of the champion of the jews. Even though he was brought to Yad Vashem, the Holocaust memorial, in order to be praised for this poem (and received an unprecedented standing ovation when the evening opened) he wasn't going to simply 'fit in' to the role. His second poem, about a child in Jerusalem named by his parents "Babi Yar" - to remind the world, ends with the dream of an Arab and a Jewish child sitting together. He was trying to break out of the confines of his typecasting, and even spoke mostly in English (despite objections from the audience). And even while in his third poem he adopted a whitmanian kind of incorporative ego, he also showed influence of the self-mockery of Allen Ginsberg in, say "America," or some of the late poems where he says where he wants to be buried (like Yeats) Yevtushenko wants to be buried in Russia, of course, where he first experience life. Boy did I enjoy myself. I even enjoyed all those Russian ladies walking out when he read in English and then mobbing him for autographs after the show.

I have to mention this little conversation. Last night I asked the director, of the Yiddish Theater, Shmuel Atzmon, if any of the plays of Hanoch Levin have ever been translated to Yiddish. Oh, no need to translate Hanoch Levin into Yiddish - his plays are WRITTEN in Yiddish. I mentioned this to Rena so I would remember this line, and her laugh transmitted all the way from Canada, but I knew I'd have to write it down. But who would else understand the significance of that? That even though Levin is so well known as an hip Israeli, his whole cultural source is Yiddish. and he is not the only one.

in an inspiration from Yevtushenko, I remembered this poem by myself (that I wrote I mean):

A DETAIL of HISTORY

In the military laundry at TobolskŚ
Where they cut a hole in the riverĺs ice
To get water for boilingŚ
The uniforms that came from the Front
Sometimes unfolded surprises,
Like limbs or intestines.

In the waters of the Irtysh
All was made clean.
All that is left
Is the bright unfading memory
Of a woman who washed the clothes.

be sure to tell me what you think

"A Detail in History," in response to numerous queries, was something a friend mentioned to me about her mother in WWII. It's the kind of story you can hear incidentally around here all the time. There are so many tragedies from all the corners of the earth. Just ask, just listen. When my family first managed to buy a house in Rochester, they took in many refugees. I remember them all, but the one who was the most important to me came to live with his wife and son from Germany. Eventually they learned English, got jobs, and moved out. But years later when I had my usual problems with coordination in learning to ride a bicycle, Ignaz Winter ran behind me for miles, patient with all my fears and falls. The fingers on both of his hands were twisted, clearly the result of long and extended torture, and his middle three figures were pretty much useless. But I never asked him what was done to him, or even where he was during the war. For all those years and all those people I didn't ask, I try to ask now.

Birds are flying south - they pass through and stay for a few days (over 40 thousand cranes this weekend). If I manage to capture some of them I'll put them on line. If not I have to admit one thing - they look like tourists. There is a difference between the way a local bird sits, sings, flys, interreacts. And the tourists don't seem to get acquainted with the locals.

Walking through the Yemenite Quarter yesterday I was amazed at the speed in which it is becoming the French Quarter. "A Vendre," a big sign announces. Gentrification at the hand of foreigners, interesting.

Noah's rain today and hail the size of ping pong balls - for five minutes, all right, thirty. There was a river ankle deep running down the street, and lightning immediately the thunder. And then it was over and the thirsty land was washed of topsoil.

Then i had to go to a meeting at the Ramat Aviv Canyon and suddenly there were raincoats advertised everywhere.

Now why can't we be prepared for war that quickly? 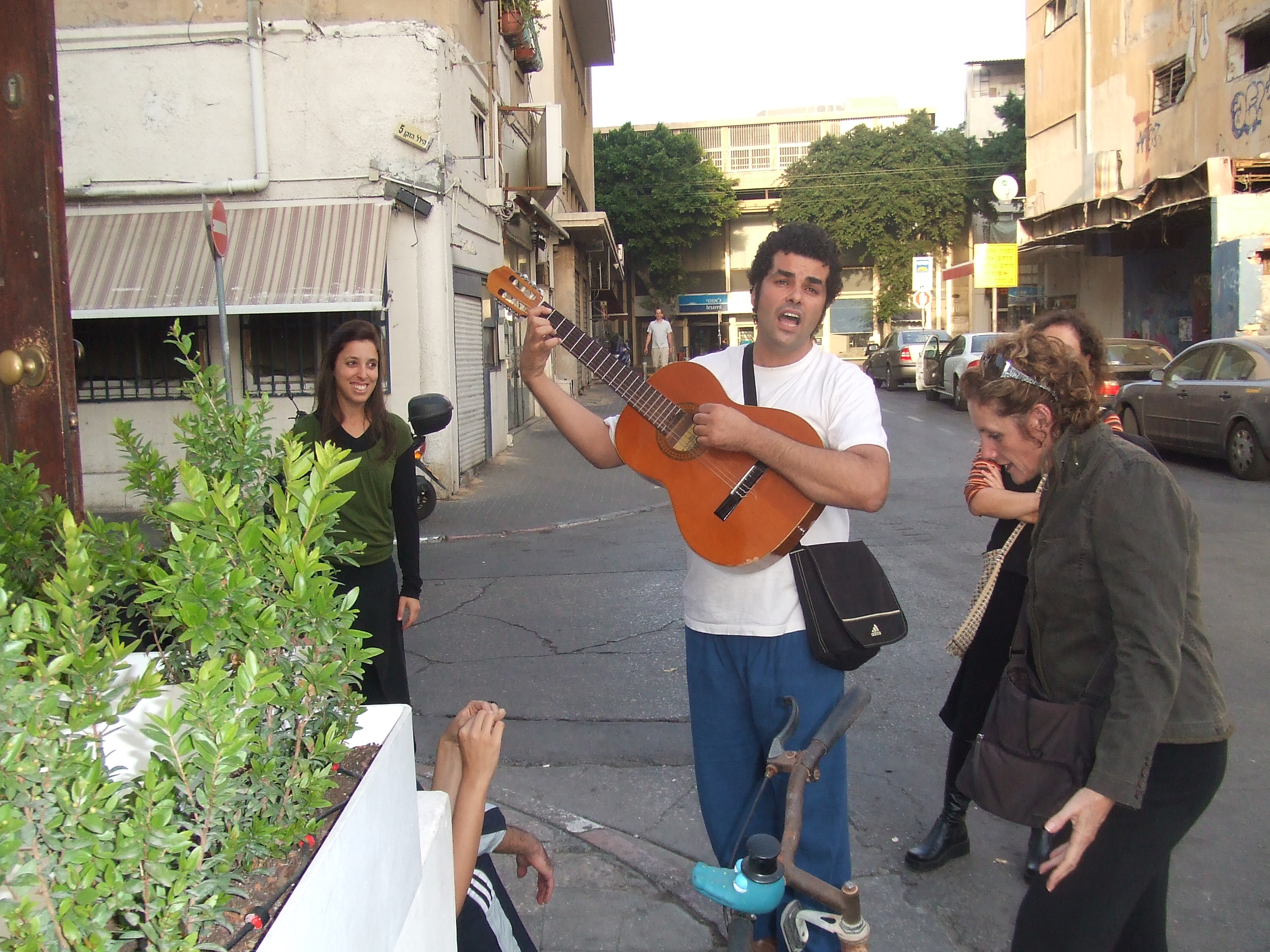