Tali's cooking school in the Mahane Yehuda Market is an experience. First you go with her to pick the ingredients 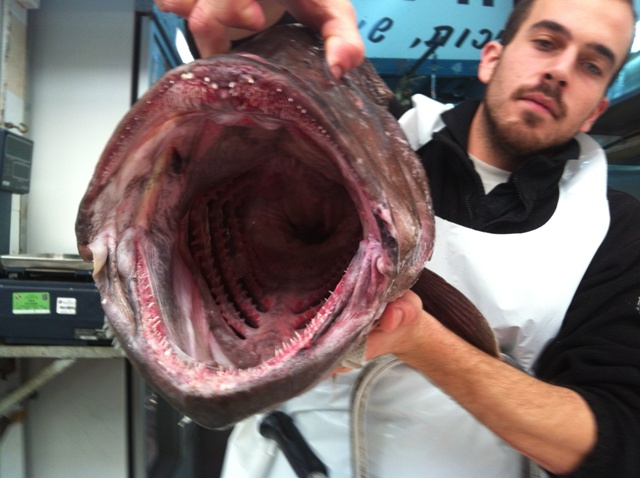 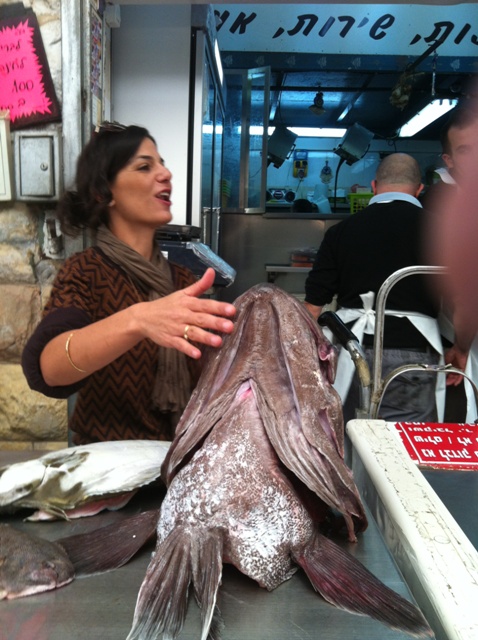 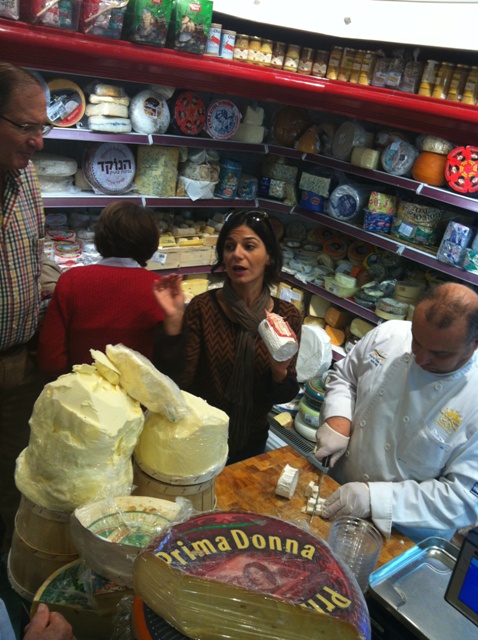 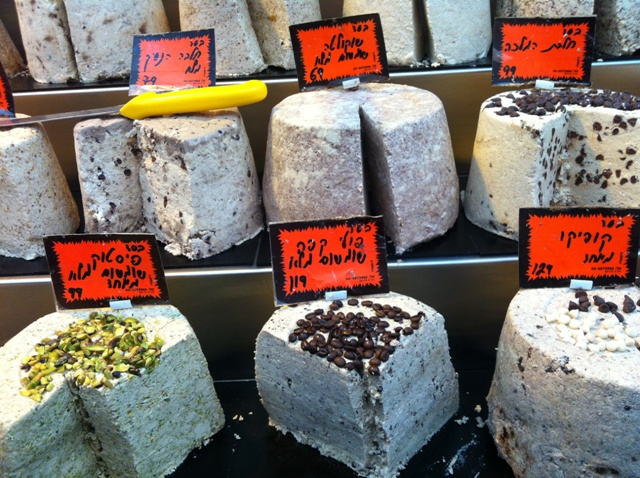 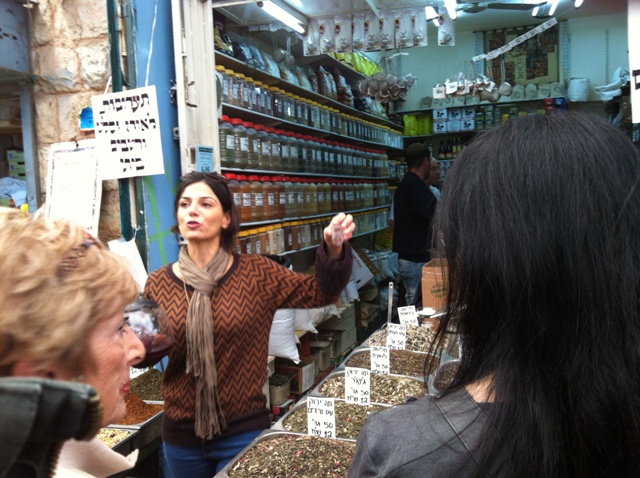 And then you go home with her to cook: 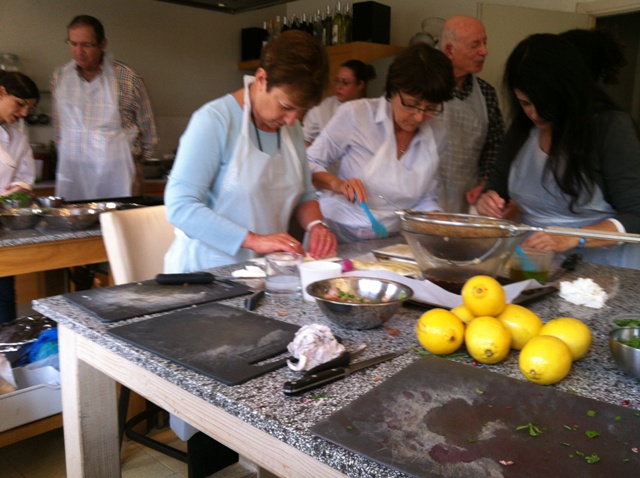 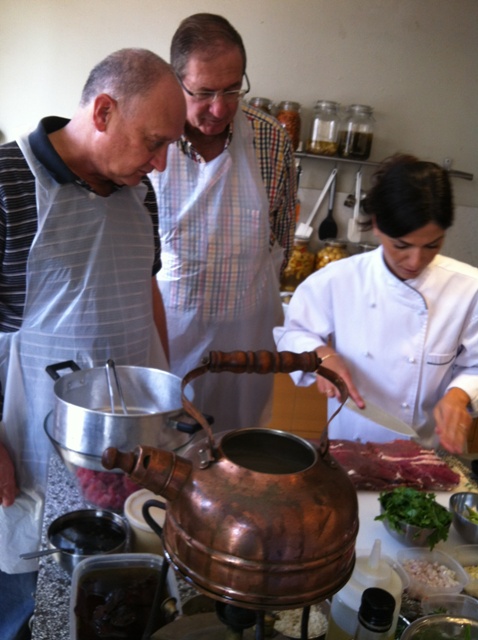 And then you eat. Whoops, there's nothing left..

We were in the market when the news of Katzav's sentence came in. A few women said 'good' when i pronounced the 7 years emprisonment, but I wasn't happy. "It should have been longer, " the woman next to me spat out, just like the <"a href="http://www.ynetnews.com/articles/0,7340,L-4146762,00.html"> news did. But I was sad for him for a moment. Even though there are so many incidents in my memory of harrassment. Not just in this country.

Forgot to mention, there's an article in Ha'aretz today about the loneliness of English writers in Israel. I was a little embarassed about mentioning it, because it's a little humiliating to be a kvetch, but after the load of letters I've been getting from people in the same situation I realize it was worth publishing. Nobody's commented on the article on the site yet, but if enough people write me I'm going to do something about putting all these people together.

Today, like yesterday and the day before, were presents. The weather was magic, and the sky looked like the inside of the umbrella i was carrying around with me. it's from the MOMA and although it's black outside, inside it's baby blue with cottony white clouds. We were on the boardwalk by the port for a little while, overwhelmed with the beauty of the day, and its vulnerability.

It's amazing how many things you overlook. There are things you miss even though you want to be there - like the poets' protest the day before. But there are all those things you kind of skip over - I probably wouldn't have gone to this event: Transcending Tradition - Jewish Mathematicians in German-Speaking Academic Culture

had I not been connected by family to mathematicians and connected by friendship to the organizers. What a mistake I would have made. What an exhibit. And in the Diaspora Museum no less. Just the fact that a third of the mathematicians in Germany in 1930 were Jewish would have been a major point, but that the exhibit focuses on the the lives of individuals, all lost to the field, and lost to the world...The loss to Germany, the loss to Mathematics, the loss to humanity, is overwhelming.

This exhibit was the first real sign to me that the Diaspora Museum has grown up.

of course i wrote a poem

Pi are round
Cake are square

Two trains leave Tel Aviv at the same time
One is traveling at 150 mph And the other at 95.
Why is the first one going so fast?
What is the rush? And the slow one –
Why is it always the train I'm on?

"Because I am one and a half times
bigger than you and a third older,
My portion of the cake must be
Let's see .." But I am hungrier
And thinner and use more energy than you…
How do you figure that in?

If thirty percent of the mathematicians
In Germany in 1930 were Jewish
And only one percent of the population was Jewish
How many survived after they escaped?

If a Shihab rocket is launched
From a distance of 1000 miles
And flies 3500 kph
How long will it take me
To put my slippers on
And run down to the shelter?
Can I carry my 16 plus year old
10 kg dog?