Rain began our season, stopped for five months, and now ends our season with a vengeance. Never has there been such storm in the history of measurement here. Is it punishment or reward? Is it good or bad? Is it part of global warming or some Smersh plot to take over the world?

This afternoon on the way home from a movie we were pulled over for a Breathalyzer test. How cool was that! 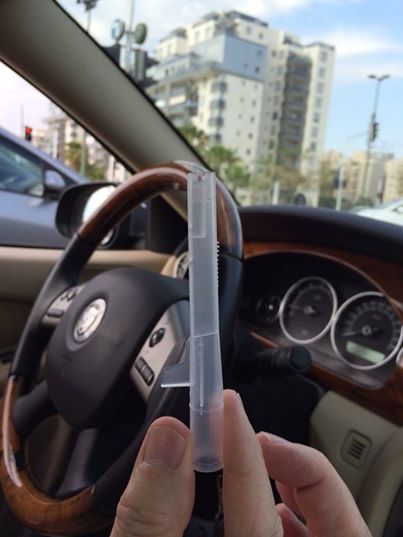 Even the guys who stopped us found it hard to keep straight faces. It must have been some kind of teaching class, but I know one of the cars behinds us was driven by a former alcoholic and i wonder if she got freaked out at all.

The movie we saw was "Faded Gigolo" which I found endlessly amusing from start to finish even though it didn't portray Judaism in a realistic light. My friend kept whispering through the film - "They don't Do things like that, do they?" and I kept putting my finger to my lips and shaking my head. As soon as the movie was over I said loudly to her "It's FANTASY! That's what's so good about it!" "But I don't GET it," she answered, "Why was Woody Allen living with a Black family? I don't think the film was kind to Blacks either." "It's PLAYING on stereotypes" I said, "Even your stereotype of the gigolo against what John Turturro plays here is what makes it funny." "I don't get it. But I liked it." I must take her to more movies. She makes me think.

A little note: Oprah has now explained that her name is from the book of Ruth but was spelled wrong by her family. The meaning of her name is in the story. While Ruth remained with her mother-in-law, by leaving Orpah showed her the back of her neck, her "Oref." This is my take on the name. Any comments anyone?

Can't wait for the Pope to come here and see all the defaced churches, mosques, synagogues, etc. To see first hand the racial hatred that is being exhibited here now. Some people might point out that there was a period of great violence in the US just before major social changes took place, that when there is no contact there is no friction. But some other people might note that there is too much friction. Am I beating about the bush too much? I'm just trying to see something positive in all this violence.

If the efforts to cancel the presidency work, there will be no one to oppose Lady Macbeth. I don't know if we need a president or not, but I do know we need a new prime minister.