So were the pictures worth a few thousand words?

We didn't get to the big events in the city this week like DocAviv and Open Houses. But our friends don't stop talking about it in between the political anger and frustration at the sociological imbalance. They are wonderful escapes. "Open Houses" brought my friends into all kinds of places in Tel Aviv they've been curious about all their lives, like Dajani Hospital, and the red brick house on Nachmani Street, and they could not stop talking about all the secrets they've discovered in Tel Aviv.

Other friends were raving about the documentary films they'd never be able to see elsewhere - like Teacher Irene, about a Russian third grade teacher in Catamon, who gives a chance to children who might otherwise be lost. Maybe next year we won't be in the middle of the final edits of my book and we can join the crowds.

(Of course many of the places on the tour are ones we know well, like our friend's apartments in the Carmel Market.)

Anthony Julius, Trials of the Diaspora: A History of Anti-Semitism in England. I'd heard about the book before it came out from Anthony and thought then that it would be interesting, but it was only when I had read the wonderful NYTimes review by Harold Bloom and the diffident readers' comments on AmazonUK that I realized how important and necessary a book it must be.

Richard Silverstein was mentioned in Haaretz this morning as an alternative to the enforced silence of the newspaper itself (but not the online edition discussing the controversey here. Silverstein himself points to other sources. I cannot tell if the arrest of Ameer Makhoul is reasonable or not, but gag orders seem to be unreasonable, especially in this day and age.

Richard Silverstein was mentioned in Haaretz this morning as an alternative to the enforced silence of the newspaper itself (but not the online edition discussing the controversey here. Silverstein himself points to other sources. I cannot tell if the arrest of Ameer Makhoul is reasonable or not, but gag orders seem to be unreasonable, especially in this day and age.

The information drips out.Here's this morning's Haaretz on the arrest of Ameer Makhoul and Omar Sayid. I have no idea of the allegations are true or not - it isn't even clear what the charges are - but it is essential that in a democracy the facts be kept in the light, and not be forgotten or ignored by the public. It is incumbent upon every participant in a democracy to ensure that all citizens be treated with equal respect for their rights.

What a stupid play! Carlo Goldoni's "Servant of Two Masters." And how wonderfully it is executed in the translation of Nissim Aloni with a generous sprinkling of contemporary references - slang, pop songs, Arabic, slam. Eighteenth century Commedia dell'arte becomes twenty-first century Israeli. What a great production!

Not entirely unconnected to contemporary politics either -in the sense that the only way there can be a happy ending is in a farce.

As usual in our visits to the Safari, Ezi seems to make close contact with the inhabitants. See a little video 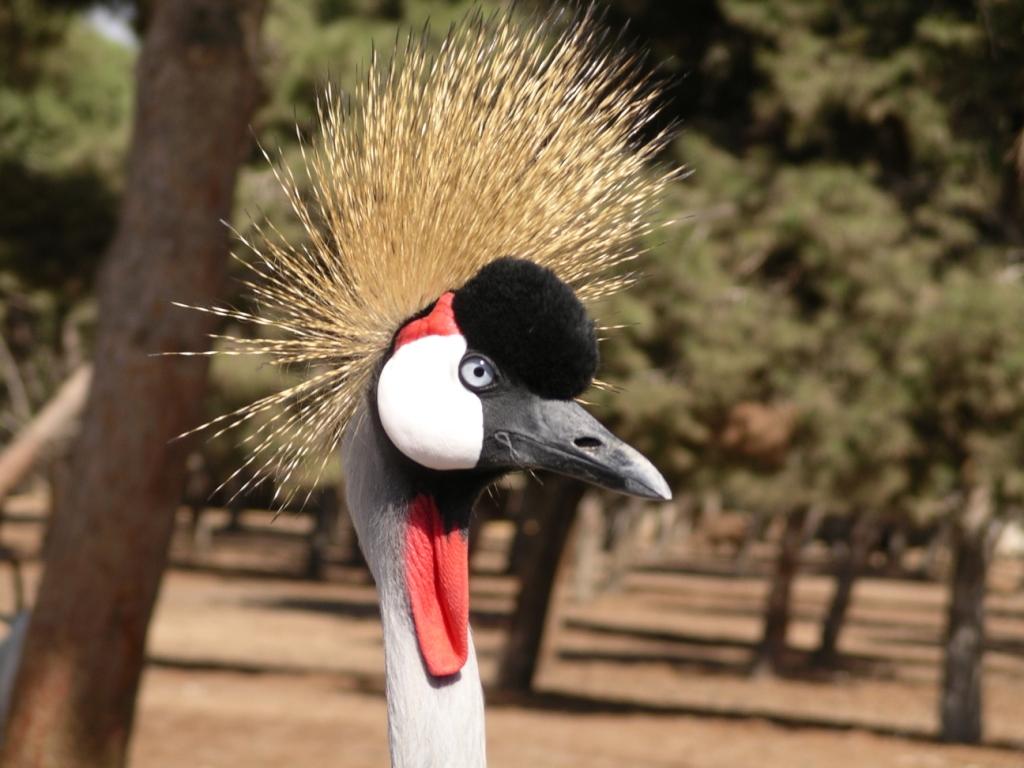 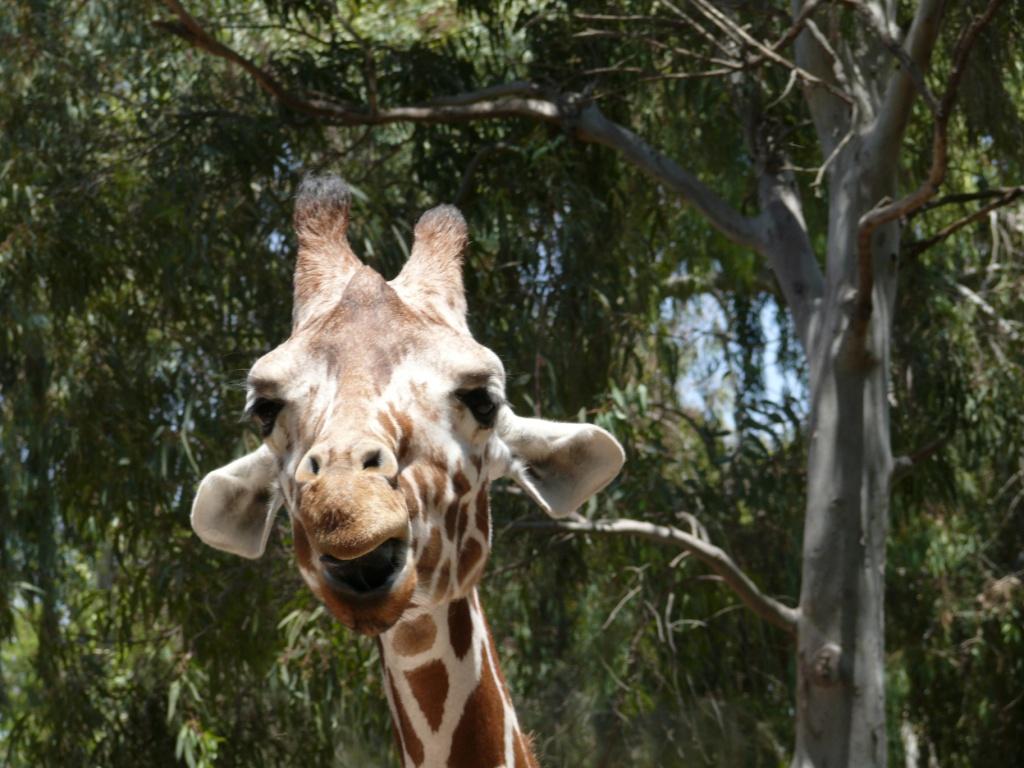 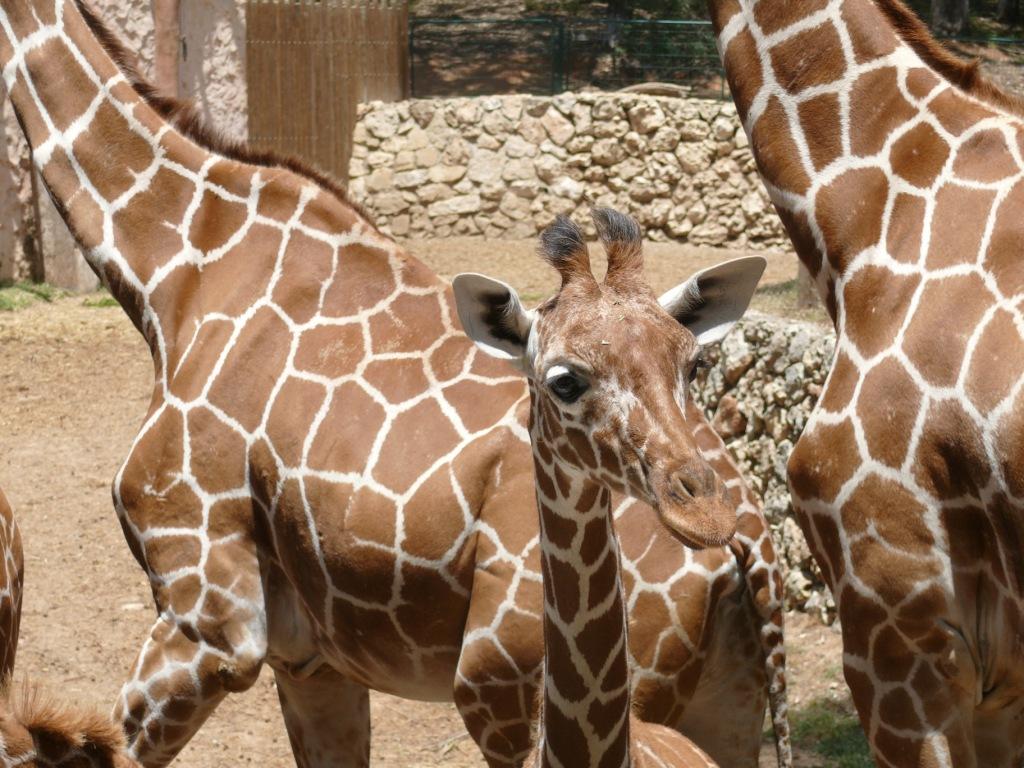 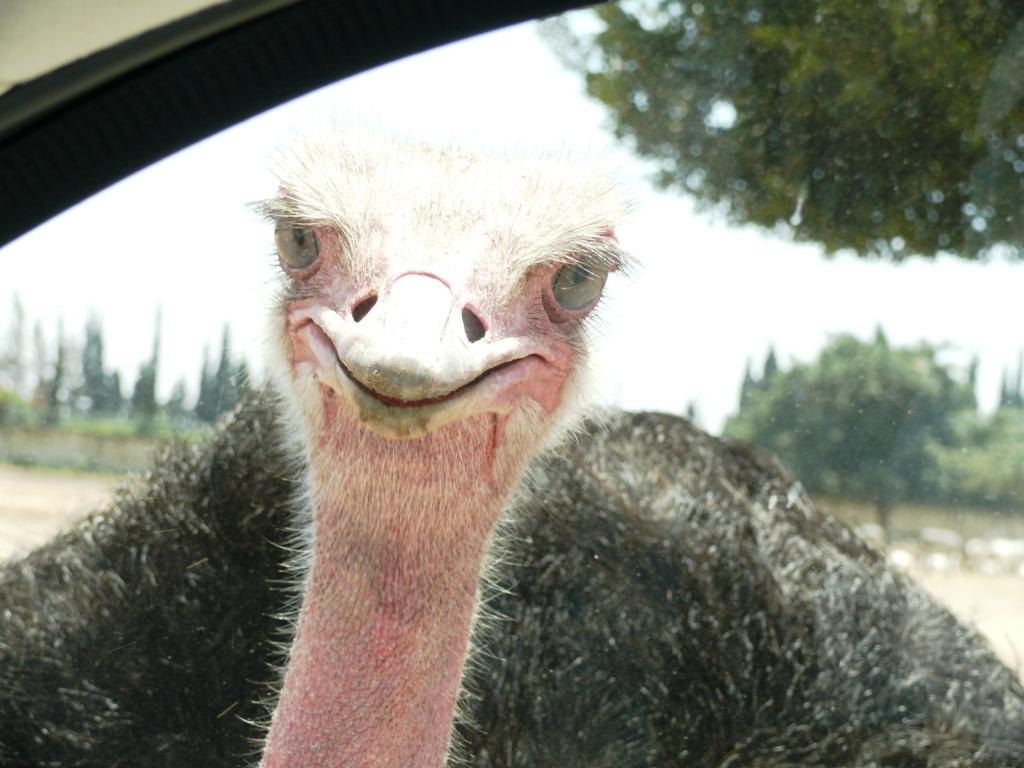 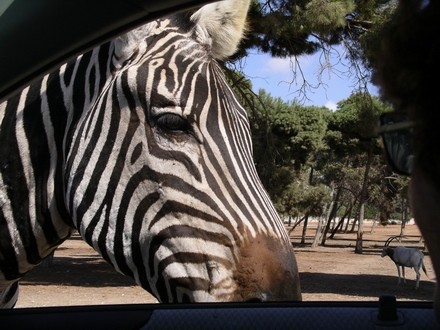 my own pictures - from my cellular phone - were more about the people. 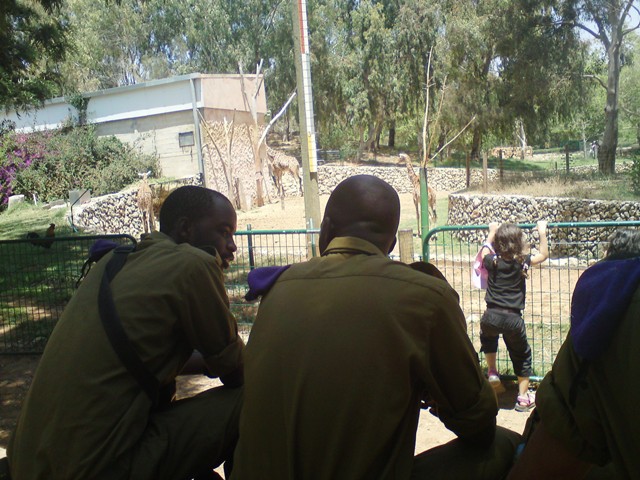 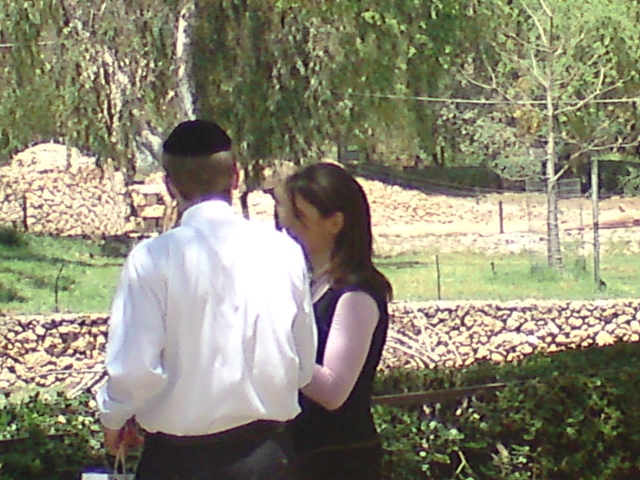 The guy who said "Temple Mount is ours" in June 7, 1967, Motta Gur lived down the street from us. His heroism in the battle over Jerusalem is legendary, and even though I would meet him in the mornings at the grocers - both of us in our slippers - I was always in awe of him. Today he is remembered as the man who raised the spirits of all Israelis that day that Jews prayed at the Wailing Wall for the first time in decades.