Amazing how a 'rest' exhausts one. We are all yawning. But the clean air of the desert has one advantage: at least we have escaped Lag B'Omer fires.

new government - what are the possibilities of success?

I might put up some poems of the Dead Sea but what was really engrossing today was a seminar - at least four hours long - of the students of Bezalel on the work of Arpad Gut.

Ezi was in his element here = since he provided much material to the students and they taught him a great deal as well. 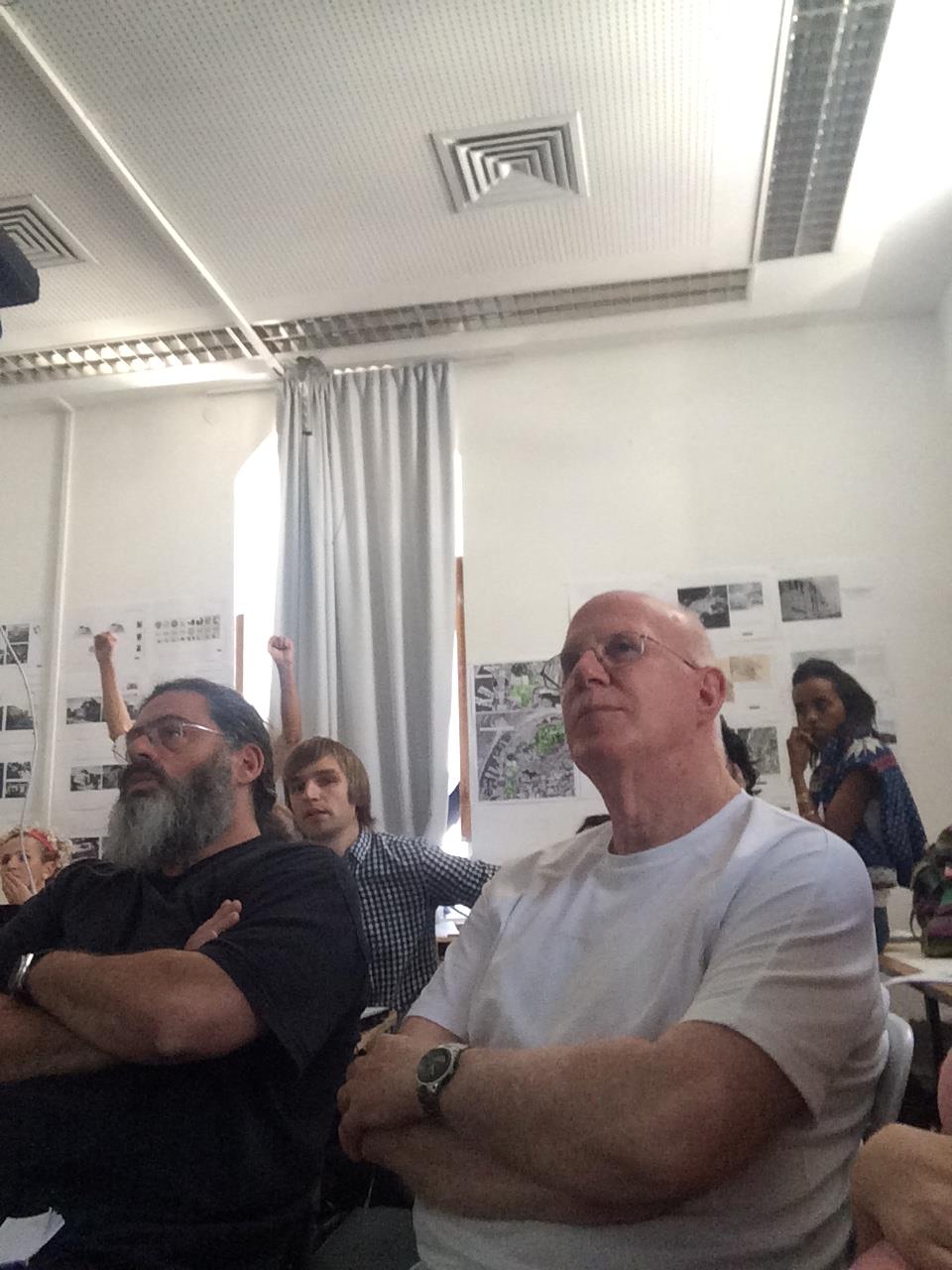 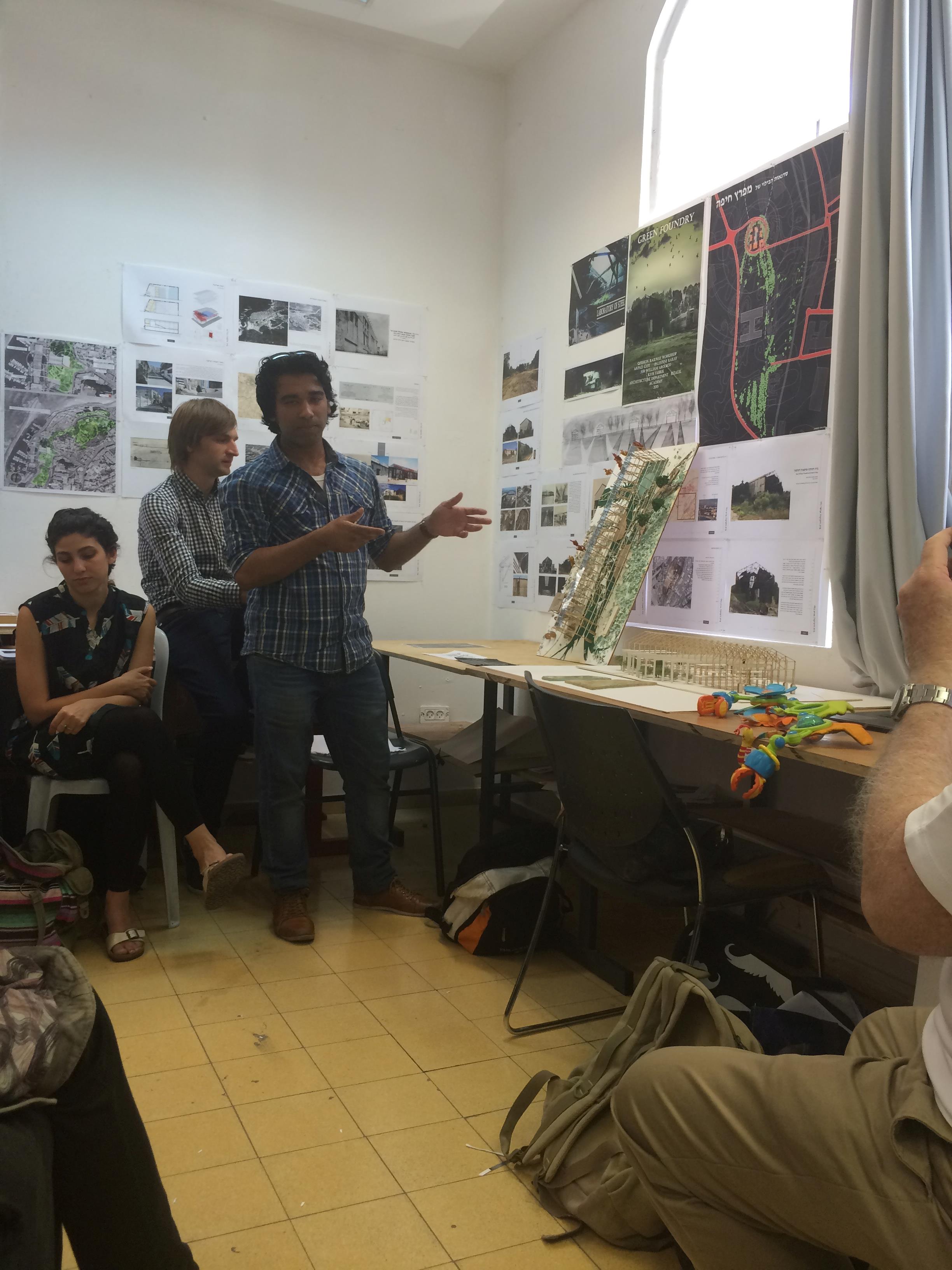 the bartender at Pappas has won my heart. He's one of the first guys who's gotten me to drink in a long time. The only problem is then we start talking politics and all the beautiful effect of the gin disappears.

This should have been written on May 8 about the photographs above. We went to Bezalel to listen to the fifth year students present their proposals about preserving the constructions built by Ezi's grandfather. I am usually good for an hour in a classroom. after that i tune out. but they were talking about buildings i have learned about recently and worried about - the big synagogue in Tel Aviv, for example. how to make it more accessible and useful. i hate walking by it now - but the students discussed the potential of the place. This very concept of potential in this country fills me with pleasure. Other places he built include the port of Jaffa, the buildings next to the Bloomfield stadium in Jaffa, Nesher factory in Haifa, and a couple water towers in Tel Aviv. All this after over 640 buildings in the Austro-Hungarian Empire (before he became prisoner of war in WWI for 4 years). There is much to tell - too much for here.

Poetry, I told a class today, takes you out of yourself, helps you to get into the 'other/' 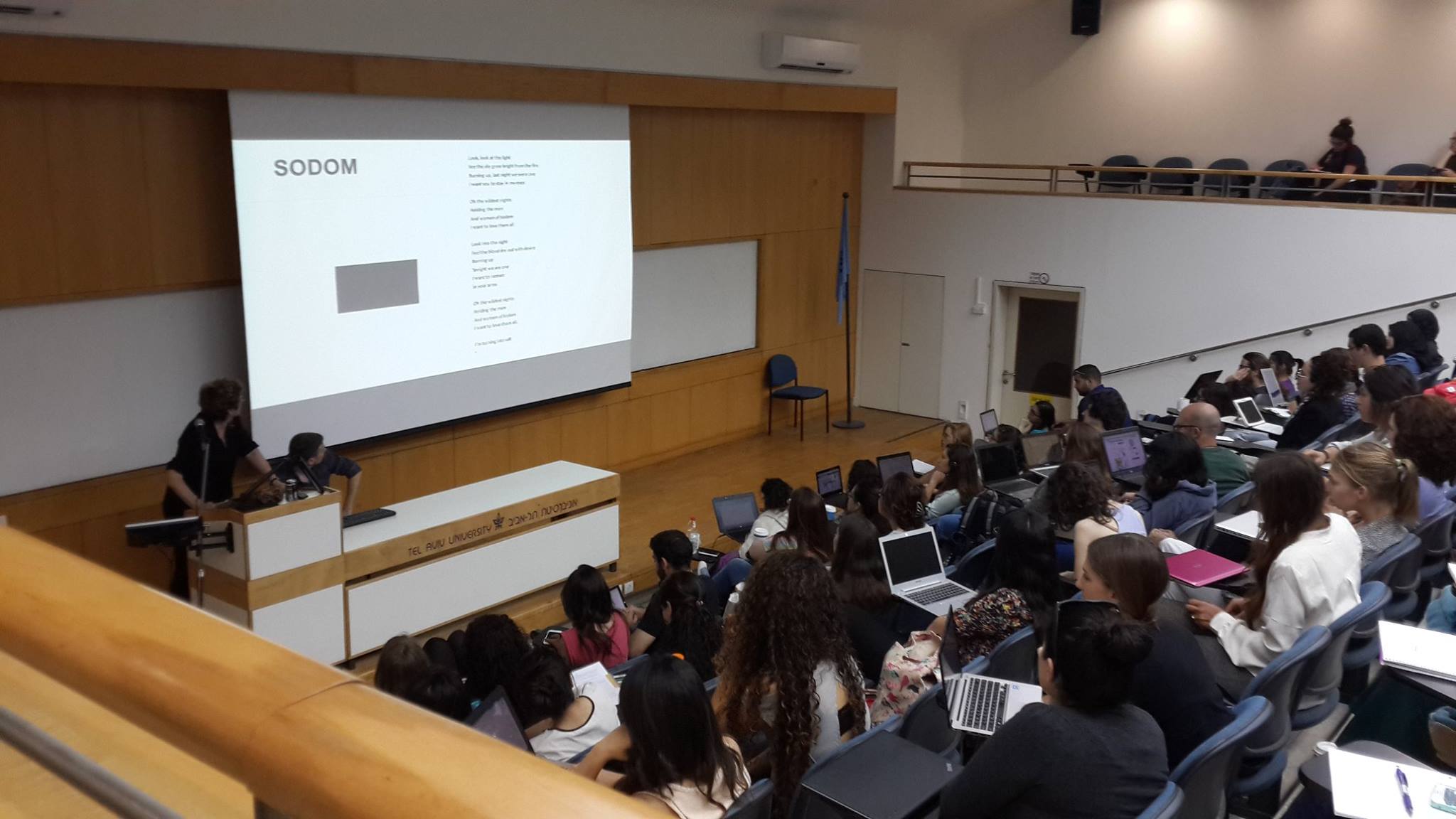 Yafit took a picture and I saw the class suddenly from behind. The class is totally multicultural. There are students from every corner of the culture. And the need to being taken out of the self was palpable in the room. It's so clear that one thing we desperately need in the entire country is to learn about the 'other.' And now we're going to get a new minister of education who does not entirely know that there IS an other.

The great Tel Aviv synagogue was in a shambles last year. A few months ago the Braslavers cleaned out a backroom and made it into a kind of nightclub for the neighborhood with torah readings. The main hall was polished up, and looks like it is back in business. We went there today and left with a book about the history of the synagogue.