been chatting on facebook all evening. I know this is not a great thing to do, but Israel is so isolated, the world outside calls irresistably. Sometimes I chat with a friend in Ramallah, sometimes with some guy in Washington who seems to want to test my knowledge of Arabic cooking, sometimes I talk politics with a right wing woman from Brooklyn. Sometimes I learn something.

The following is a press release from Tikkun Magazine:

Rabbi Lerner's Home Attacked by Right-Wing Zionists Berkeley, Ca. May 3, 2010
Release dare: May 4, 2010
Berkeley police today confirmed that the attack on Rabbi Lerner's home late Sunday June 2nd or early morning Sunday July 3rd was in fact a crime and was being investigated.
The attackers used a powerful form of glue to attach posters to his door and around the property of his home attacking Lerner personally, and attacking liberals and progressives as being supporters of terrorism and "Islamo-fascism." They posted a printed bumper sticker saying "fight terror--support Israel" next to a carcature of Judge Goldstone whose UN report on Israel's human rights violations in its attack on Gaza last year has been denounced as anti-Semitic and pro-terror by right wingers in Israel and the U.S.. The caricature has Goldstone talking about his being kept from his grandson's bar mitzvah, and the caricature of Rabbi Lerner responds by saying "any enemy of Israel is a friend of mine." This attack and vandalism follows on a week filled with Lerner and Tikkun staff receiving hate mail, prompted apparently by Tikkun's announcement that in case the South African Zionists had succeeded in preventing Judge Goldstone from attending his grandson's bar mitzvah, as they threatened several weeks ago, that Rabbi Lerner would gladly hold the bar mitzvah in the SF Bay Area instead, and following Tikkun's announcement that in light of Goldstone's courageous willingness to stand up for human rights in Israel (his report called on the Israeli government to do its own independent, pulbic and credibly objective investigation, punish those responsible for the crimes or show that they didn't happen, and thereby show that these actions were not government policy but the mistakes or evil choices by people in the IDF who were acting as rogue elements and not as a manifestation of the people of Israel) that Tikkun will award our prestigious Tikkun Award to Judge Goldstone in 2011 at the event celebrating our 25th anniversary! This story, which was prominent in Ha'aretz and many other Jewish magazines and websites, has intensified anger against Lerner and Tikkun among those who seek to perpetuate the Occupation, and great support among those who realize that the Occupation is really hurtful both to Israel and to the Jewish people world-wide.
In the 24 years of Tikkun's operation, we have received many death threats and vicious hate mail, including phone calls to our office announcing that "Rabbi Lerner is dead" and others saying "We will kill all of you." This particular attack has two worrisome elements not previously there: 1. They attack Rabbi Lerner's home. As law enforcement people told us, this is a way of conveying the messaget to Lerner: "We know where you live, we know your house is vulnerable, so don't ignore our threats." 2. By linking Lerner to alleged terrorism, they provide for themselves and other extremists a "right-wing justification" to use violence against Lerner, even though Lerner has been a prominent advocate of non-violence. He regularly critiques Palestinian acts of violence when they occur, including the shelling of Israeli towns by Hamas, just as he critiques the violence of the Israeli occupation, and as he critiques the US war in Iraq and Afghanistan, the occupation of Chechny by Russia, the occupation of Tibet by China, the human rights violations agaisnt their own people by the rulers of Iran, the acts of violence of those resisting the US occupation of Iraq and Afghanistan, the violence against women and homosexuals in many Arab and African countries (and in the US and Israel as well), the genocide in Darfur, the violence against Jews in some parts of Europe, and the list goes on.
Needless to say, this latest attack, on Lerner's home, has caused great concern to his family.
What can you do? Let people know that this kind of thing is happening in the Jewish world to people who critique Israeli policies.
--Tikkun Magazine

I've never been happy about the Goldstone report, and I've always wished there could be some discussion about the individual passages that seem so questionable to me. But this 'sinat hinam,' this gratuitous hatred, is much more dangerous than any left or right wing politics. I understand our reluctance. I myself have problems actually actualizing discussion. There are people - individual and political - with whom I am in conflict and I would much prefer to make them disappear. Every day, I have to make a similar decision, sometimes on the 'minor' sometimes on a 'major' scale. That's why I take blood pressure pills. But I am convinced that talking - about practical issues - is the only way. Not ideological, political or romantic issues. But reality. The alternative is repulsive.

more about the Goldstone Report and the Israeli army can be seen here.

These are some of Ezi's pictures of the river from the sea to the "Seven Mills." These are all copyrighted by Ezi so please don't use them without asking first. 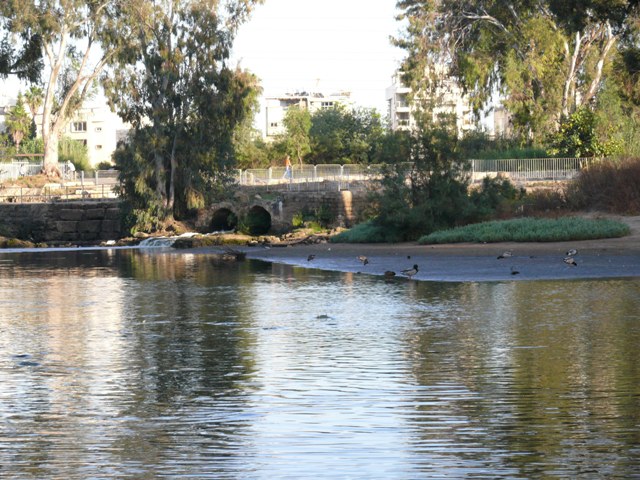 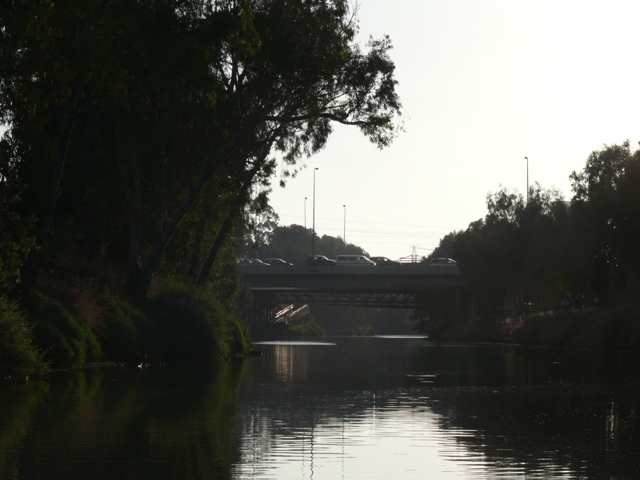 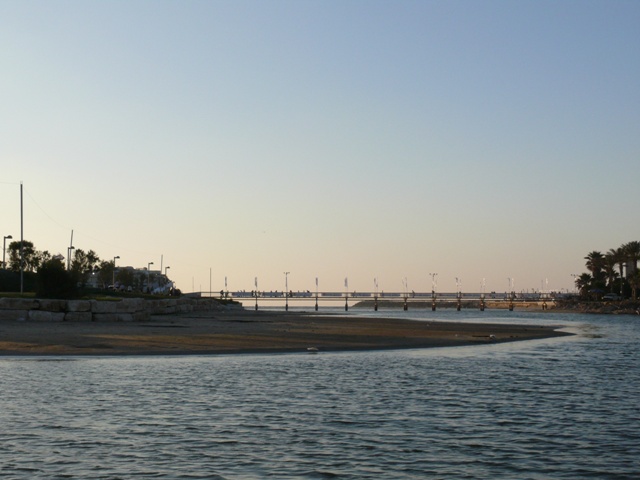 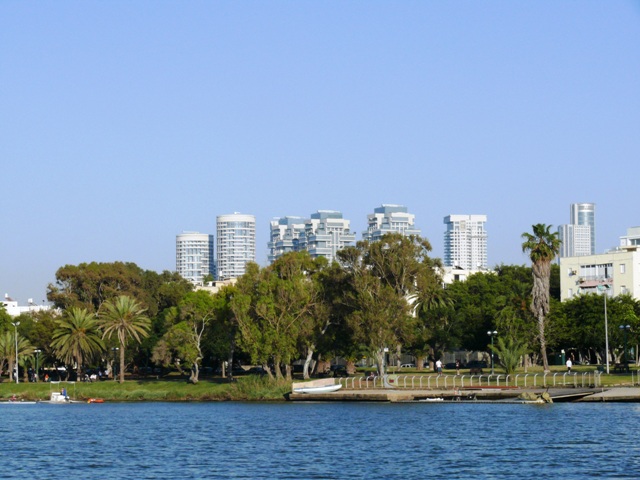 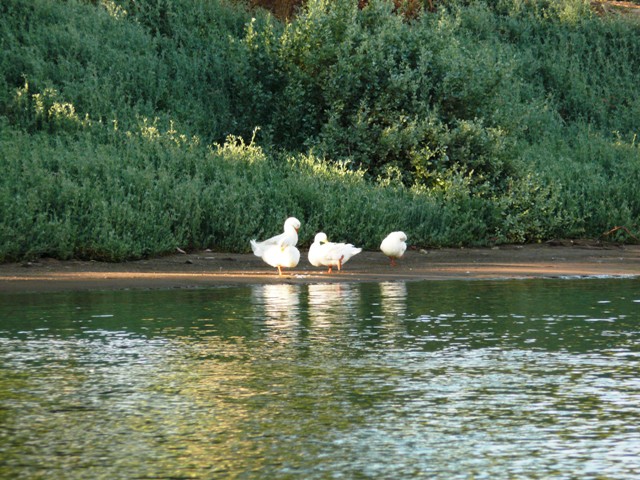 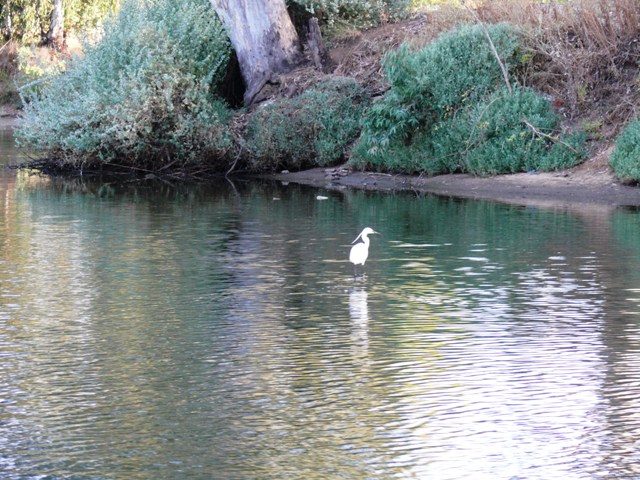 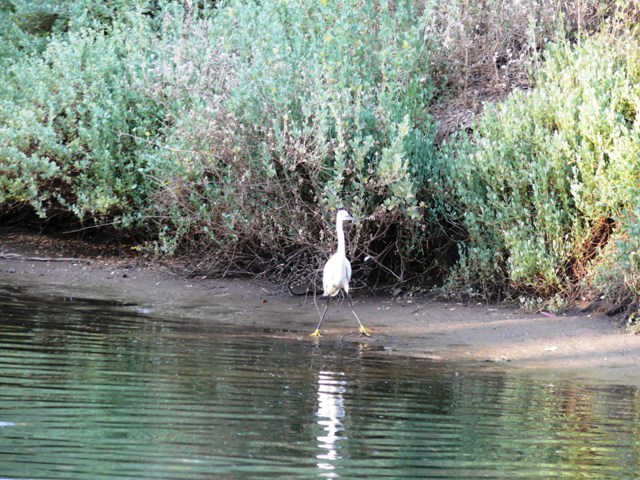 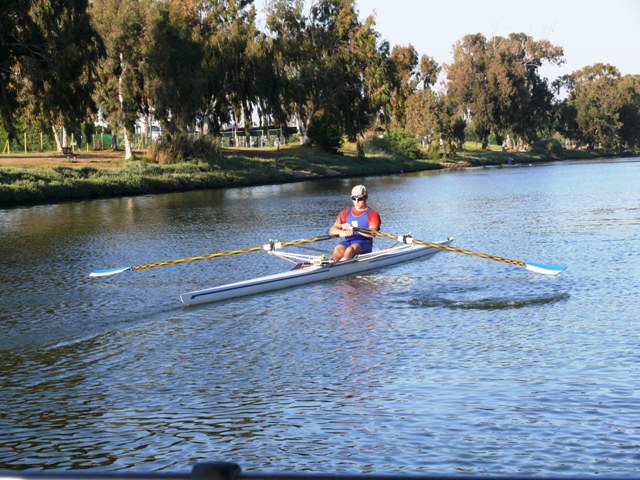 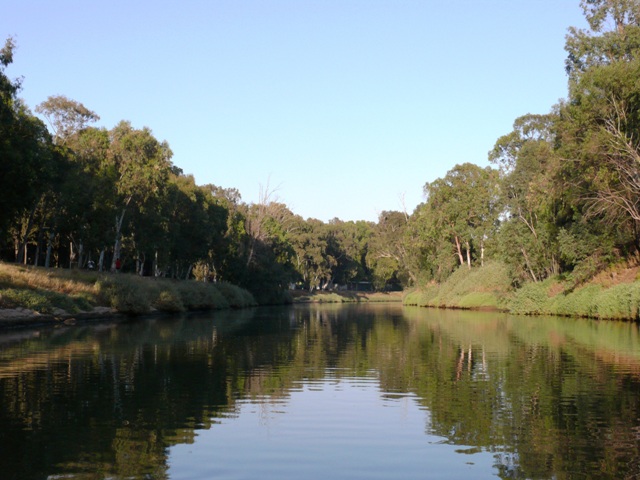 Bet you didn't know how gorgeous the Yarkon is, and wait, you haven't seen the Seven Mills. That's tomorrow. 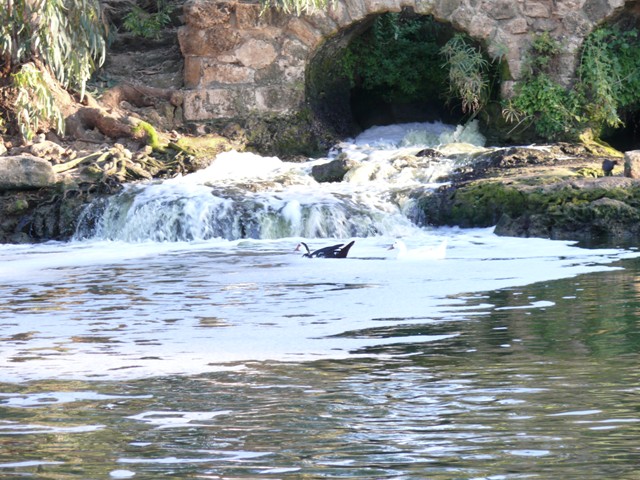 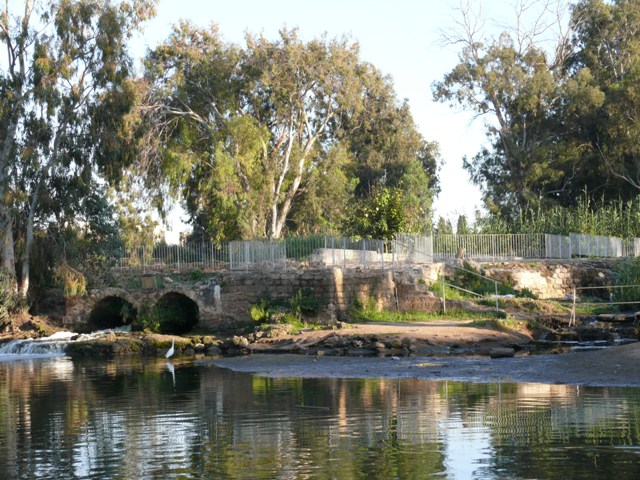 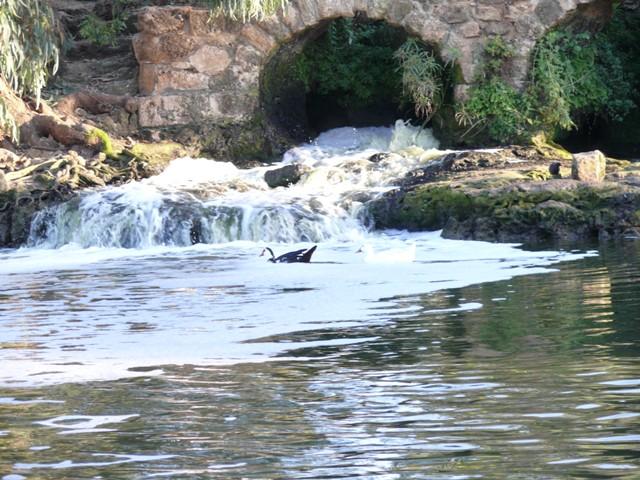