Did you miss me?

I spent Shvuot in Metulla, pretty much resting. There were innumerable poetry readings and discussions - formal and informal - and wonderful people to meet - but i was too tired to attend more than the session in which I participated and promise many poets I'd catch up with them later. Even my cellphone ran out of juice so i effectively couldn't communicate with the world.

Of course I exaggerate, and perhaps even prevaricate. Not only did I run into long-lost friends on the pastoral streets of Metulla, and even share intellectual meals with some of the best minds I know, but I got to see my old-time college buddy, Ricky, who lives pretty much at the end of Israel.

This is the part that always strikes me most when i am in this town - the fact that people of my heart dwell under the extremely watchful high-tech eyes of the hizballah. From her kitchen window Ricky can wave hello every morning to the same people who left her souvenirs of rocket shells a few short years ago. From our hotel window, we could see that there is a concrete factory, a quarry, and lots of shiny electronic eyes looking back. I tried to get a shot of the mezuzah on the door of my room and the hizballah camp visible from the hallway but the angle didn't quite fit. When Ezi comes back from picking up Shusha we'll put some pictures up for you. 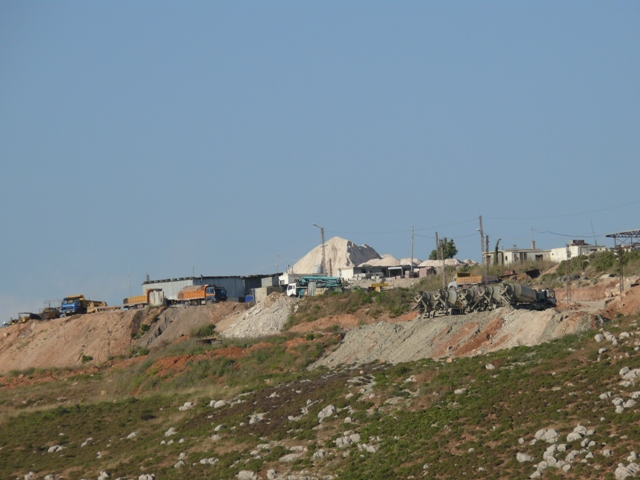 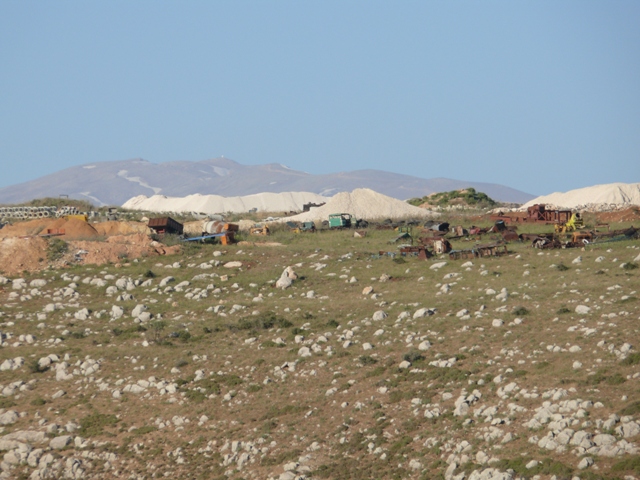 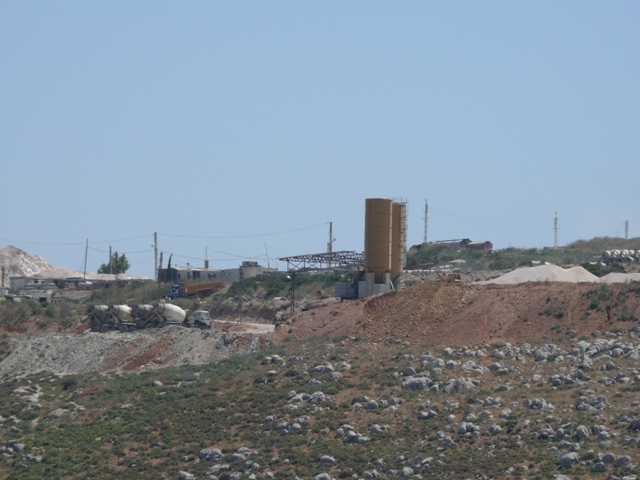 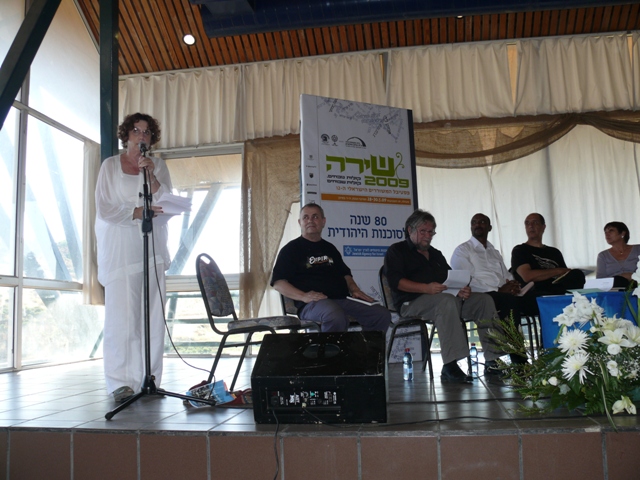 The variety, the energy, and the joy of poetry are all visible in this one session of many in the Metulla Festival. Let's hope we get more pictures than Ezi's from friends. There may be another break from a day in this diary. I'm spending this night and next at the leper hospital in Jerusalem filming and i don't think they have wi-fi there either.

Not as much fun as you would imagine, but fascinating nevertheless. The leper hospital is just across the street from the Jerusalem Theater, but a totally different world. There is an exhibit going on right now, but since I'm playing the role of a nurse in a student film i am getting to see places from the inside.

This is one view

. I'll put some of our own on line shortly.

Notice, said Ezi to me last night, the way they collect water at every opportunity - the angles of the paths, the pools, the roofs and drains. There is so much to learn about how life was lived in this place. The arched walls are almost a meter thick to keep out the heat and cold. There seems to be no privacy, even in the little rooms, and there are definitely no mirrors.

At 11:00 a.m. the sirens went off and Shusha and I ran down to the shelter like obedient citizens. ( This despite the fact that I came home from all night filming at 9 in the morning. ) There were two other families out of the 18 in our building. Some of them were at work, but there were others who wouldn’t have made it in time - wheelchairs, walkers, etc. It’s always scary when you’re not totally in shape for running.

But it was really useful. We discovered the need for written instructions on the wall, for making sure that cellphones and batteries and flashlight and water get brought down with us. And we have to figure out what to do with all those neighbors who can’t manage the steps…

Of course many people ignored the drill - stayed in the cafes and shops and kept on with their lives. But I remember my friends from the first gulf war who laughed at me. One friend, a doctor, didn’t even have a gas mask, and jeered at the idea. But the night the bombing began she got so hysterical that she didn’t have a sealed room and a mask, she kept dowsing her face with baking soda and water and burned the skin.

So politics and the manipulation of society aside, it is better to be safe than sorry.