The two subjects that have been occupying my mind for the past weeks have been the students' strike and the rockets on Sderot. Today they come together. The student leaders are signing a stupid agreement with the government in which higher education will be privatized in SDEROT! The idea is no one who doesn't have to be there will come to demonstrate.

This is a country which exists because of its young people, and it is now sacrificing them.

So the situation drags on. And in the same way (although no where to the same degree) that students in Sderot are taking matriculation exams in English today in schools that could be bombed, the whole country tries to act 'normal' for lack of an alternative. And I am among them. Continuing with the retail therapy I can't afford, I went to the mall to buy myself a bluetooth because the cellphone that got stolen had a speaker and the alternative phone doesn't work with it. I did my very best not to look about me, but got distracted by the Druze vegetable and pita stand in the middle of the mall. But it wasn't as good as in the villages - and the people selling seem to be infected by the same edginess as the Hertzlia residents. Or maybe it's the artificiality of the mall that does it.

Another mall another mood: An evening for Gabriel Moked's "Variations" in Niko Nitai's theatre "Karov" which is situated in Tel Aviv's central bus station. Moked's "Variations" are hard to describe = perhaps: variations on a non-existent text, or the struggles of a hero in a doomed uncertain quest. In the central bus station, however, everything is clear - bright, imitation, and cheap. The contrast was perfect.

This is Moked with moderator Leah Taran 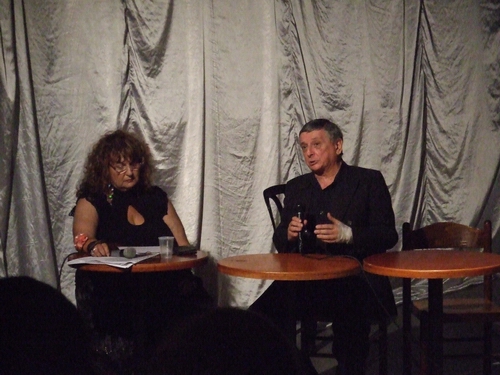 Moked is the editor-in-chief of the Jerusalem Review

Shusha is not particularly impressed with the end of the strike, and does not look forward to the implementations of it.

At least, she says, she's already wearing white and so is ready for the holiday. 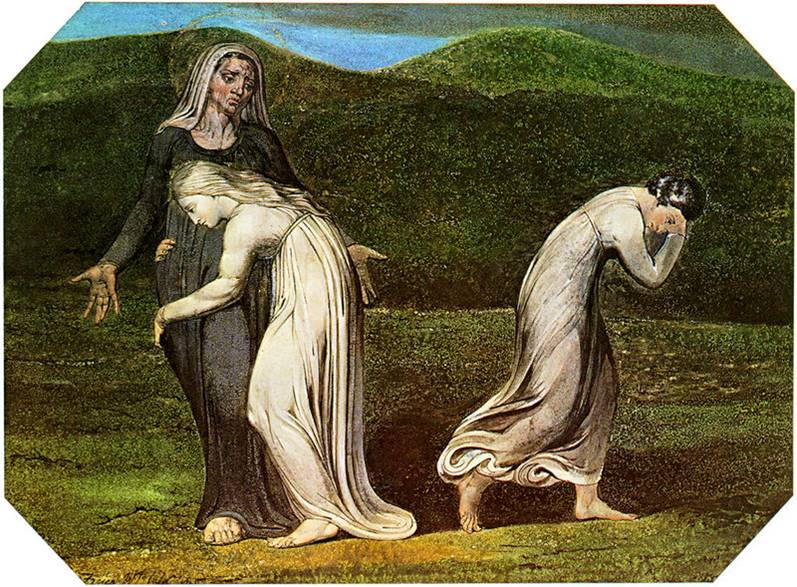 The idea of alternatives and choices seem to be emphasized here - momentary choices that make a difference in a dynasty. Think of it, Ruth had one night maybe two with Boaz, then he dropped dead, and from this came King David. So it's important to take chances.

In the meanwhile, while only three rockets fell on Sderot, the chances that something will blow somewhere around here increase.