Am I the only Israeli who's happy we've got a government? of course I hate the individuals - Litzman, for example, is going to siphon all the funds for haredi housing and synagogues while what's left of higher education will become polluted like our river. What I heard was that Zev Elkin fought hard for his position, and Bibi said "Okay, you're minister of higher education. Anything else?" and Elkin choked and said, "Water." "Okay, so you're minister of water too."

sxunia del mut - hot as death - they say in Moroccan - 38 degrees in tel aviv and climbing. .tomorrow is expected to be 42. In the best of times I wouldn't be walking the streets, but now, with all these people let loose who may be bearers of the second wave of corona, I'm splashing in my bathtub.

In YIVO's online course of Jewish Food, my cousin Susan found a picture of a Lida baker who, she thought, looks like some of us, and could be our grandfather. 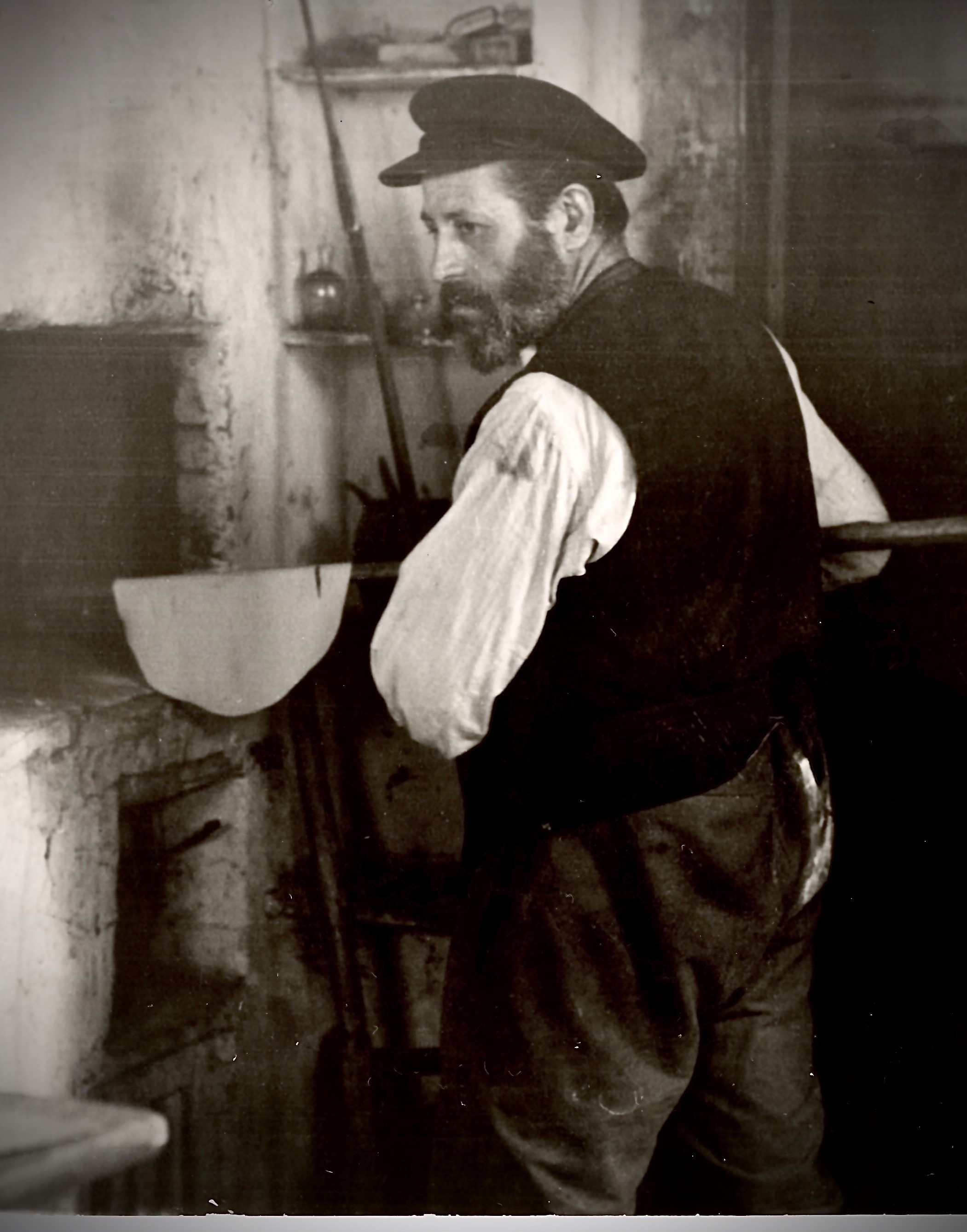 . Stretching it? Maybe. But we have no other pictures to compare it to. And that look of agony suits me. So please meet our adopted grandfather, Melech Rozensztejn.

If I don't get off this computer soon i will freeze in this semi-fetal position and never be able to move again. I don't want to watch the crooks on tv, or even the stories about the crooks (I mean of course the politicians - almost all of them - except poor Gantz) so i write, organize, plan. For example, I want to go away for a few days to a little b and b in the north. somewhere where there are no people. but all i do is organize zoom meetings, fill out forms, write drafts of poems.

actually i think many of us are going back in time to traumas of the past - children of holocaust survivors are hoarding food, parents are berating themselves for mistakes they made with their kids, friends my age beginning to think they will never get back into life and their days are numbered. no one is wrong, but so many of us are stuck in dialogues with the self and it is ultimately very destructive.

the interview this evening with Benny Gantz reminded me of why i am so in love with him. Even though he was asked hard, even cruel and divisive questions, he kept his cool and responded honestly and with conviction. Ilana Dayan can be extremely cutting, and she didn't hold back with Benny, but he responded honestly and fairly and quietly and with feeling. This is the kind of leader I want. .

yesterday evening i developed a full scale kidney infection, with all the shivers and fever that goes with it. i was fortunate that my doctor had prepared a kit for me to go Egypt because I had the antibiotics and by this afternoon could begin to write excuses for why I didn't go to Mira's memorial service this morning. I was ignoring the growing symptoms all week, and that was stupid. but who wants to go to a doctor with vague stories that sound like i have a venereal disease? Especially when i don't trust that corona to take advantage of my weak condition.

It took another day before i realized that this things is complicated and not going away on it s own or with the medications the doctor gave me in case when we went to Egypt. My consultant doctor told me to go the clinic, and, after a 3/4 hour wait, the doctor saw me and sent me to the emergency ward. This is not my favorite place and i would really have rather returned home. But I went, By 8:30 I had my first blood test and it was beginning look like I had a serious infection. But only at 10 did the doctor told me i'd be staying the night. Around 11:30 Ezi Left to get me some stuff for the night. Oren brought it back to me around 12:30 while i was still getting X rays and i saw he was looking for me because i was watching the halls. At 2 I reached the ward when a bed was prepared in the hall. The Admitting doctors examined me thoroughly. Any questions? Where's the bathroom? i asked - go into one of the rooms, I was told. So I gave up on all that and decided to just crash. at 3 i was wakened by the nurse who wanted to take my BP and pulse. The was a bit difficult because of all the noise in the main hall but fortunately, by 6 the doctor woke me for the morning check. And then after aonther examination and worried visitors, I was sent home with the instructions to return for another drip at 8 in the morning. needless to say, I slept all day.