PHOTOGRAPHS (AND CORRECT SPELLING) TO FOLLOW. INTERNET IS A BIT TRICKY AROUND HERE.

A bitter cold awaited us on our arrival in Budapest. We had left sunny skies and summery weather in Tel Aviv, and the wind seemed like a punishment that we dared to come to this country at all. It was eight thirty in the morning in Hungary and we had left home a 3:45 a.m. Israel time. So all we wanted was a warm bed. What would we have done without Reuven Brauer who picked us up at the airport into his heated bus and took us to the Gellert Hotel. The manager of the hotel was waiting for us - before he went on his weekend he wanted to show us what Ezi's grandfather had built and he took us down down down to the floors under the famous baths, under the pipes of the thermal pools, to a kilometer long tunnel and underground paths that were so circuitous he himself got lost. It was comforting to know that people could feel safe here during the bombings, because there were many of them. Poor city. We were also brought up to the top of the hotel where we could view the dome roofs Arpad Gut built. It all seemed so amazing. And then we went to the Brasserie for lunch - the hotel restaurant that was so much below the standards of all we knew about restaurants we almost lost heart. Waiters were slow and unheeding, albeit polite, the food was barely okay, and maybe we were just too tired. Then we crossed the bridge to the covered market, with the wind of the Danube on our frozen faces and hands. I even ran a quarter of the way, grandmother that I am, to get across as fast as I could. But it was good to encounter the simple covered market, with its stalls and stalls of meats and cheeses and cakes. Oh the cakes. We even dared to venture out to the famous Vasci street and bought puppets. Maybe we just extended the visit to the shops in order to avoid crossing back on the bridge. But that bridge had to be faced. We thought of taking a train but they were over-occupied by squashed crowds and it seemed soo much easier to walk than take a taxi which didn't move in the heavy traffic. It was a tough day, but beautiful. A superficial introduction. It took another day in similar places and circumstances to begin to make it meaningful. For example, to talk to people and hear their stories. To learn where to get a good meal (the Szeged Restaurant on Bartok Bela Utka) To learn to bargain, properly and politely. To orient ourselves. The afternoon was spent at the baths, where we could escape, if only a bit, the terrible cold. They don't do nude any more, but it's still interesting. Actually magnificent. The Turkish influence is very strong, I'll get some pictures soon.

Photographs of Budapest abound. I've been thinking about downloading some of the glorious sights, and will soon talk about the glorious tastes of this city, but you can get them all over the web and there is one place you can't really see easily - the holocaust memorial. There's actually almost no way you can get to it without crossing a busy highway. 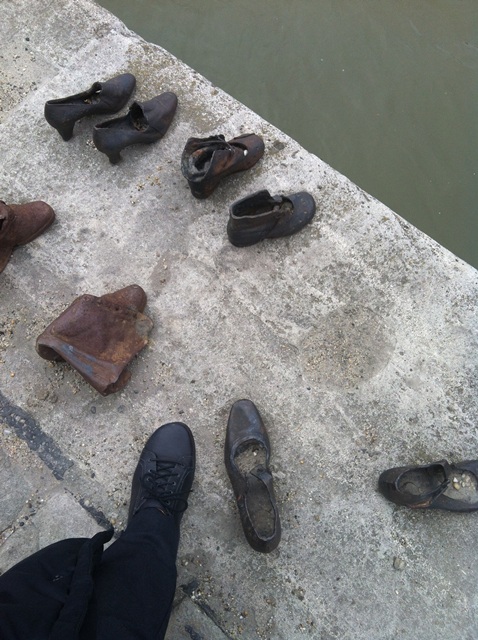 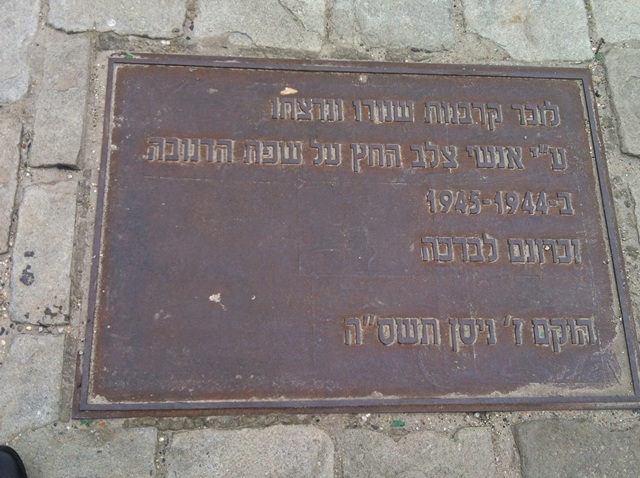 Except for that small detail, the < wikipedia article tells it all. Oh, and except for how many people were killed in this manner. tens of thousands - probably about 20,000 of the hundreds of thousands of Budapest Jews killed.

The worst part of the memorial is that it is hidden by a high wall and has no access to it. It's right next to Parliament...Just as they seem to have forgotten the lesson of the Holocaust, they don't want to know about the war and their responsibility in that. 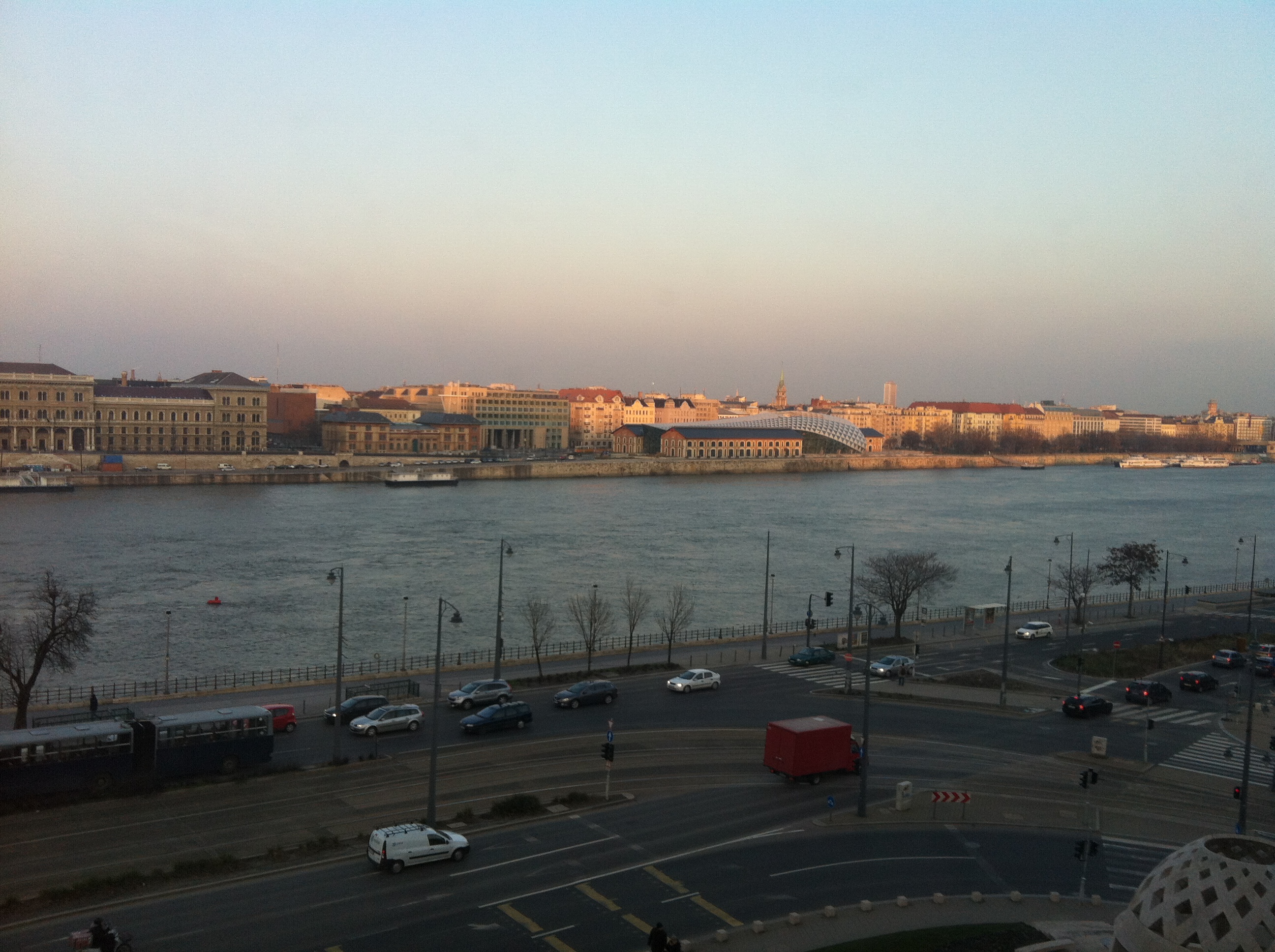 The beautiful blue Danube will never be the same for me.

It made it clear to me that even when I look at the magnificent neologist synagogue in Budapest, I will notice something else

Of course there is always the orthodox shul that looks something like the one in which I grew up that softens my hearts:p> 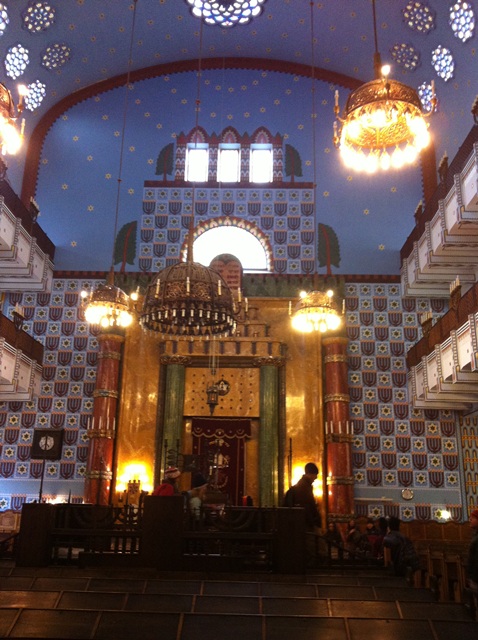 and of course the fabulous restaurants. Except for the Gerbaud Cafe, everywhere was a dream. The Gerbaud reminded me of someone playing a cup and ball game in front of my eyes and expecting me to bet. You want a check for your list? Go there. But not for the food or the price.

There was Molnar nearby which was delicious 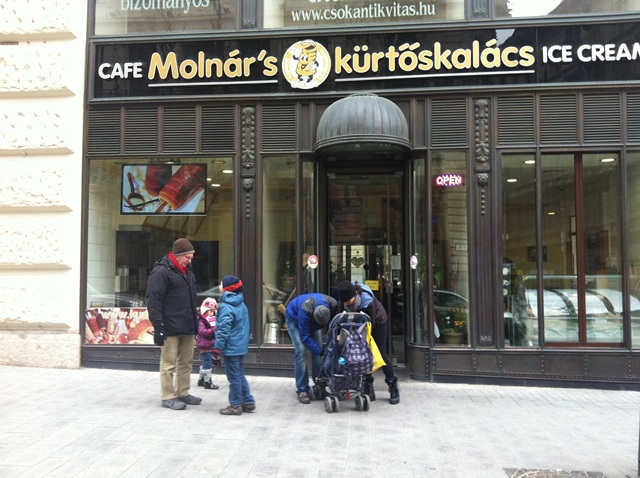 As for our discoveries of the heritage of Arpad Gut, a page alone has to be dedicated.

I will also need a separate page to discuss the delights of our seder at the Rosenstein Restaurant - a place that warmed my heart in every way. 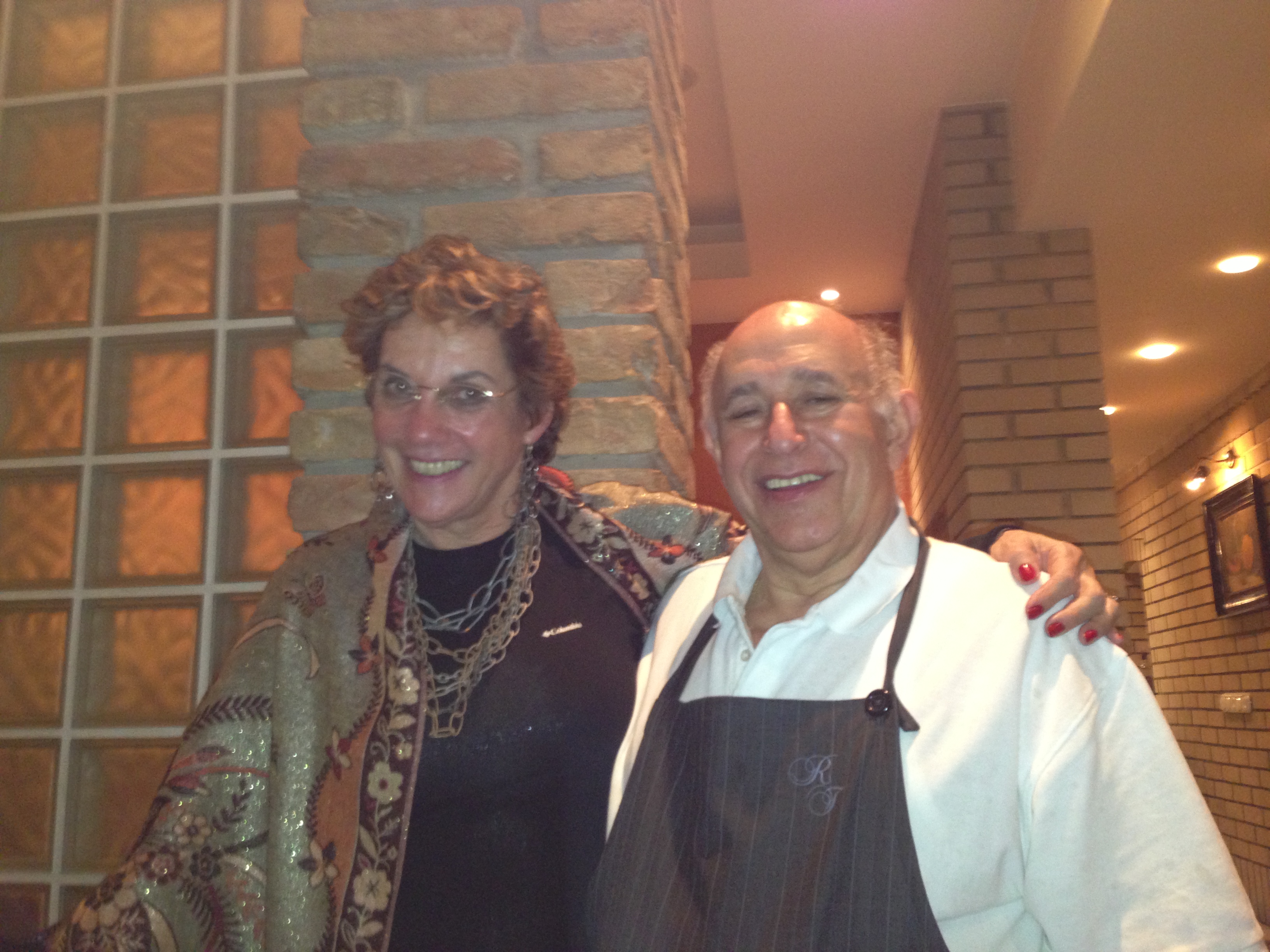 Whether he is a relative or not, his professionalism and his kindness emerge in every bite you take of his food.

I am now in Heviz, and have internet but who would want to spend time on the web when the delights of a spa await me. I had mud bath (Jordan Dead Sea Mud, they tell me) to die for. - with seaweed and immersion in salt water. Goodness it did my emerging bronchitis good. Now I think I'll try the salt room

Jordan Dead Sea Salt room. Right. There was salt on the floor, and maybe some on the walls (I tasted) but the ceiling looked like a crocheted doily with fake stalagtites coming down. I think it helped me but it was really a cheap imitation of what we have in Tel Aviv. The salt room about a ten minute walk from my house has salt all over, and the atmosphere is real, not artsy. Where we're staying is very posh - but it reminds me of nouveau-bourgeois Israel in the fifties, with it's health hotels to help fatten up hard working workers. All these elderly broad people shoving to get at the desserts, and then hoping to sweat it off in the sauna. I know I'm being extra critical because no one here speaks English and I have to use my Yiddish-sounding German to make myself understood, but it bothers me that no one smiles out here and everyone looks at us as if we were crazy for laughing.

As we left Hevis I realized that our communication difficulties were more our attitude that seemed to be ironic than the communication difficulties of the natives. Most of the people were from Germany and Austria as well as the country of Hungary and few knew each other. In Israel we would have overcome this distance with humor, but it was not understood that way by everyone. So my search for a partner through jokes was only sometimes successful. People are suspicious of what they do not know. All the women there were neatly combed and large. I did not take my hairbrush from my suitcase the entire time I was there.

When we arrived in Ketheley to search for the gravestones of Ezi's family, we stopped at a grocery to get some cough drops (and some chocolate and pepper seeds and paprika and....). It seemed like a cold enough place, but after I paid the bill I added a 10 agorot coin, and the owner examined it carefully. "You are from Israel?" I said yes with pride and then explained in German that my husband's family is from this town/ They were very excited, as if I had opened a strange world. Perhaps, as Oren suggested, he called his friends who would be waiting with clubs at the entrance to the town for us to try and come back, but I really don't think so. There may be a great deal of antisemitism in this country but much is economic and some is cultural ignorance. Nevertheless I didn't feel so endangered that I tried to mask my origins.

And now once again I change my mind. As Yael reported an undisturbed swastica on the subway and groups of youths acting like the street is theirs, I recall a group like that in Siofok, walking quickly in step. It'a much more fun not to notice.