So many rockets. All of them easily reaching my bed. And my blanket wouldn't help, even if I pulled it over my head because each one would blow up the house.

The boat is now in Eilat - and we will soon find out exactly how many weapons were sent to us from Iran. how much destruction they could have caused.

After an afternoon at the park, strange thoughts enter my head. The only people in the park, it seemed, were Arab, and they were all having a wonderful time, some with the electric cars and cycle driven transport you can rent by the hour. 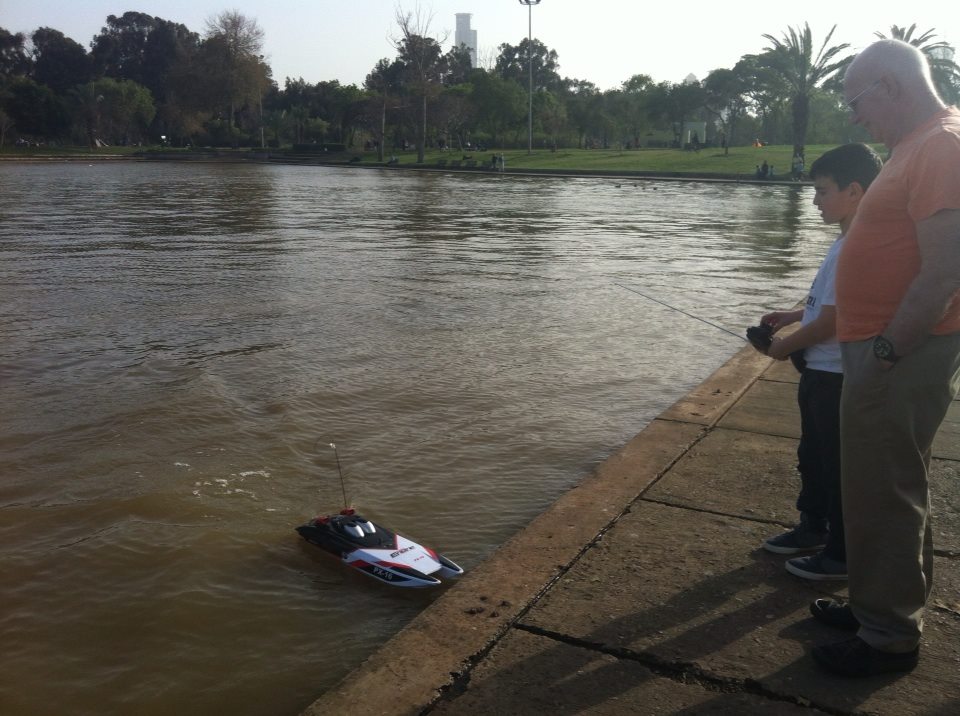 We went to the little lake to try out our battery-driven boat, but it died early in the afternoon, so to blur Guy's disappointment, I proposed a new program for Tel Aviv, and the more I talked the more I convinced myself that it wasn't totally crazy. Here it is: Instead of the shared bicycle program, I say we should return camels to the area. Quiet, environmentally friendly, inexpensive as far as fuel, and much less dangerous to pollution than cows. Once, but only once, a camel looked at me funny, and I thought it was going to spit at me the way a llama did once. And I didn't really enjoy the rides I had on camels when they went faster than a walk. But maybe I could learn...

Rain. It's finally here. Dirty, muddy, scattered and impoverished - but rain. We left "Plug-in," a really cool karaoke joint in Ramat Efal, and the street was shiny. We had been inside in a crazy world of kinky music, for hours, and there was the wet awaiting us. It made our evening.

The weapons from the Klos-C went on display today, but even though it was extremely impressive, the world seems to be ignoring the threat to Israel, the military feat in capturing these weapons and the implicit threat to the rest of the civilized world. Note this BBC watch article. It seems that the harder Bibi tries to get attention the less attention he gets. It isn't because the world doesn't care. I think we all know that there is great danger from terrorism and the sponsoring of terrorist organization, but we don't like information shoved down our throat, and the conclusions made for us. It doesn't make the facts less true.

Getting ready for Purim. First party was last night. 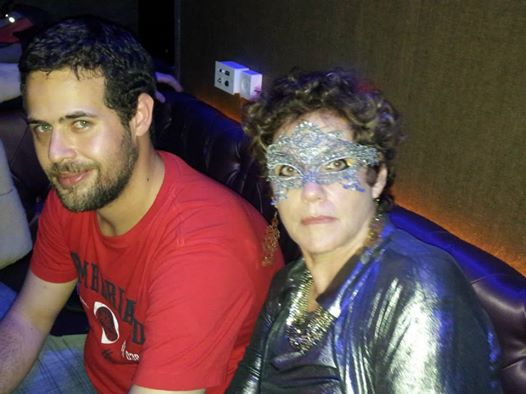 Because this is the month of my birthday i have been getting all kinds of offers for discounts from all the stores i always shop at. It is the time to get a new wardrobe and stock up on toiletries. But with the weather as crazy as it is, I can't even do that,p.. One day is hot, one day is dusty, one day is chilly, and one minute is rainy.

So it's raining rockets in the south tonight. The shooting of a Jordanian/Palestinian judge at the border crossing yesterday - whatever the reasons were - made the rockets inevitable. How could any one expect a milder reaction. The Palestinian, as well as the Jordanian reaction, stems from the general belief that we're hateful, spiteful, and are just waiting for the opportunity to kill. We on the other hand know exactly what they think, and are usually extremely careful. But we're also scared. And I am not surprised that the soldier might well have assumed the judge was out to kill him. Can you call it self-defense - or stupidity? I don't know how the action-reaction-complex can be unraveled. It is so much more complicated then my late mother-in-law's brilliant syndrome: "It all started when he hit me back."

Still 70 rockets so far doesn't bode well for the night.

The growing number of Arabs in sales and professions, means to me that a day doesn't go by without a conversation. And I personally forget they may be carrying a chip on their shoulder, or, more likely, take their jobs seriously. One case in point: the pharmacist lays down the boxes of medications on the counter before us. "Is this for you?" he asks about the hormones. "No, it's for him," i flip to Ezi. He thinks I laughing at him, but i'm just joking around. And when he turns away i say to the assistant, "You guys take your jobs too seriously." Both of us break into the sillies, but the pharmacist keeps a straight face.