The New Israel Museum is as impressive a cultural experience as any museum I've visited in the past decade. We spent a few hours this morning being introduced to the renewed space. It wasn't enough time, but enough to see the latest exhibit, and get an idea of the concept before our feet gave out.

And the concept is exciting - Except for the airport-like entrance the new layout does so much more service to the art, and the concept of art,

The impressing and engrossing exhibit of South African William Kentridge, with all its political involvement, humor, self-reflection, and drama, kept us busy for at least half of the time.

And then out in the wonderful sculpture garden - the Jerusalem air - it all reminded me of how much I loved Jerusalem in 1965, when I first came there and saw the then-new museum. Luckily I came to my senses as soon as I saw the road to Tel Aviv.

A few weeks ago I mentioned I received a letter from Shimon Peres about my book. Since then I've been getting requests to see it. So here it is. March 7, 2011

Roger Walters told us to go to hell on Al Jazeera today. He seemed to have a lot of details about how bad we are that I don't know about. I mean I might agree with the general idea of the fact that we aren't serious about peace - but I'm pretty sure we're going to have to make peace in order to survive. Funny about that Walters seemed quite uptight yet positive when he was here six years ago, but he didn't really distinguish between his wall and ours. I mean I want it down and all that - but I would like to be sure we has as few incidents like today's bomb in Jerusalem as possible. And the wall helps.

At the same time the Wall is atrocious. It's nasty, it's mean, it's purposely troublesome - but no one seems to be trying to get to the other side. It's only this side. Like the U.S. and Mexico.

Even a paranoid has enemies. Sometimes I look at Khaddafi ranting and I think - he's crazy but he's not stupid. When he says El Kayda is after his country, he's probably right. And when my scaredy-cat friend answered my attempts to make plans with her this summer with "that is, if there's no war," it suddenly occurred to me that she's right. And although she is Arab, we know both of us are in the same amount of danger if that happens.

Here's Oren at Pappa's with the stars of "Beauty and the Geek" "Beauty and the Geek"Other than the news, it's the only program I watch with any regularity because it doesn't just transcend the gaps between gorgeous and uneducated women with asperger guys, but it reflects the complexity of this culture.

One of the serious means of cultural transcendence in this society is the devotion of social workers here. They've been on strike since Sunday and the government doesn't seem to notice that these very social workers are keeping numerous families functioning, helping to keep people alive, sane. At best this is a hard country to live in, and immigrants from so many different countries, with such a variety of education, skills, cultures - it's a wonderful there aren't more suicides, murders, child abuse. Those social workers are doing a great deal to hold people and peoples together.

I would have liked to have been there, at the beach, today. But I was working - it was Ezi who watched the storm. Good thing for that, because he knows how to take pictures. 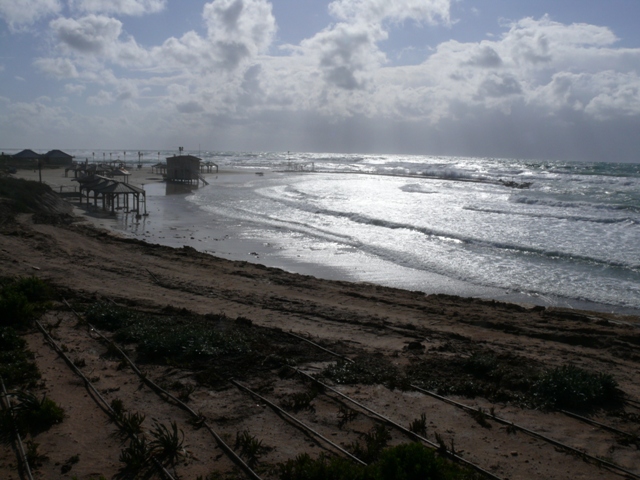 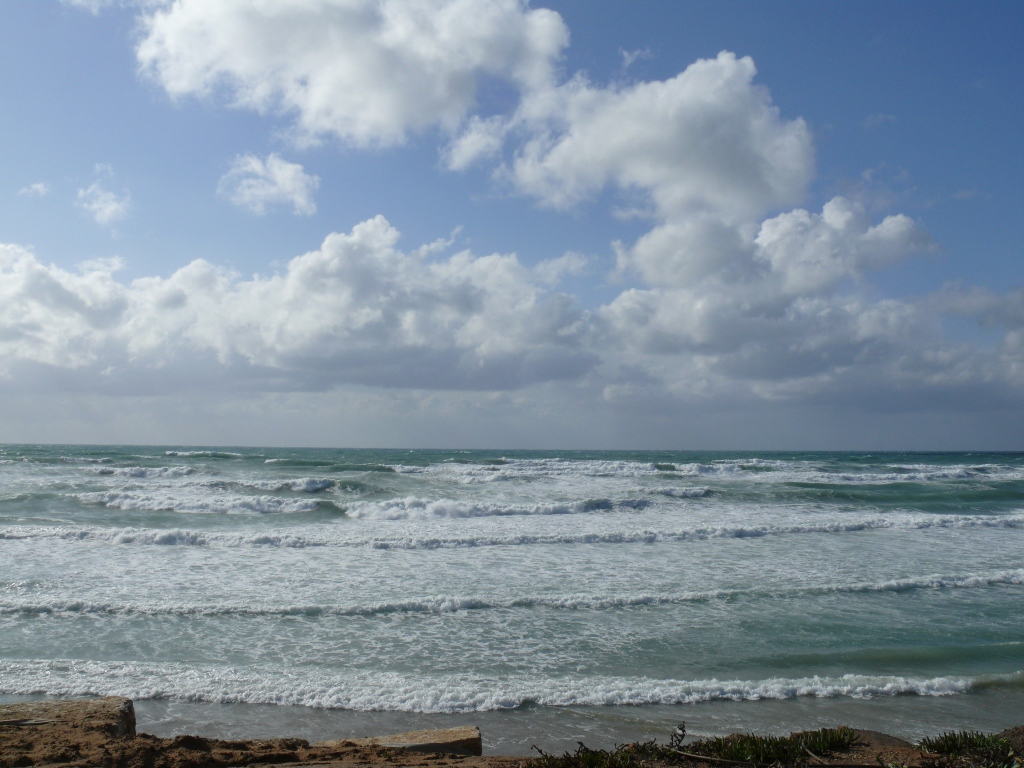 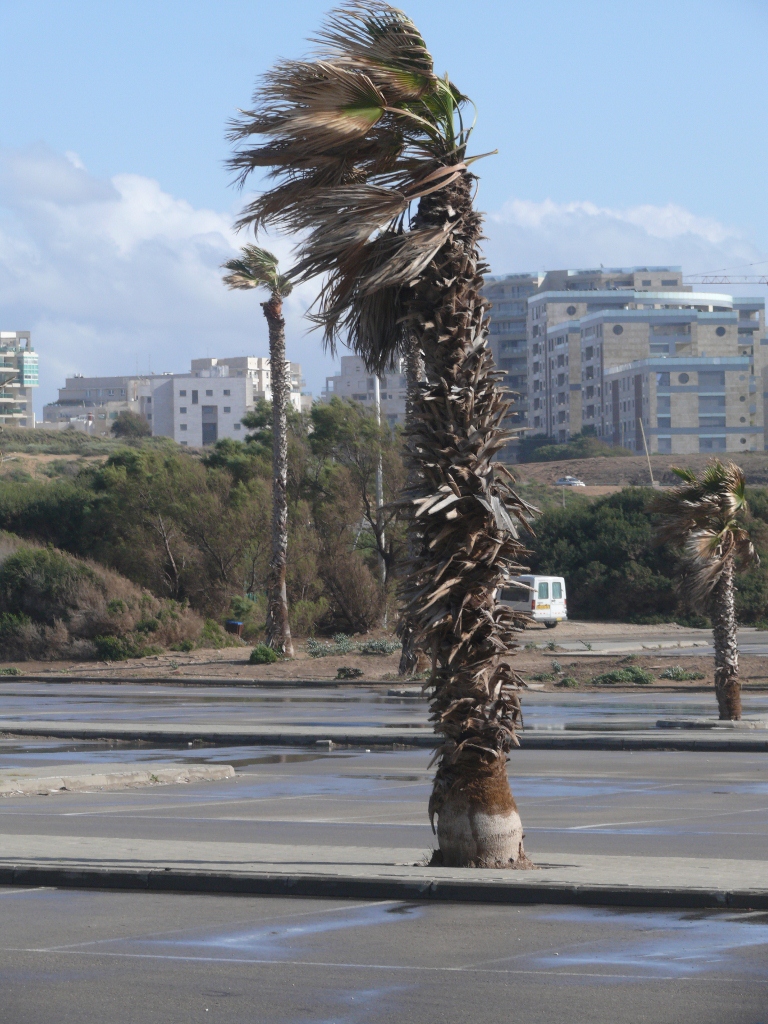