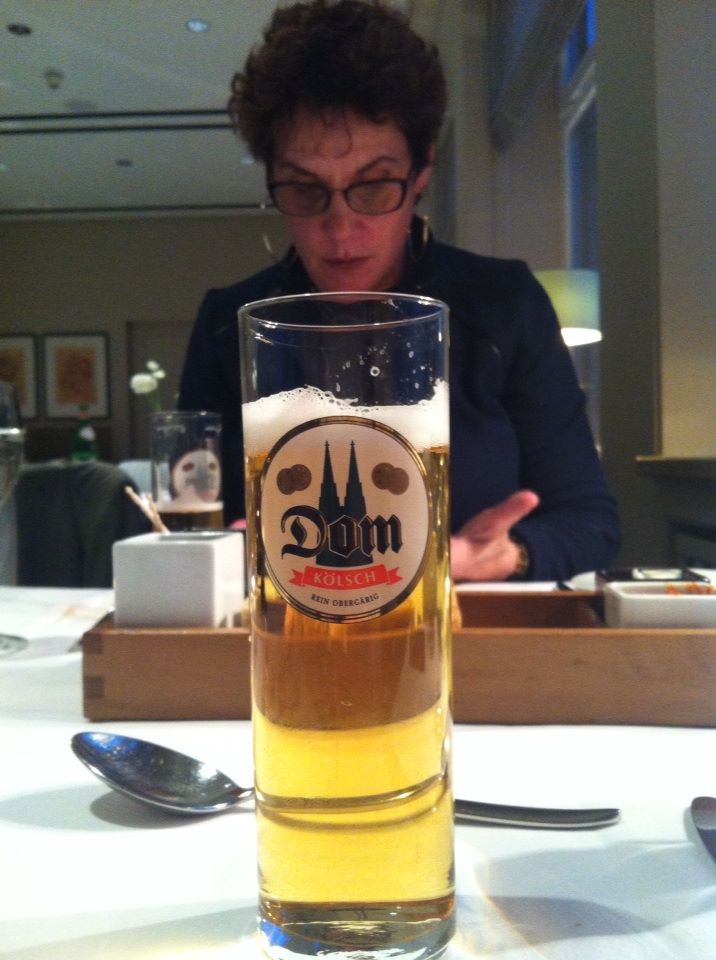 The problem is I simply get too nervous with German to read directions clearly. The problem is that I find it almost impossible to speak the words in German. The problem is that I need to be here just a bit longer in order to become more comfortable. But I'm leaving Bonn in the morning for Berlin, just when I am beginning to be more objective about my environment. it is a shame.

Here's what the jovial taxi driver said to me after describing his long visits to Saudi Arabia and other Middle East Countries: my worst experience was in transit through Tel Aviv. We were taken into a small room, locked in an elevator, another small room, and we were questioned - our passports matched with the passenger list." And just as jovially I answered: "My worst experience was in Munich, where they didn't like my passport, and the blue-suited woman donned her white gloves, and searched me thoroughly." We kept on with these pleasantries for duration of the trip and tipped the driver suitably and with gusto. How nice to have the right anecdote from the past to bring up at the perfect moment.

Yonathan spent the evening explaining the old question I brought up for the first time: How can such wonderful people have followed along with such terrible crimes. "People follow laws here," he said. "These are law-abiding people. they don't do anything against the law." As a chronic law-breaker, I find it hard to conceive. But, then again, I am not a chronic law-breaker in society, just in my head. in society i follow orders.

We are in Wilmersberg, a pretty upper class jewish neighborhood in berlin. it is a little less exciting than i had hoped, but it does have a sense of peace i should never complain about.

Today on the street we're staying on, Janaer Strasse, they had a ceremony in the memory of 4 families who had been transported and killed in the war. the signs in front of their houses were laid in the ground and kaddish was said. on almost every corner is a sign with one of the Nuremberg laws - jews dealing with used furniture are required to keep their shops closed half the week, jews not allowed on public transport unless they work more than 7 miles from home, etc. etc. Does it diminish the crimes to have these constant reminders? does it ensure the fact that these crimes will not be repeated?

Ezi and Esther went looking for Ezi's favorite kitchen tool, an egg decapitator. It is like a little scissors but the body is round and when you press the two scissors handles together little sharp teeth come into the circle to decapitate the egg. I don't know how we lost the one we bought a few years ago, but Ezi really loves it and was willing to run around the KaDaWe searching for it. Anyway the clerk helped them and then wondered at how it worked. "Put your finger in here," Esther tells him, and he, obediently, put his finger in the circle. I think I may have warned him, or maybe Esther did. But he could have had some damage to his finger as a result of his obedience.

The stolpersteineare little brass signs in the sidewalk before houses which families were deported and killed in the war. Next door to the place where we are staying some new ones were placed yesterday.

These are the ones that were there before 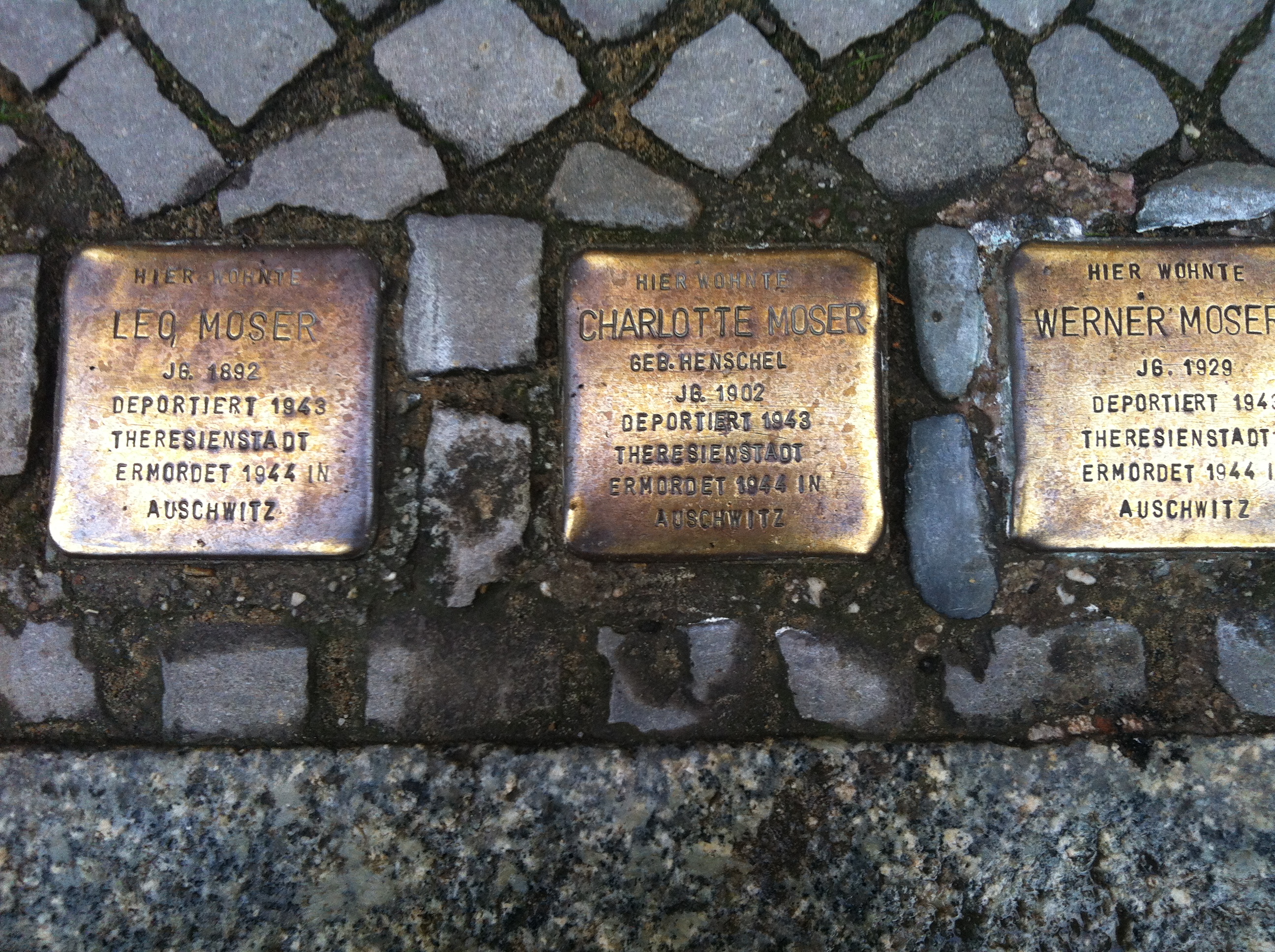 and these are the latest additions

Bye bye Berlin. So much more to do. We saw only two friends, and never got to see all the people I really wanted to see, but Berlin has so many sides, so much to think about, I don't think I could have managed more.

Like landing in a field of exploding candy. After Berlin, Tel Aviv is all over the place.