how did i not take pictures? all the children in school with so many different costumes. so many people on the street in so many different costumes. But unlike previous years i couldn't see any heroes, any people to be imitated, any ideals. not only was there no queen esther, but there were no wonder women, no mordechais, no cultural heroes. lots of fairies and vampires. i'm going out again soon and maybe i'll have a chance to show you all the festive streets, streets fesitve without opposites, without ideals, but with a lot of fun.

And in the evening we took some of the grandchildren to see Captain Marvel, and in a way i understood about the costumes from the movie. Good and evil are difficult, perhaps impossible to actually distinguish, power and wisdom are almost interchangeable. it is the situation of today.

what was amazing was the fact that when the credits came on, we got up to take the little children to bed. But the audience warned us that there another clip that would be important and sat us down again. it is the audience who redeemed the picture for me - the tel aviv version of the audience participation.

Izik Manger's take on "me too":

QUEEN VASHTI GOES TO HER HANGING

"Look, Tzipele! The queen will be led The king has decreed her punishment
to be a bitter death."

"A Mitzveh! When the King called,
she should have gone!
In her place, you - though a commoner -
would have done the same, true?"

"Gone? What are you saying, Rivke-Kroyne?
I would have flown to him like a bird
and stood stark naked
before all the lordly eyes.

And to the King I would have said
in these exact words:
"Did you call? Then here I am,
Achashverus, my beloved."


Then would the King have wrapped me
in his velvet scarlet cloak
and would have seized me furiously
and commanded the hangman to execute me."

"Feh, Dvore-Kroyn, you're not talking nice.
One shouldn't speak that way.
I've heard from my grandpa,
a girl who talks like that…”

"Make way!" -- The Queen strides
toward her severe sentence,
and above her lovely, youthful head
there flies a sparrow hawk.

She walks with silent, measured steps.
Only her eyes speak, quietly
and sadly to all
the young tailors and maidens:

I go forever from hence,
eternally away from you.
You will act the Purim play,
and remember me for good.

"Make way!" -- The Queen strides
toward her severe sentence,
and above her lovely, youthful head
there flies a sparrow hawk.

translated from Yiddish
by Karen Alkalay-Gut

We went to the Yung Yiddish Purim Shpiel last night - deep in the white elephant of the bus station. people warned me that the neighborhood is dangerous, and indeed the place looks very much like your worst nightmare - long dark empty corridors.

But at the end, there was the enormous pleasure of the Megillah, narrated and explained in Yiddish. 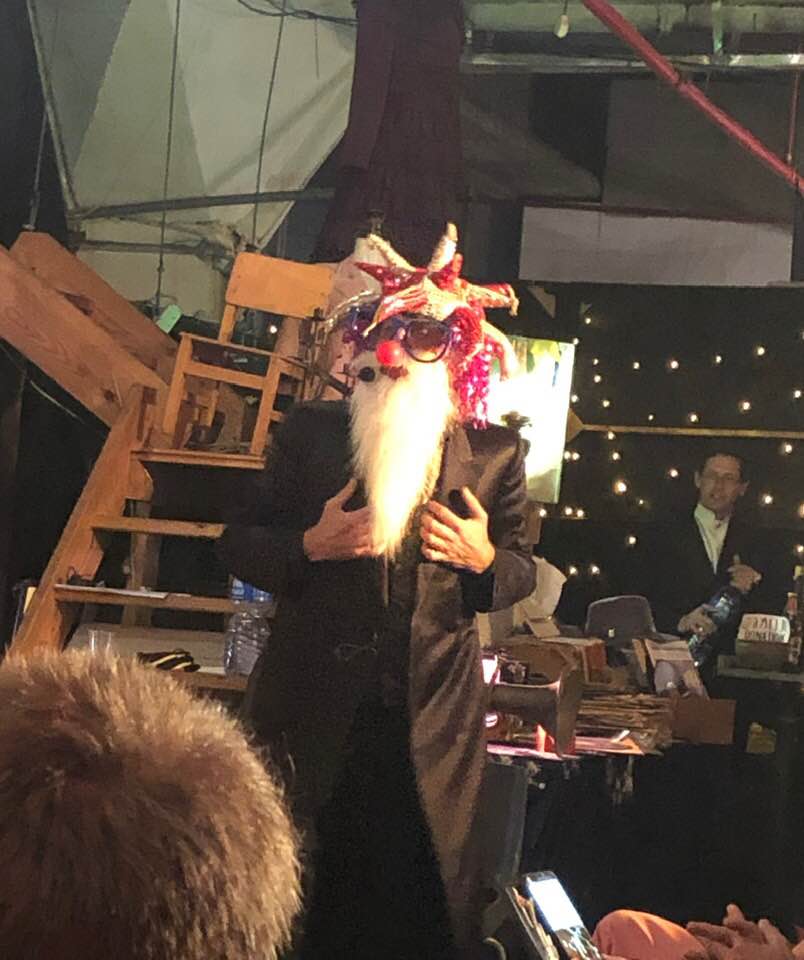 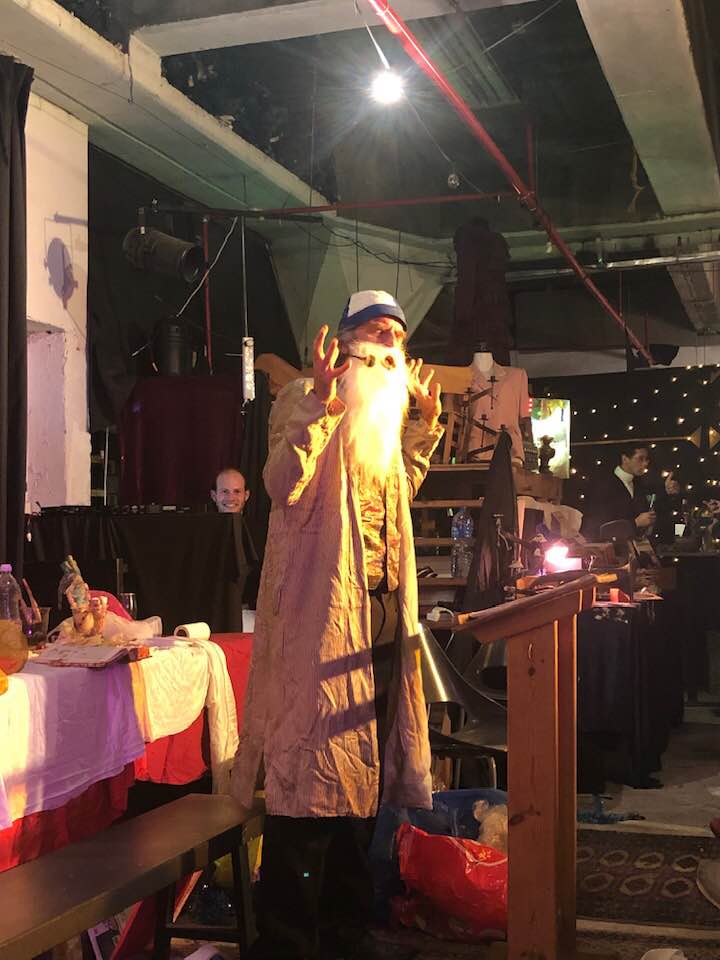 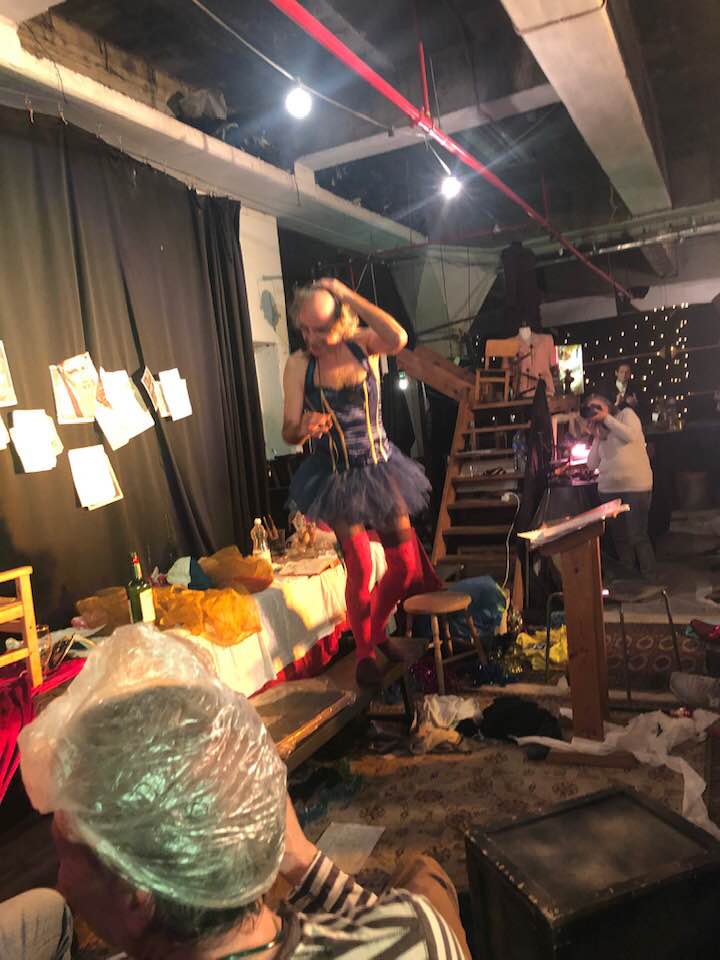 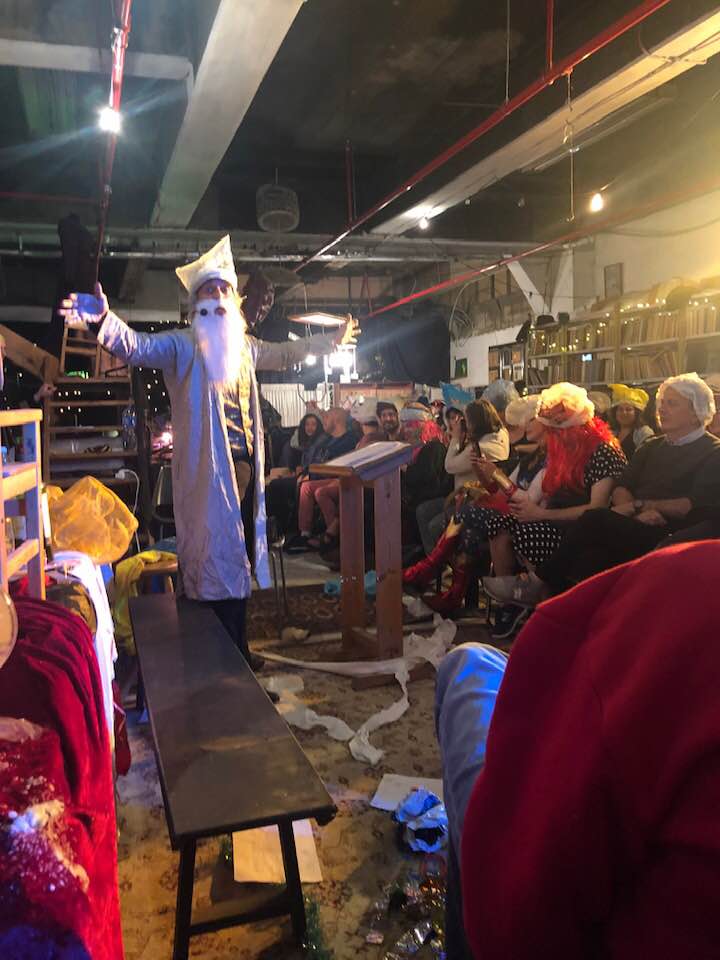 this is an annual event that not many Israelis know about. we encountered all kinds of Europeans - from Yugoslavia, Germany, France, etc. And the feeling that Jewishness, Yiddishkeit, was something that Tel Aviv people would really be benefitted by. We have a feeling for Purim, but in our struggle to keep our independence from the religious dominance of our lives, we are innure to its ethnic significance. Remember that God is not mentioned in the Megillah.

Ah Purim - and a storm of butterflies hit the country on their way to Levanon or Turkey. I thought at first that it was some kind of plague, but it became clear they had no interest in us - just wanted to get on their way.

And now for a bit of politics and Purim: They are saying that the reason the Iranians hacked Benny Gantz phone and not Bibi's was because they were afraid that Sarah would answer.

In case I told you I was going to have a big party for my birthday, I have to tell you that it is cancelled. i can't deal with friends and grandchildren at the same time. The date of a general party will soon be announced. But it won't be on the 29th.

Because I wanted to have my birthday next week at a restaurant i didn't know, and i had to make sure it would be a place with room and menu for the kids - i decided we had to go to Tel Aviv for lunch and see for myself. We were going to check a few places out, but by the time we got to Tulip on Yehuda Halevi Street, I realized I had made a mistake. Cars filled the street to the point where traffic wasn't moving. Parking lots were all full. Ezi dropped me off at the restaurant after a long struggle and I surveyed the corner we would be given to get a quiet dinner, and then ordered a few items for tasting. Ezi was going to go around and block and pick me up but he couldn't get anywhere. the digging for the subway, the crowds in the street, all made it impossible. So i walked to Rothchild Street and waited for him to get back to me. In the mean time the food was getting cold and the streets were filling up with costumed people. 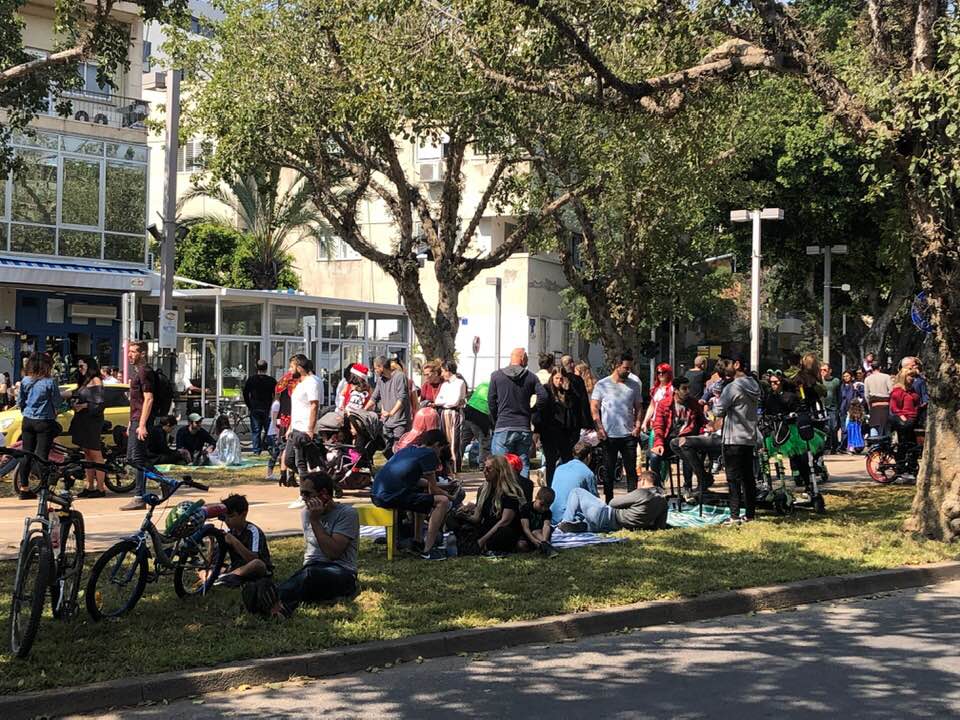 for miles - celebrations like I've never seen. And with every minute it got more and more crowded and wild. Mardi Gras has nothing on this.

Bibi showed up on tv tonight - and in some ways he made a wonderful impression. he almost convinced me.