I should have waited until after elections before i watched "House of Cards" - it's too much like reality and i fear the continuation of this mess. But whatever happens the change will be gradual. Someone sent me a march 18 newspaper where everything is wonderful. It's here. But if there is a change it will take years -

actually the turnout is low so far. Everyone i met today said they're voting and i'm sure there will be a rush to the polls soon. Bibi, who is running a one-man campaign, is hoping it will be low. That way the percentages are higher. the more people vote, the less impact the individual vote has. the more likely the likud's influence will be greater.

And still later - years ago I went to bed with the comfort that Peres was prime minister and woke up with Bibi. this time i fear i'm going to bed with bibi. maybe i'll wake up with Herzog.

Chats at the same time
With the anesthesiologist
About the election results this morning.
Suddenly the nurse interrupts,

"Look at that amazing tree
Blossoming pink outside the window.
See how beautiful it is!"

And I, immobile,
Face down on the table
Am grateful for her,
Can only be relieved
By the hope she brings.

When I ask the ninety year old poet Rivka Bassman how she is, she says, "the majority of things is all right." When I think of the world news, the massacre of tourists in Tunis, Chlorine gas used on children in Syria, even the threats in Japan on the life of Caroline Kennedy, the rape of an elderly nun in India, I'm grateful for some of the things that are still all right. this is for the moment. i don't see how it's not going to get worse.

So what we are talking about is a comparative optimism. Compared to what it could be, it's wonderful.

What could be better timing for a kabbalist - solstice, solar eclipse, just before sabbath? No wonder the bride is shining: 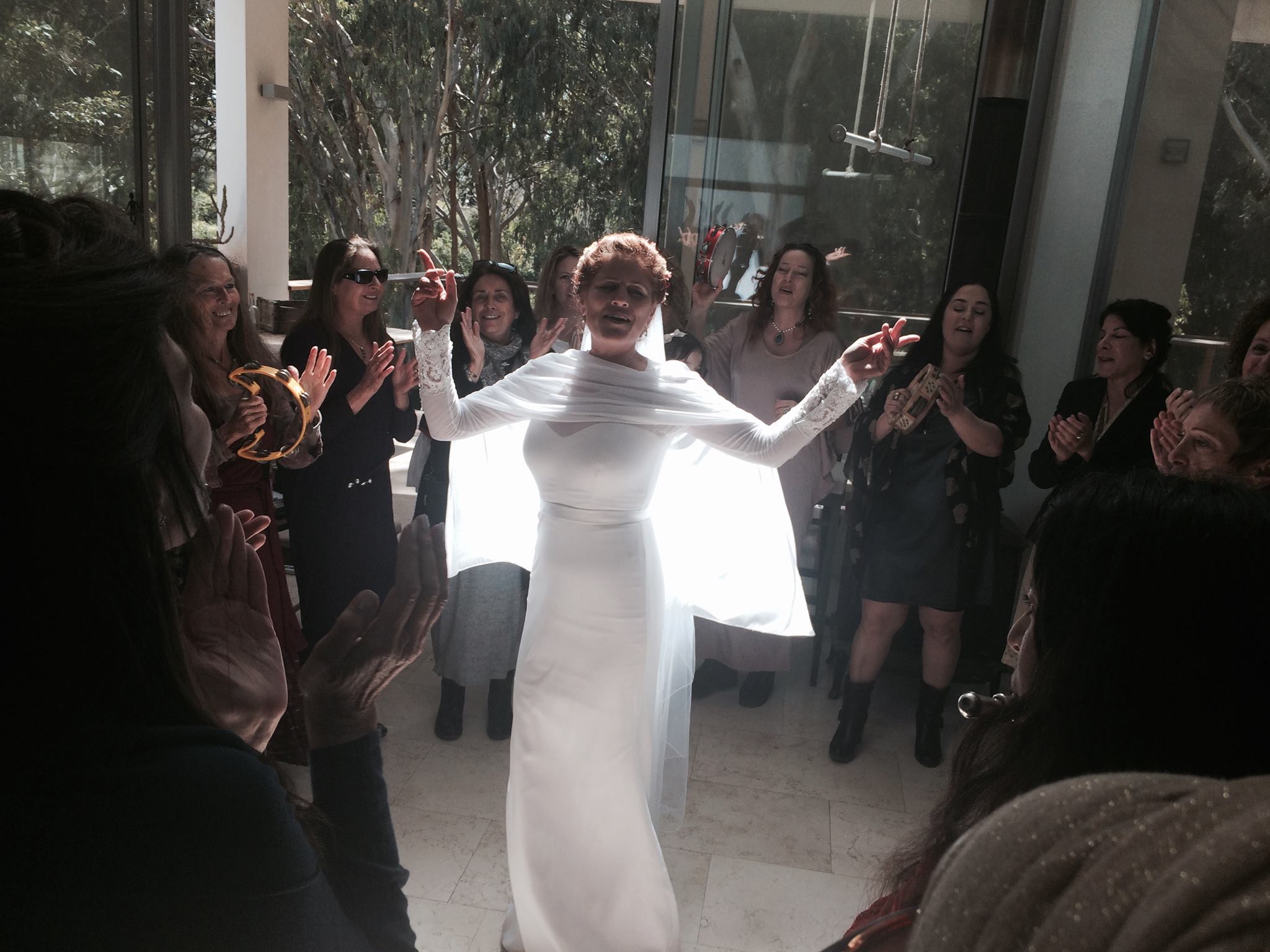