Before i write my own words online i always make sure something extraordinary hasn't happened in this country that i should be referring to first. And lately there's just a lot of bad mouthing and gossip. Rani Rahav - the pr man who shouldn't even have his name mentioned - did an incredibly flattering interview with the first lady last friday and hasnt stopped making book on it. there is something disgusting about the fact that a person so repulsive has a hand in controling the taste of this country. i was always impressed by the level of culture available here - until the last decade.

but enough of this complaining. i had a wonderful afternoon with Sabrine and I wish we can have many more together. Taybeh and Tel Aviv seem incredibly close when women talk.

sorry to interrupt - 2 rockets fell on us. well not really - as a friend whatssapped a notice from the civil defense: "one rocket fell, the other is still looking for parking."

This better not lead to war. if it does, Bibi wins the election.

and now another notice has come in: "The mayor has opened the public shelters - 20 shekel for the first hour, 7 shekel for every quarter hour after.

Seriously, what we haven't heard is a message from the prime minister. no calming words or explanation. i hope he is safe...

We woke to hear the news of the mass shootings in New Zealand. My heart goes out to those innocent worshippers who were wiped out at the moment of prayer.

As for us, I'll bet that Yihye Sinwar is playing with our minds with great glee. After being saved from a dangerous brain tumor by doctors here in Tel Aviv, he know how our minds work.

i kept hoping the weathermen would continue to be wrong - after an entire winter of stitching together forecasts with maps from all our neighboring countries, but now our radar has been fixed and they were right. it's raining today. on shabbat. after all my week of hoping to get to the hills to see the flowers. We've had such a flowering this year with the annual blessing of rain, and the earth seems to be giving up blooms, plants, even trees, we hadn't seen for many years. i love the surprise almost as much as the colors and smells. But today i will observe the sabbath and stay home.

At least there will be no exploding balloons today.

(later that evening) i couldn't keep away from the news and the terrible story of New Zealand. Like Jews, Arabs are connected by family all over the world. it is an immediate and intimate tragedy for them.

As the announcement came in over the radio even i understood it. My cleaner was listening in Russian but i knew what a terrorist attack announcement sounds like. And the number of people killed. Sometimes I think that in many ways we've lost as many victims to terrorism as New Zealand, only one by one by one. "That's why we have to have Bibi," says my cleaner, "because army people only know how to follow orders, and we need a leader who can take action." It seems to me we took an awful lot of action the other night on Gaza and that it doesn't really help if there is no dialogue, no respect, no honor.

One thing about creating a language anew is that it has flexibility. Lately i've been hearing the word 'gibberish' as a verb in hebrew. Ani Mejambresh. i am speaking gibberish. I love it. it is characteristic of the times because it is so hard to speak sense here, it is self-parodying, self aware. and so true everything people say lately is gibberish.

but the day has just begun - perhaps something will make sense as it goes on.

i can't even take Purim in the usual spirit. Everything has been upside down for so long that the idea of reversing roles doesn't work for me. 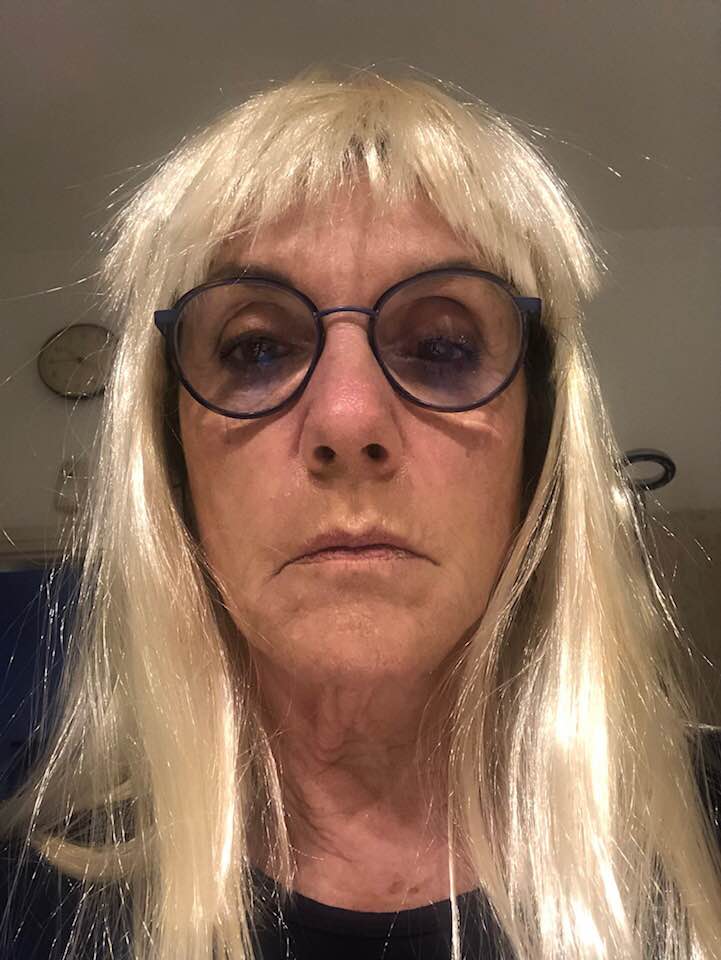