the hall in Suzanne Dellal theater was full - well over five hundred people. In the course of three hours over a dozen talented actors and poets and musicians paid tribute to the Palestinian poet Mahmoud Darwish in Hebrew and Arabic. If he had lived he wouldn't have believed it, I think. And, as Haim Guri pointed out, we were singing peace songs within shouting distance from where a fatal terrorist attack had occurred last week.

How many times has a pharmacist saved me from danger by warning me of reactions to drugs? How many times has a pharmacist saved me pain and anxiety by offering a cream or poultice I had never heard of? How many of these pharmacists were Arab? and why do they perform above and beyond what the job demands? Because they are human beings. Not that I encountered any today. On the contrary, I had an eye examination that was brief but bitter and cold. It left me wishing the technician was Arab and not Russian.

the play we saw tonight, Mephisto, about an actor selling his soul to the Nazis so he could continue to act, seemed a dialogue with the evening before. So I photographed the photograph with the book 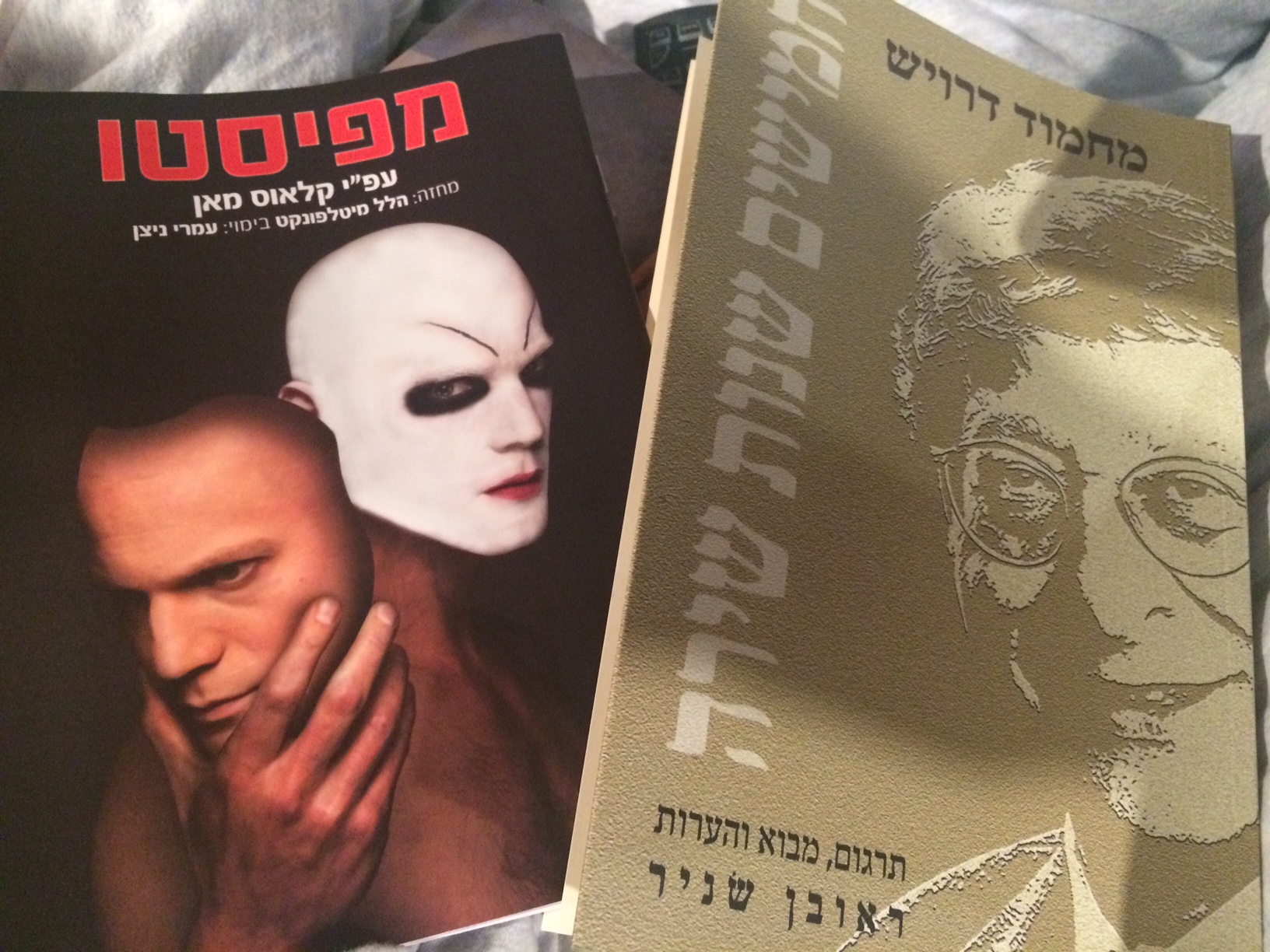 After meeting for two nights consecutively in what would be considered leftist I asked Alex Ansky where we would meet again, and he responded immediately, "in the Detention Camp.

But there is hope yet for the left. Look at the rainbow over Shenkin Street this afternoon!

The other night at the theater I noticed the woman next to me wearing my favorite bracelet - leather gold strips. I couldn't let that pass without a compliment, and she turned out to be a friend of the designer. And as if a birthday wish came true. Tali Gavish came to visit with a wonderful bag of jewelry - and my latest favorite: 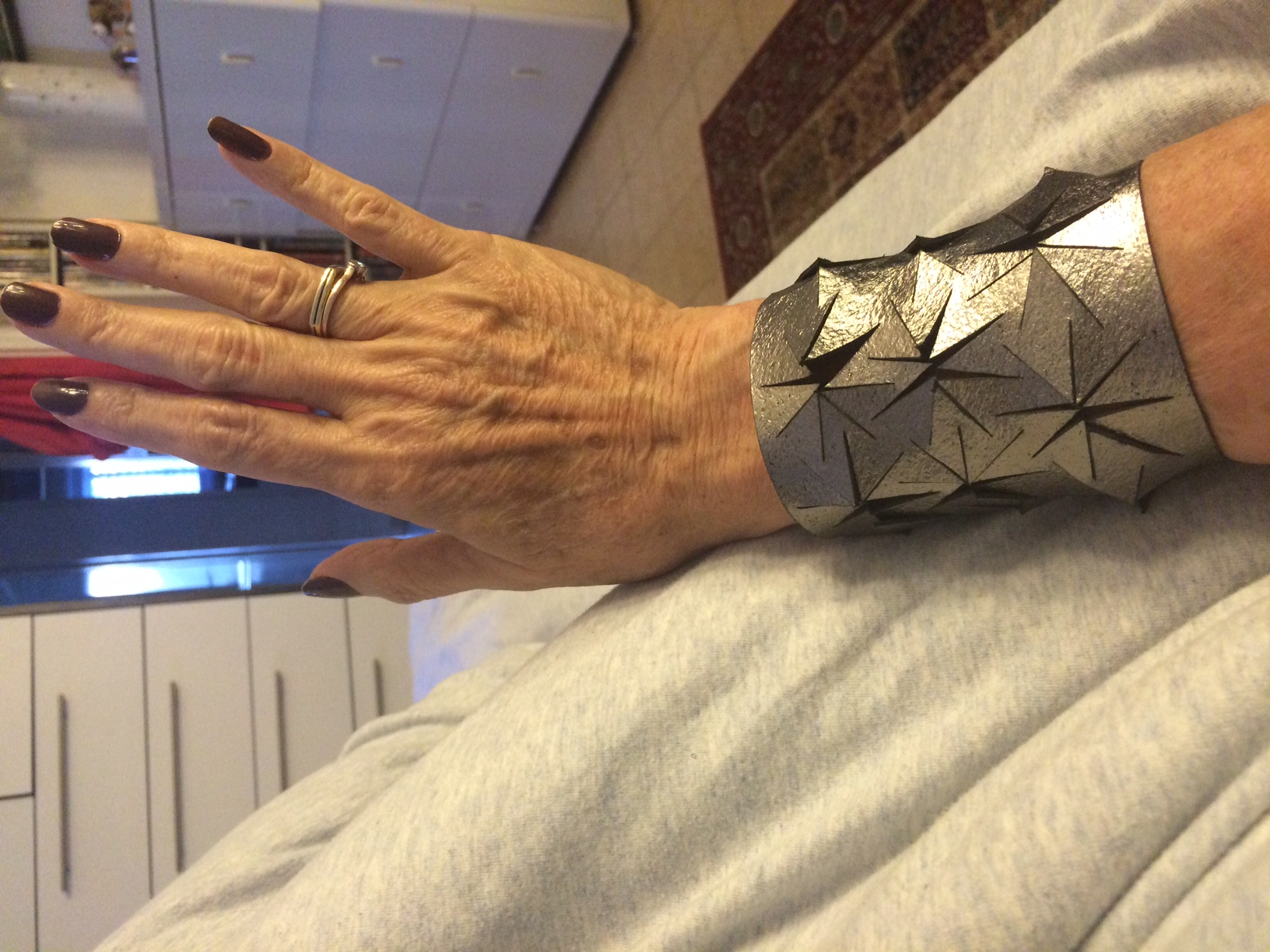 After a long hiatus we returned to study Arabic and discovered we have not forgotten everything. Almost everything, but not everything. the old question returns - how is it that every citizen in this country does not know the language?

Where do you go to the bathroom in Tel Aviv? Women have a problem. I usually have an automatic timer so I never get stuck, but today, near the market, I had to go. I walked into a simple restaurant and spotted the bathroom right away, but the door wouldn't open. So i asked the waiter for the key. "Are you kidding? We don't lock the doors! What if someone has to go?"