We get a box of organic vegetables every week. we never know what we will get, but we always manage to cook up some, eat others raw, and devour the entire box. It's like our lives here - we seem to manage to use everything. even though it gives me indigestion.

I've been watching the campaign videos. i know it's important, and i watch them all, and it gives me ...

But maybe, just maybe Herzog will make it in. Some people think so.

In the middle of the meeting of Ezi and the students who are writing about his grandfather, they shoved Pierre Van Passen's book about Palestine in 1947 - so I could find the passage about the building of the bridge at Raqqa. and i got blown away reading it. The events during and after WWII here are amazing. I'll just put on one example.

But not yet. My pictures didn't quite turn out. Just this one of Ezi showing his family tree to the students. 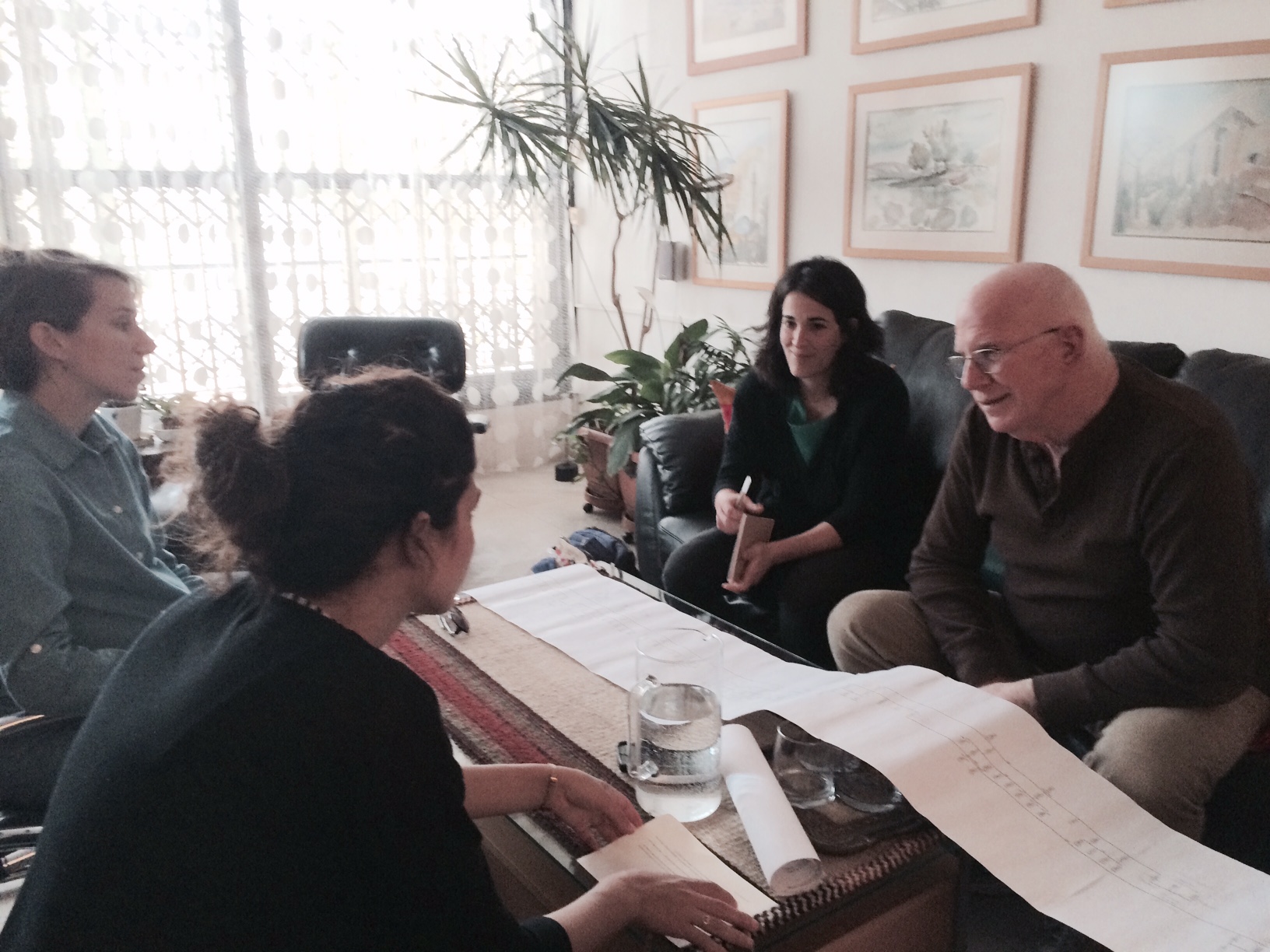 The Ides of March caught me first thing in the morning. In order for me to get my spinal radiowaves I need a recommendation from my family doctor who sent me to the clinic offices. So I got up early this morning and drove to the clinic because it was raining, where they directed me to the fax outside the office. "Send us a fax," they told me. Turns out I changed my entire schedule for the day for nothing. But why should I complain? I'm going to get surcease of pain.

After a long break, Haaretz finally returned my column, Here Lie to it's pages.

It is a small comfort, since i was beginning to wonder what was going to happen to them now, what with the elections, and the more important things going on. "Let me sing a bit longer," Carl Sandburg has her say in one of his poems, and I feel that way all the time... Malcah Natanson, a colleague, passed away today and was buried in the writers' section of the yarkonim cemetery. Her yearning for life was also apparent - strange and beating. But now I'm writing about Anna Margolin, who was the opposite.

it seems weird to write about graves when we are trying to get our strength uptotlive again. we want to wake up, not die. and the elections may or may not help/ i'm hungering to wake up. but the graves teach me lessons.

We came home from Baqa Al Gharbia tonight exhausted and happy, wiser and more puzzled, and very very full of food. I've never been there before, even though I've known many people from there. There is much i do not know about Islam, and there is more the Muslims need to learn about us. There is even more we need to teach each other.

8 mosques, 30 odd thousand people. in '48 there were about 2,500 thousand people but 4 times the amount of land. Most of it was confiscated in the early '50's but now, surrounded as they are by the highway on 2 sides, the wall on another side, and villages and a kibbutz everywhere else, there is no room to grow. Even though the houses there are large, so are the families, and they want to stay together. I was overwhelmed by the culture and religion and the generosity of our hosts. We did a tour of the city, Baqa al J'eit and of course the wall.

The wall is in every Arab's mind, because it has affected many Arab towns. Of course it has meant that the sense is of confinement. but somewhere in my pages is the phrase "first a wall, then we'll talk." that was when the streets were blowing up in Tel Aviv.

Now it really makes me mad.

We're just holding our breaths now. i can't even make plans for my birthday until i have an idea about what kind of government we have. As we drove home tonight (more about that another time) we passed the tents of the homeless on Namir Avenue and Ezi reminded me that we used to have government housing before Bibi. It was then that the memories started flooding in - proper medical services, polite people here and there, ethical values. It wasn't that long ago...