the annual book fair was in full swing tonight on Rabin Square. and I, poor fool, joined up with the kids to walk through the path of all the booths. maybe because my own publishers were not there and the publisher i had abandoned years ago had a special booth for poetry and behind it a number of my friends pushing their latest works. maybe it was all about jealousy. maybe it was due to the fact that children's books screamed out from all around - hawkers standing in the isles showing that theur books didn't have actual words in them, but comics so there was nothing to be afraid of. but i couldn't bear the way the books were displayed, the loudspeakers shouting out the names of the authors who were available to sign their works and take photographs with shoppers. somehow it seemed beneath the dignity of literature.

yes, i must be jealous. nothing is beneath the dignity of literature.

having spent today preparing all the reports for the writers' association, and therefore having been suffered enough, i am not going to watch the news. In stead i will now skype my brother and then finish the Automobile Club of Egypt which is addictive. Even though the author didn't want to be translated to Hebrew. Ever since Ali Salem took his jeep and drove from Cairo to Tel Aviv and got blacklisted in Egypt we don't have literary connections with them. How terrible. Actually Ali Salem didn't drive to Tel Aviv. He missed the stop and wound up in Netanya on Friday evening. Sasson Somekh called me to tell me he was in some kosher hotel there and the next morning we went to see him. He hadn't brought a bag because he was afraid to let even his wife know his plan, so the first thing i said to him was that my son was his size and if he needed underwear or clothes i could help him out. this was such a shock that he put it in his account of his visit. here. We went on to spend the day in Haifa, having lunch at a well=known Palestian restaurant where he made a fuss over the fact that they don't know how to make fava beans and the entire restaurant was overwhelmed that he was there. He made another impressive scene when we took him to the health clinic a few days later for a boil on his neck he acquired on the road through the Sinai. The incredulous doctor came out of the waiting room with the admission sheet and said "it doesn't say what your occupation is," and Ali stood to reply in incremental tones, "I once was a playright but now I am a PATIENT!" he really wanted normalization but never recovered from the punishments of his crime of coming to Israel.

Here we are in Haifa 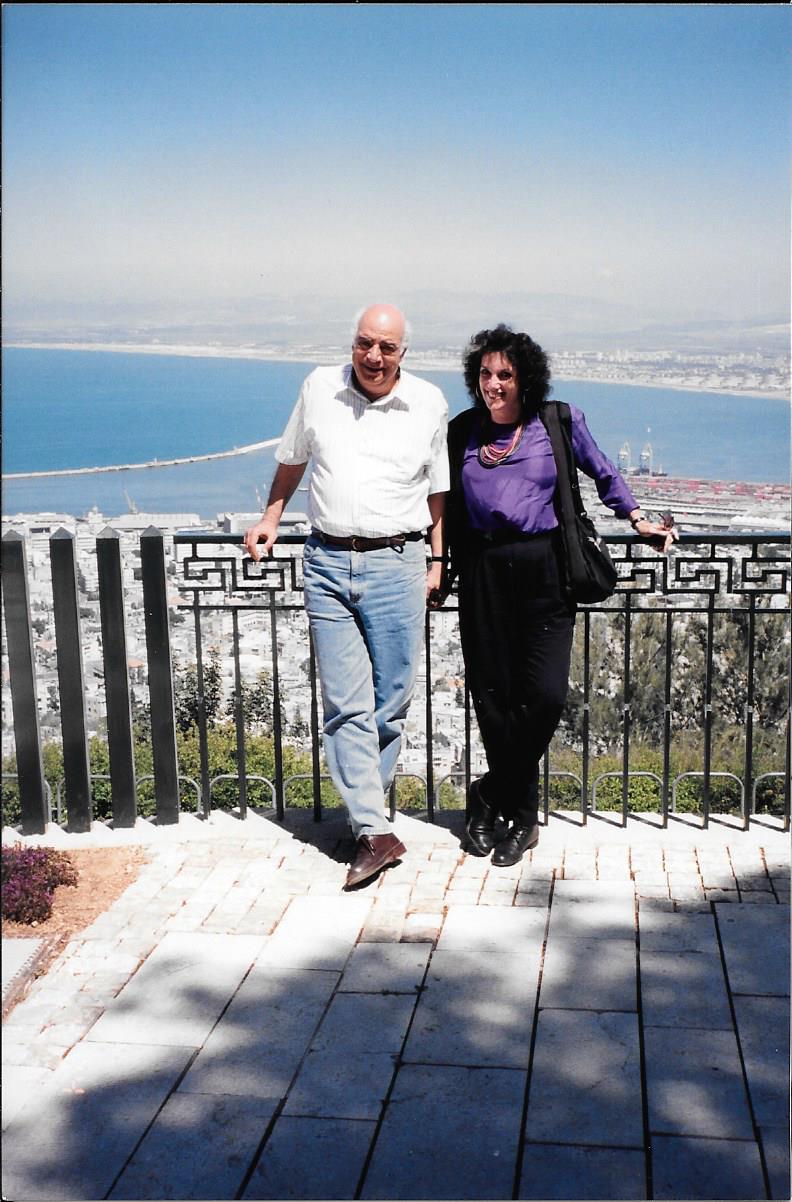 we had the meeting of the IAWE at the Hebrew Writers' House, and the attendance was impressive. Seeing my old friends all together gave me hope that we can make writers work together.

those of you following our flood damage will be happy to read that the carpenter came today, installed the repaired cabinets, and we put everything back in place. the broken air conditioner, the video, and the internet service was also fixed. it took all day but the home is finally restored to its previous chaos. it's not the world order that Korea and the US have signed onto, but it's good to be there.