As I roll around in bed and bemoan my fate, discussing yesterday's fish who still has remnants swimming around in my belly, Ezi is doing cancer paperwork.

There are all kinds of benefits for sick people - tax allowances, insurances, temporary handicap car stickers etc. But you have to fill in endless forms, and talk to endless numbers of clerks. And while we are struggling through these and other papers we've neglected for months, we continue our struggle with the mattress people. Let's see, we bought the beds on April 10, and were told we'd get them within 30 business days. The beds arrived on June 8 I think which is much more than 30 business days but we were too wilted to fight. And my mattress was black, because, as it said on the ticket, it was a floor sample. It was also incredibly uncomfortable. Two weeks later, after some haranguing, they switched the mattress and i discovered it wasn't all that bad. That relief allowed me to concentrate on the mechanism for sitting up that creaks so much I don't dare use it if Ezi is asleep. We made a date for the repairman and Ezi stayed home on Monday, but the repairman called midday to tell us that his car broke down and he'd call. But of course he didn't. So we called again today and made a date for next week. So perhaps the bed that we ordered in April will finally be complete. In the meantime, however, we discovered that our visa was charged 900 shekel more than we signed for. This has to be illegal, and will probably be worked out in the future, but when you have as much to deal with as Ezi does, it is really terrible.

By the way, we have received no apologies for all these little contretemps, but they did give us mattress covers free.

It occurred to me when i was talking about this with my neice who wanted advice about buying a mattress that it isn't the fault of the mattress, but the fact that we bought it through Ezi's work on a deal. Had we gone through a store, where a human being was responsible, none of this would have happened. "Moshe, I can't sleep! The mattress is dirty!" "Let me see what I can do." Two minutes later "I'll bring you a new one on my way home tonight." An hour later: "Put the kettle on, I'm coming over with the mattress."

So it was a nice dream I had last night. But it is not impossible.

I keep starting topics and erasing them today. Being sick, I spend more time watching movies on tv then really wandering the streets of Tel Aviv. But we dragged ourselves out of be to go to meet the extended family at Pappa's. An afternoon of catching up on cousin news, of pasta, profiteroles and then the strange moments of beauty in that often ugly quarter. The family architects agree that the number of ugly buildings outweigh the charming ones and the whole area should have been bulldozed, but I think the random planning and the sentimental history of a place justify its preservation. Especially when I look at the balconies of Pappas. I would love to spend an afternoon with my computer on one of those balconies, especially if I can listen to the chorus of birds in the one tree opposite. That multitude of birds crowded into one chance tree, chattering their hearts out, reminds of the whole neighbothood.

Blissfully I stayed home today when everyone went to Caesarea. Despite the tempting photos that Ezi took, I'm not sorry. 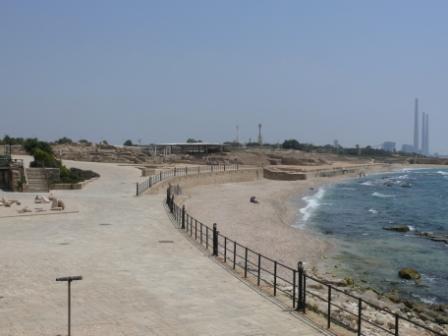 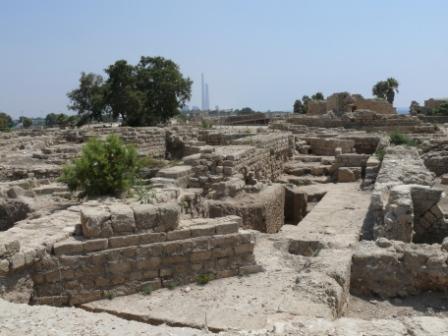 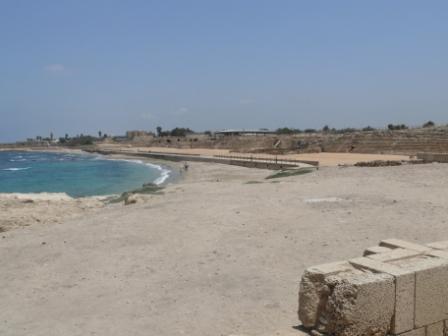 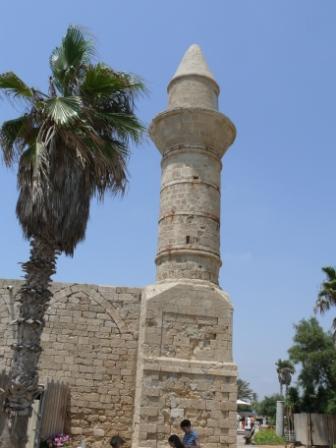 Why is there such a conflict about the prisoner exchange? Because we know the Israeli soldiers were not captured in battle or in some dangerous mission in foreign lands, but were kidnapped specifically for the purpose of prisoner exchange, and that an exchange will certainly encourage further kidnappings. On the other hand the exchange that returns Israeli soldiers sends a message to Israeli citizens who are all related to soldiers, that the government will do everything to return them. Whatever the decision had been, the agreement today would have been a no-win situation. I was watching some ten-year old boys playing today in the park, and thought, as so many of us often do, how can I protect them? The thought is always of protection, not aggression, and it is always a painful one. We all know, for example, that this deal will make the next one with Gilad Shalit much more difficult. So a sadness overwhelms every single Israeli.