Back by popular demand. More chicken at the fish restaurant "Dag al haDan." 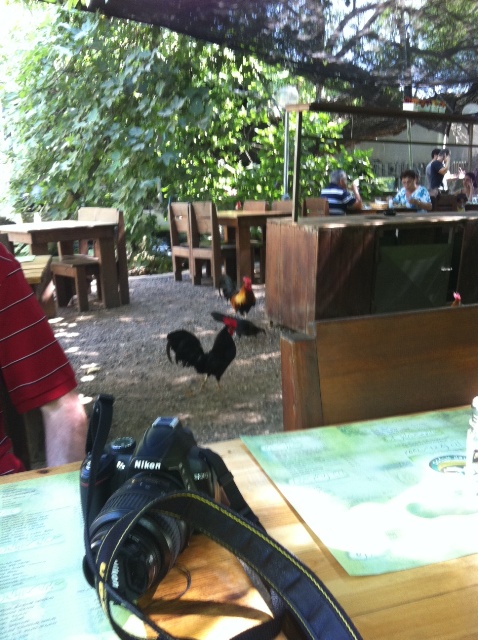 Can you imagine that one of the tributaries of the Jordan river provides the drinking water for CHICKENS? 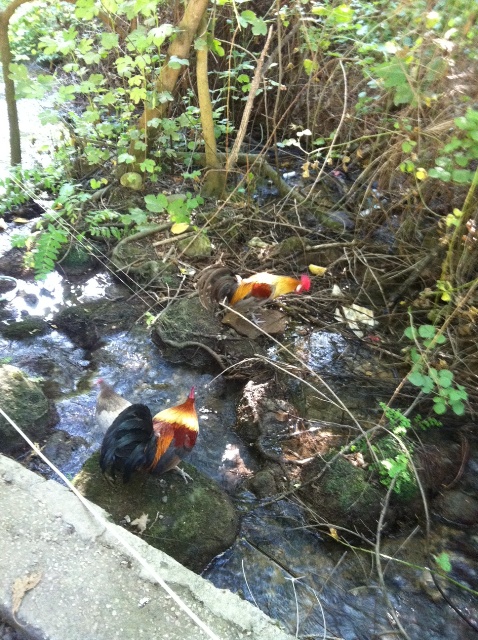 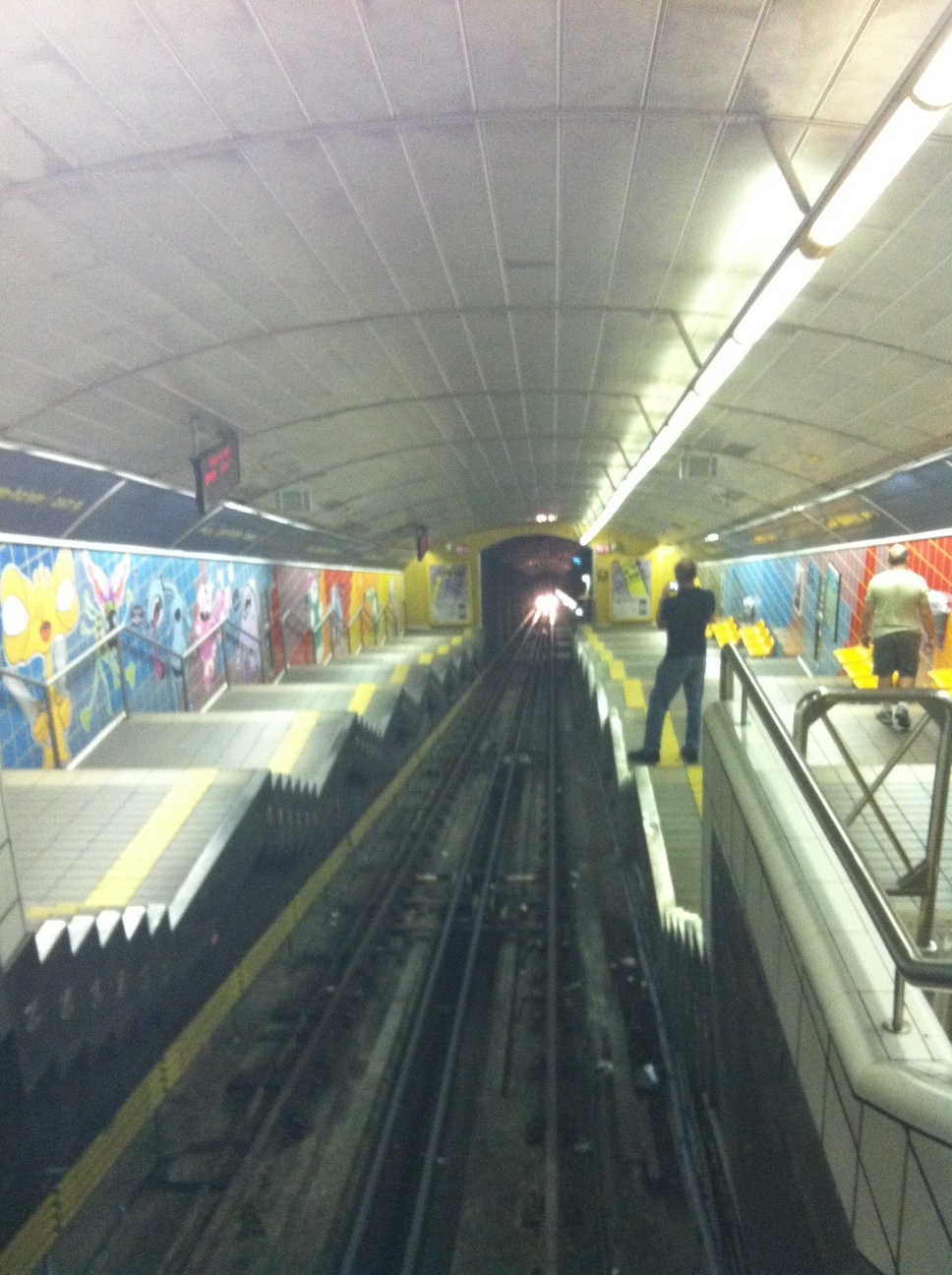 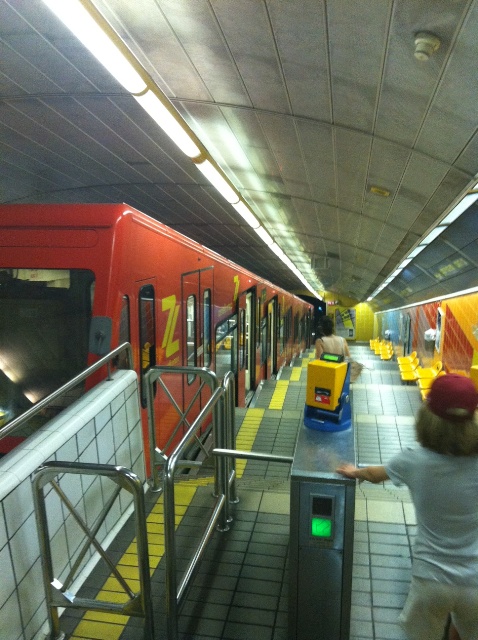 I do like Haifa, and had some beautiful walks there. 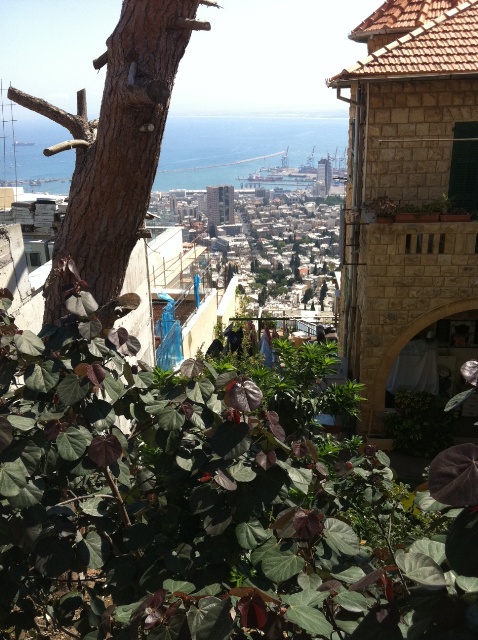 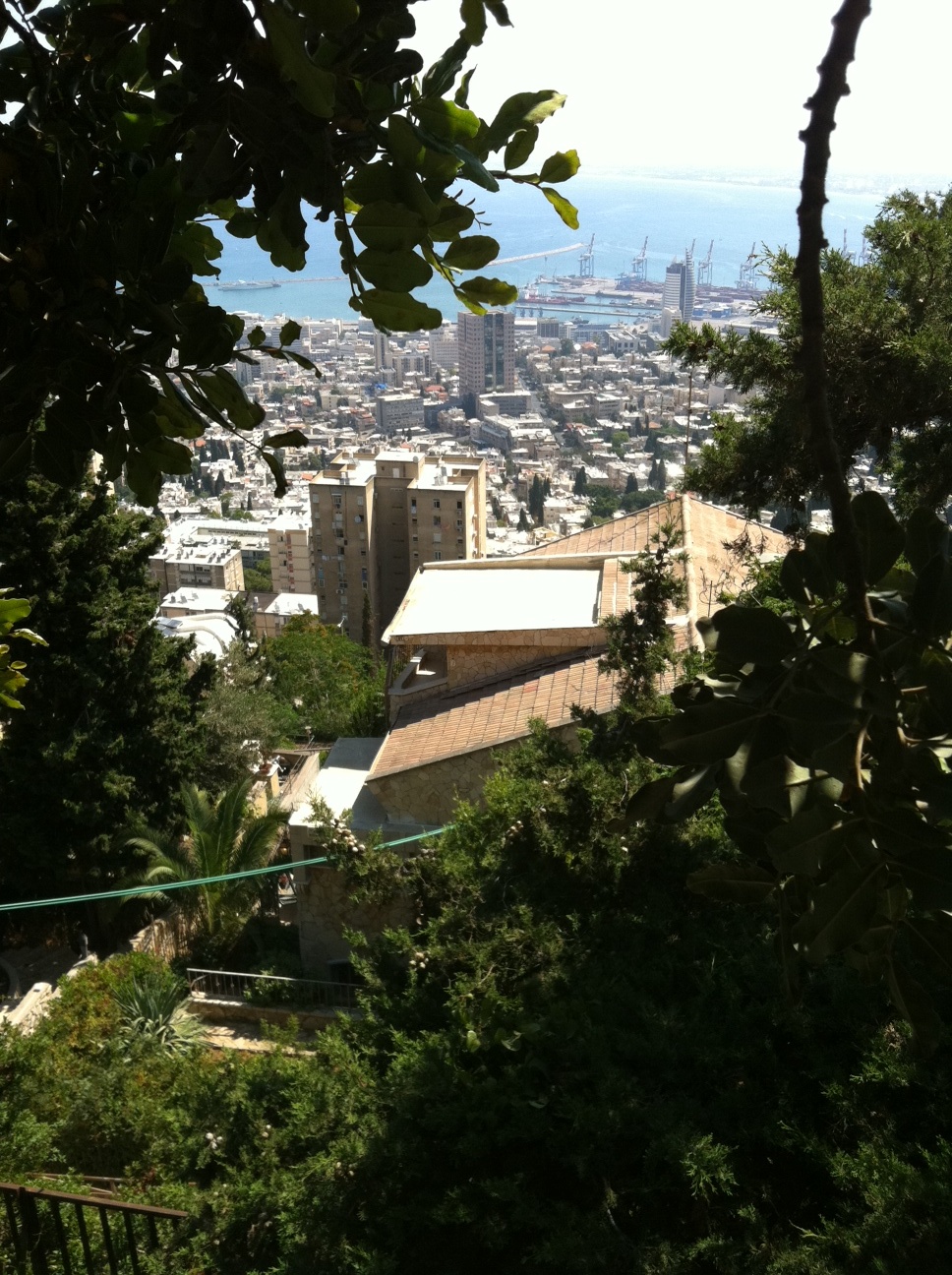 But I didn't take photographs of the really interesting things there. Like the difference in the clothing of Tel Aviv and Haifa. Women in Haifa seem to have more style, dress up more. And they seem to be more family-oriented. Stop me if I'm wrong....

Here's a story that isn't mine, My daughter went to the Minister of Interior today to get a passport for her baby. The building is new and the system has been improved so she figured it might not take too long. Not only didn't she have to wait, but the guard sang to her baby while she filled out the forms. She was home in an hour.

Years and years ago a guy from Detroit named Toby Holzman started collecting books written in English in Israel. I wasn't in touch with him too often because he believed in real letters and I was soon hooked on electronic mail (1985 I think) but I always sent him a copy of my latest book, which he catalogued and never read. Eventually he donated a room to the National Library in Jerusalem dedicated to foreign languages writers in Israel, which wasn't open all the time because he had to hire his own librarian to oversee the room. Last year he died and I wondered what would become of the books. Wondered, but did nothing. SOMEONE should do something about it - the fact that there is an entire tangential culture that will disappear. Anyway, the books are gone in the big giveaway at the library yesterday and today. And we'll probably never know what the all the books here were.

Why do I think the accumulation of information about writers in English is so important? Because they are a bunch of individuals trying to fit in to a multicultural but ideologically congenial society. We have no group like the Russians seem to, and have no cultural limitations like Arab society might urge its writers. And we are totally invisible in Hebrew society, so we have enormous freedom. So I agreed to help edit an anthology of English poetry in Hebrew translation.

We also have enormous responsibility too - to convey to the English-speaking world what really happens around here.

We walked into the Cameri theater last night to see a new play A Good Ending. And there on the stage was one of our worst nightmares, a cancer ward. I recognized it even before Ezi, the IV stands, the big green lounge chairs, the IV stands. It was the theater invading my life or vice versa. But is was a fantasy - three long time chemo patients are joined by a new woman whose illness is much further advanced that theirs and during the course of the play decides to decline treatment. Doesn't sound good - but it is so full of jokes and amazing songs and choreography that when we walks up the stairs 'into the sunset' at the end she is a heroine to us all. And when the playright is greeted with thunderous applause, and we know as well she too has declined further treatment, it seems like we too are participating in the heroic gesture. In fact I saw her - Anat Gov - a few times in the hospital when I was there with Ezi. she was nearly dead from the chemo and was being wheeled out. She looks much better now. So maybe the decision was not such a bad one - but I'm not sure I would not try every treatment possible to keep me alive a little longer while a cure could be discovered.

The point of all this is that I am overwhelmed by the daring of Israeli theater,

Not Habima. Their daring is only in having harassed me to translate a play by Hanoch Levin in a hurry by February, they haven't paid me yet!