Daphni Leef was arrested this afternoon - during a protest on Rothschild Blvd!What has happened to this city?

The rockets are falling, we're striking, they're striking, they're trying to hit Ashkelon, and meanwhile in Tel Aviv they're trying to hold a rally with massive police forces waiting to control them. So as soon as all the children and grandchildren leave, I breathlessly turn on the news (don't like the idea of kiddies watching news nowadays) but there are the usual programs on tv - a sitcom here, a movie there - nothing that couldn't be postponed if there was an emergency... So it can't be serious, right? That or else some mother doesn't like the idea of us watching news nowadays.

All right, all right, so I'm a news junkie. At least the remote is something I can control!

Never boring around here. The elections in Egypt - seem democratic and that is an amazing development. Who can not wish the Egyptian people the best of luck?

Remember - our demonstrations began just after the ones in Cairo. And for us nothing is changed. It's nowhere near as bad here as it was in Egypt and that's important, and we would not be willing to vote in a religious party, and that's important too. In fact, most of us believe that politics and religion here should be separated, but it might be a good thing for Egypt. Who knows.

in the meantime, we've got our own troubles - thank goodness we've got people like Shabak Samech and some amazing young revolutionaries. If I weren't so scared, I'd be there.

Now read about what Zelda Harris who was there, wrote about what she saw in her blog

We found ourselves in Trumpeldor Cemetery looking for graves today. Ezi's grandparents were buried there: 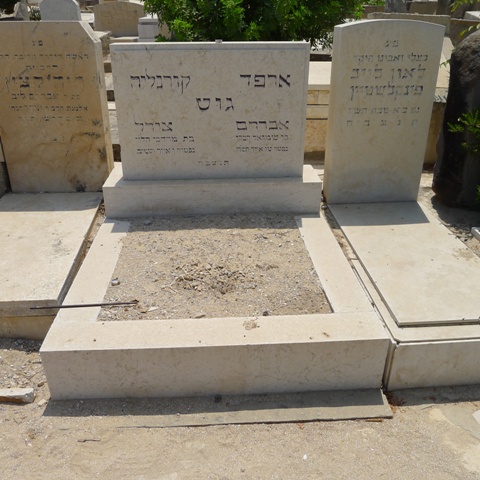 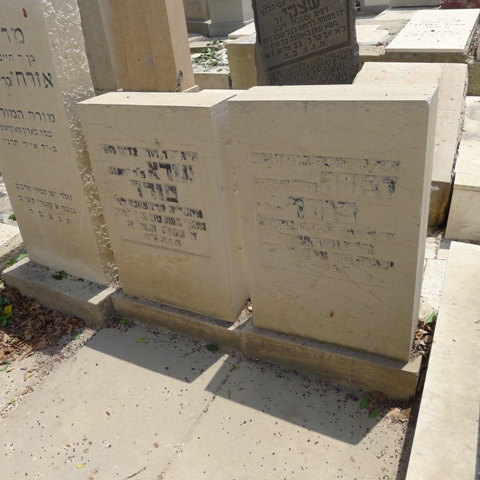 . But we never found Ezi's aunt, Rivkah, who died a young woman of rheumatic fever.

I wonder how many shows for Thursday night in cooperation with and in honor of Tel Aviv have been cancelled in protest over police violence exhibited in the demonstrations this weekend. Even the English department's all night reading of Moby Dick is off. And now the police has announced they won't be coming to small demonstrations any more. No apologies, no contrition from the mayor, no attempt at dialogue. What a mistake.

Many voices siding with the protest movement have announced their objection to violence on the part of the demonstrators as well. So we're all agreed. No more bloodshed in Tel Aviv. And now we can start paying attention again to the big issues - like poverty and the uneven distribution of wealth in this country. As I think I pointed out before, even the lowest of lowly writers is involved in this issue, because they, like everyone else, are victims of tycoons who get richer off the profits due THEM. The book selling business here has become a capitalistic nightmare.