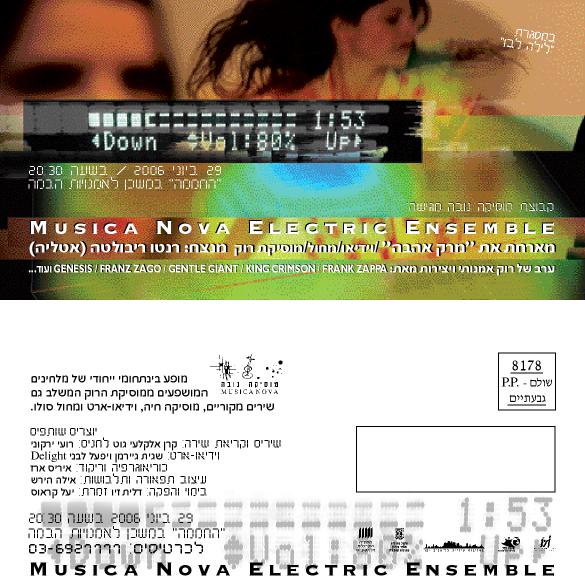 So the question of who killed the poor Ghalyah family is still kicking around. Am I the only one who is saying that it doesn't matter technically who killed them, it matters that people are killed in battlefields and no one should be in a battlefield? Nobody. My heart goes out to the victims, their families, their friends, but who fired the rocket here is less important than the fact that everybody's firing rockets and that has to stop. We have to find a way to make peace.

I used to think the fence would be a good beginning - because it would stop violence long enough for negotiations to take place. But with the fence, and the pullout from Gaza, they are still firing, and we are too. I have a poem where I stole the punch line from Ezi's kindergarten which goes "It all started when he hit me back."

Actually i have two poems whre I steal his line, and now that I've looked for it on the web I see it wasn't original with him either. Well anyway in case you want to see the poems they are here: Live War and Provocation: A Computer Game

I need help. Because my 'costume' from the Festival was so ridiculous and unflattering, i have been given a 'release' from wearing it on the 29th, but it seems appropriate since i'm supposed to be sisters with Iris and Yael, that I wear something that seems to connect to them - like some kind of white dress. But I have peeked into innumerable shops and haven't seen anything like that. Dress shops here, even the big ones, even department stores, have single models of things, a little bit of this and that. Not like M&S or Macys when you see millions of different models in all sizes. And everything is black. Yes, it's my favorite color, but only now when I have to find something else, I see how little variety there is. And how it's all geared to very young girls or dumpy women. I'm always admiring the Muslim women for the creativeness of color and fabric in relatively simple and standard patterns. Now I am noticing why - most of the 'cosmopolitan' clothing is a drag. But maybe i haven't been shopping around enough. My back doesn't allow more than 30 minutes at once. Any ideas?

What about the traditional Jewish Orthodox dress, you ask? I think they are consciously and ideologically unaesthetic, but those who manage to work with and overcome the ideology are stunning. One of my best friends is one of the most dramatic dressers I know, and works within the framework of 'tsnies' or modest dress for women.

All right, here's a site to go shopping in in Israel Shenkin Street. You can take a tour through all the stores there. I don't think one can actually purchase anything, even though they say you can, but the site saved me a trip to town.

"Kassam-shamasam" said Shimon Peres, and then after he was declared persona non grata in Sderot, explained that he meant just that the rockets fired there should not be a major issue in negotiations. I doubt whether he's forgiven. Amazing how nuances work in this world.

We've been working on the conference on north american immigration and literature today - we've got scheduled for october 25. it always surprises me how complex the subject is. as an immigrant i'm on the inside looking out, but when i look at the facts, it's pretty surprising. Ilan Riss, for example, says that the U.S. immigration is primarily ideological, but the ideology has reversed. In the '60's and '70's everyone was left wing and in the past 20 years, right. It's pretty obvious once you say it, but no one ever said it as far as I know. Any way it will be more obvious when you hear the writers reading from their works on this subject.

Politics. The big thing about politics is that we sit around and debate about all kinds of things but kids are being killed in Gaza and kids are targeted in Sderot. And for me the worst part of it is that I cannot figure out what our minister of defense could do to stop it.

I'm not at the Roger Waters concert. I am one of the small few not there - but remember i have a terrible back and no time. 55,000 people there on the hummous fields. But here he is, the guy from the Wall coming here to help take down the wall. It's an interesting situation - but i wish the solution to the wall were as simple as it can be in music or poetry.

By popular request, here are three pictures of the israel festival - love soup - which will be repeated at the Opera next week on the 29th. These are from the dress rehearsal 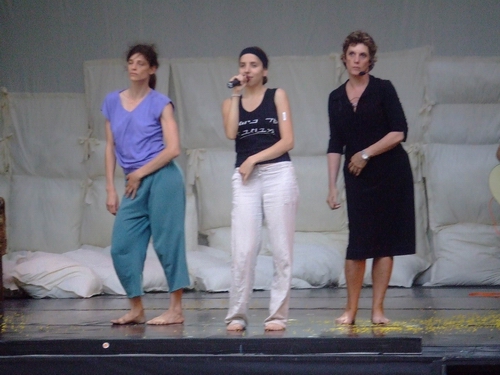 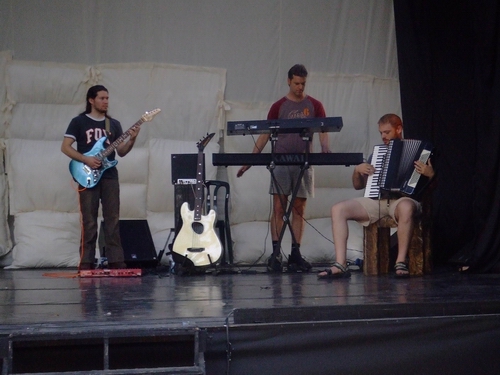 and this is the stage of the performance. 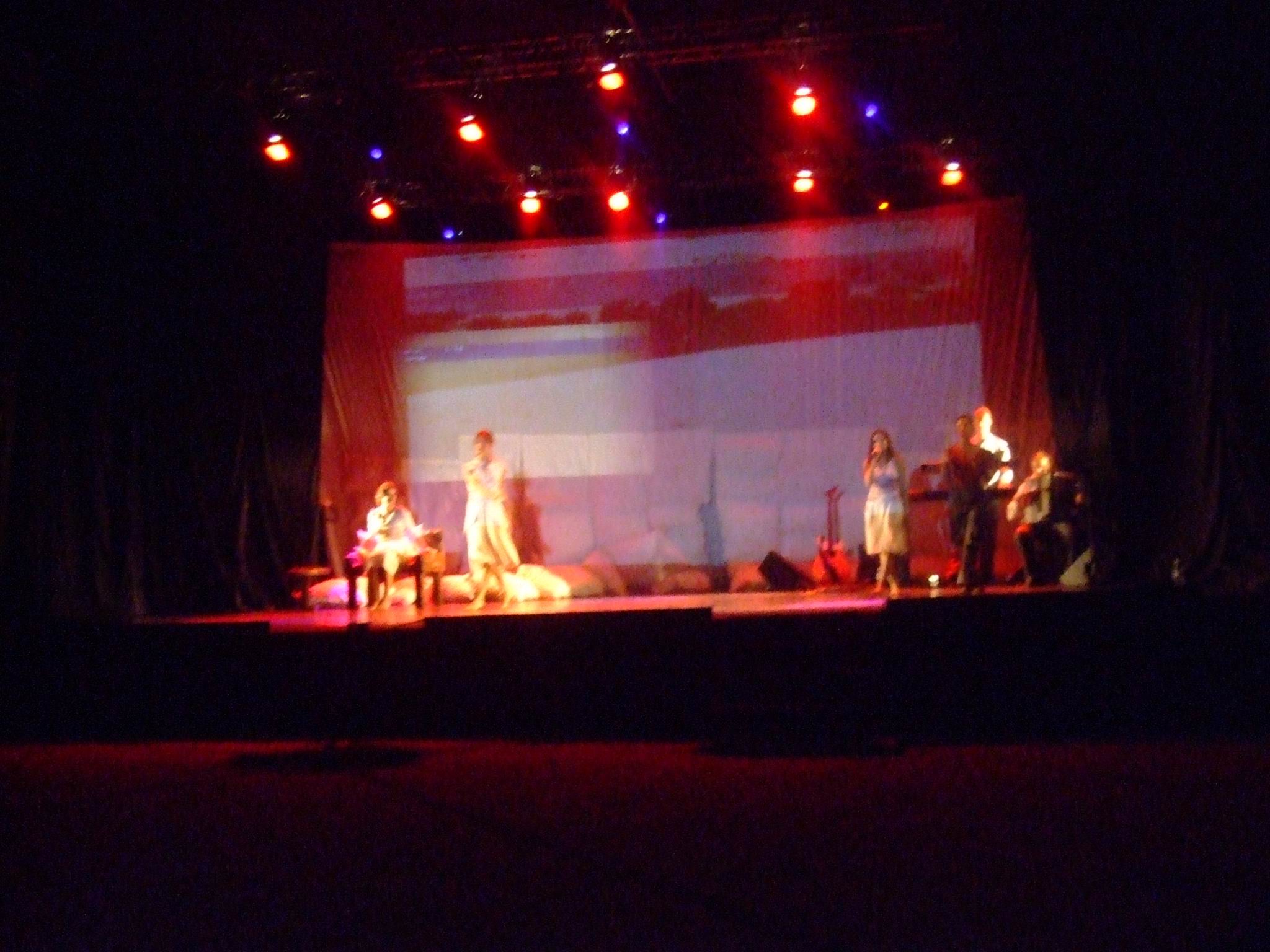