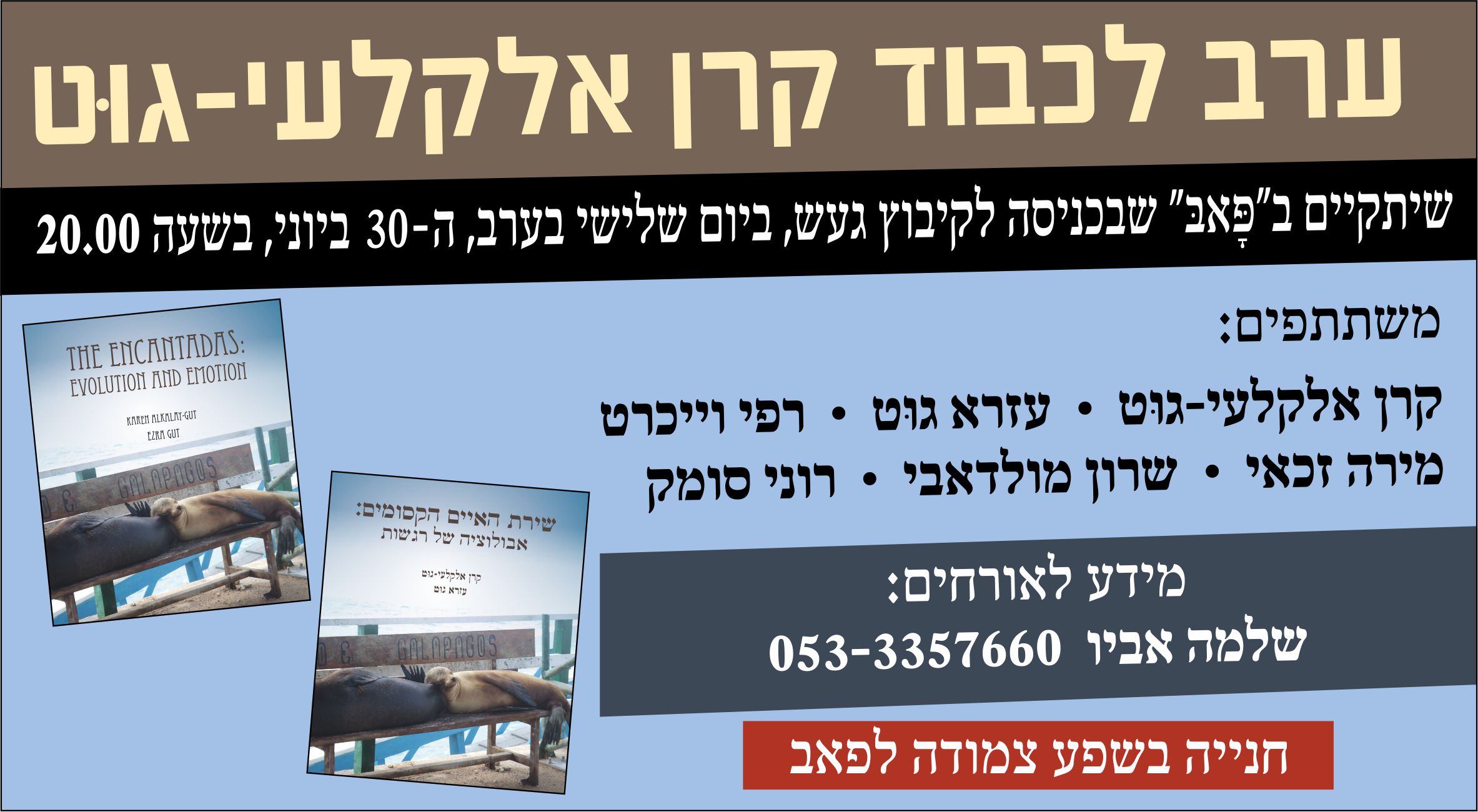 Ezi spent the afternoon converting part of the video of my reading the other week in Salerno to youtube. I think I wrote this poem "All Poetry is Revolutionary for the first 100Tpc (100,000 poets for Change) event that we had in Papas in 2011. Very typical poem for me.

This was the last day of the poetry workshop that Shawn has been running for the students - for free - from Tel Aviv University. It was amazing to see that poetry had become so important to the students that they were willing to do it without credit or recognition and want to continue in the summer, and that Shawn Edri was happy to volunteer to lead it. We invited local poets to give workshops and they were happy to do it - and because we have no money - for free. With all the talk going on about government funding for the arts we forget that sometimes art doesn't always depend on money.

Amos Oz wrote a letter to Haaretz today protesting the treatment of our Minister of Culture, Miri Regev, by people in the arts. Even though he doesn't agree with her ideas. I agree with Oz. But there is something about Miri Regev's principles that I also agree with. Why should a government FUND work that is in open opposition to the government? Protest is good, but it doesn't always have to be government funded. How does the government funding work in most democracies?

After a hard day - really hard physically - we found ourselves sitting in a cafe in Habima Square with a two + year old granddaughter. We were feeding her forbidden chocolate because she was really missing her mommy, and watching all the people passing by and suddenly Ezi asked me, "Would you rather be here or in the Piazza Navona?" and i surprisedm spat out - Piazza Navona is all about grabbing stuff from other countries to show how great Rome is. The Habima square itself is invisible. it's about people."

all right - these are poetry readings from Salerno. the top one was on opening night (there were others) and the bottom one on our last dinner. what i liked was the fact that the audience was all poets and they were all interested in listening to each other. I find it rare around here.

The cultural atmosphere is extremely competitive perhaps because there is so much talent around here. this week is 'white night' in tel aviv, where we go on all isnight with cultural activities, and it isn't enough.

As far as the great scandal of our new cultural minister censoring activities by witholding funding - well i just don't think it's time to stir up excitement and anger. Let's everyone shut up for a month. We've got enough trouble with Isis and the other dangers on our borders.

As we listened to Verdi's Requiem tonight I kept wandering. The words kept echoing to me in Hebrew - Holy holy holy. And kept thinking, why do I need these prayers - even though I have always loved them. And then I realized that Isis will destroy all this if they get their hands on it and if we aren't alert. The arson in the church of bread and fish yesterday shows there are others in this area ready and willing to destroy whatever is holy to another religion.

I will probably not be writing tomorrow because I will be jaunting ever so quickly to Cyprus. A little business you who have been reading this diary for years will recall. If I get a chance I will let you know tomorrow. If not, i'll catch up on Monday. have a good sunday.