You know I try to stay away from personal events, unless I'm talking about my husband, which I learned from the Wife of Bath, is inevitable for a wife. But today I was so impressed with the first June wedding of the year I couldn't keep quiet. The couple was hearing impaired, but it didn't stop them or all their friends from rejoicing even though it was roasting in the garden where we were, and even though a large portion of the guests had never seen hearing impaired people before. The joy was palpable, in the couple, in the crowd, in the participants, and in the moderators who conducted or translated to the crowd or to the couple. And the wedding, one not orthodox and therefore not recognized by the rabbinate here was a gender-equal one, down to every detail. (One example - on the blessing where it is commanded for the groom to 'rejoice in the bride' we heard 'rejoice WITH the bride.' Such a simple detail and so significant!

At the last minute Panic Ensemble is doing an additional concert in Ra'anana on Wednesday night - at 8:30 - at the conservatory. No real advertising - just a kind of clandestine concert. The real launch is on Saturday, June 10th, at Barbi. And of course on Friday we're going to talk about how we came to work together and what the poems mean and all that while they perform at Levontin 7.

You don't always see what is in front of you. Last night, for example, we were walking past the zoological gardens and counted at least half a dozen peacocks sitting on the fence screaming at each other. There were lots of passersby but no one noticed. And even though we didn't really succeed in capturing the amazing site, we were entranced. 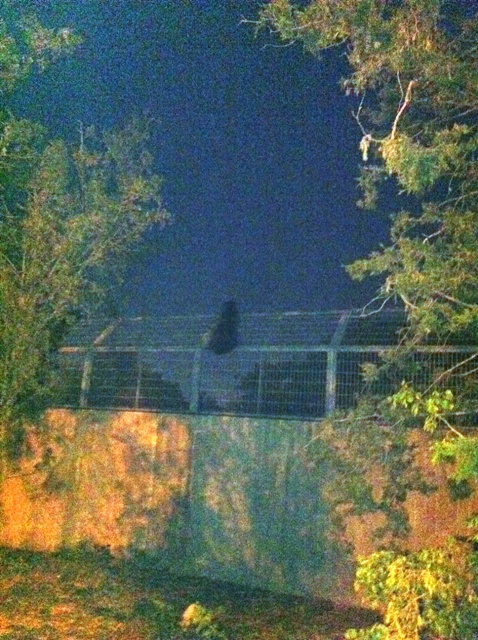 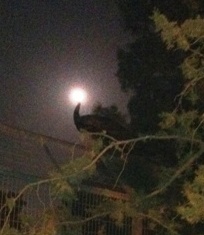 It got me thinking about other things in our neighborhood that we don't see. One thing I try not to notice is the increasing numbers of thin bearded young men in black suits and hats. They seem to me to be soldiers, scouting the territory and slowly infiltrating, but as long as they don't interfere with my life and peace I will not pay attention. When they get in my face, and I have no choice but to notice them, I am really bothered. If it's in a public, general place, I don't think I have a right to complain. Last week in the Carmel Market, for example, I was walking with a guest, and the Chabad people there stopped him to lay tfillim. It was very much not to his taste but he could just brush them off and keep going. A few months ago my Japanese friend even enjoyed the opportunity to discuss religion and to feel at home in Israel because of the conversation about rituals. And when a woman on the street a few weeks ago stopped me to give me candles to light for Shabbat, I was almost pleased to be included in a kind of family. But when a car drives by with a loudspeaker telling me to light candles, or when someone approaches me while I'm shopping in my neighborhood, I feel invaded.

When we drove to Levontin 7 today to drop off the posters for Friday we had the chance to see all the gentrification in the area. The last time I was there in the daylight I was all out of shape because I had some tv interview, and Ezi was really sick. I don't remember if I ever saw the interview. In any case I was so focused on getting there on time and not screwing up Panic Ensemble's chances I didn't even look at the neighborhood. It is becoming an amazing area - how could I have missed it? And the diamond in the crown is the water tower that has been restored - the old water tower built by Ezi's grandpa, Arpad Gut.