When I disappear, it's big, huh. As we were getting ready to do my hip surgery, I discovered malware. The site shut down. I called a friend, and now that I'm home, have discovered the site is now clean. Old fashioned as always, but clean. So that I don't forget I want to tell the story and thank people on the way, because I don't think its all that common. By the time I got to the hospital the tests were done, I had all the papers, was scrubbed with septic soap, and wearing clean clothes which came off within the hour. We checked in at the office and came up to the ward. Gregory wheeled me down to the operating room, and there, totally awake, I watch the doctor, Menachem, examine my hip and where he was going to cut. There were two anesthesiologists who introduced themselves, and I think Dr. Gold was also there with another two doctors. The anesthesiologists - whose names already escape me although Boris and Dmitri sound right, asked if i'd prefer a local, but I was terrified of the noises the tools make and asked to be put out. the last thing i remember was my noting that this is my kicking foot and it is important to me.

I woke up shivering and feeling that the torture was endless, until Ahmed covered me with a warm sheet and put a heat blower under it. "Yeah. yeah, yeah." he told me when I said he was my savior.

"are you fasting?" i asked, "no." then i think i fell asleep until I got to the ward and was easily transferred into a room of my own, and a nurse named Omar. Omar took care of me for the next two days. The first night Dina came to sleep by my side and Omar got her a mattress. There were other nurses, probably Russian, and TG who is Ethiopian, came to help for a few hours, but the physiotherapists - one Salaman and the other Dror, were simple and great. By Wednesday I was ready to go home. I think it was my will rather than the doctors' decisions. I had forgotten how hard it was and how much work needs to be done.

But while I was wrapped up in my own kvetcherei I heard the ambulances coming from two blocks away. It was clear to me that there was a terrorist attack but i had no phone or television. "What was that?" I asked Omar, "Somebody's troubles are beginning or ending," He said flatly. 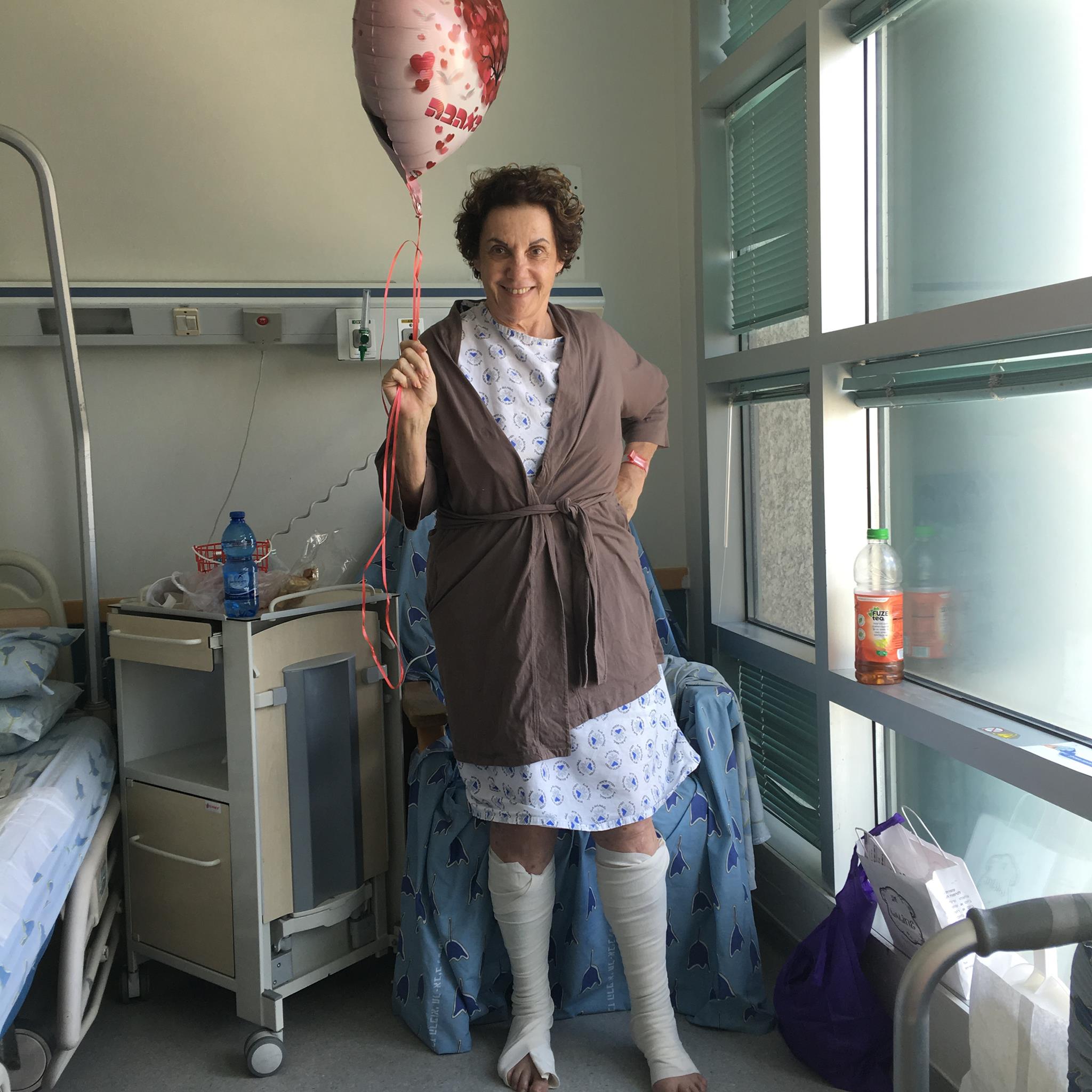 The night before the operation I convinced Ezi to go over to Ajami to take pictures of the water tower Arpad Gut built and the remains of the quarantine hospital. We were walking on the beach and the memory of that will keep me going for a while. 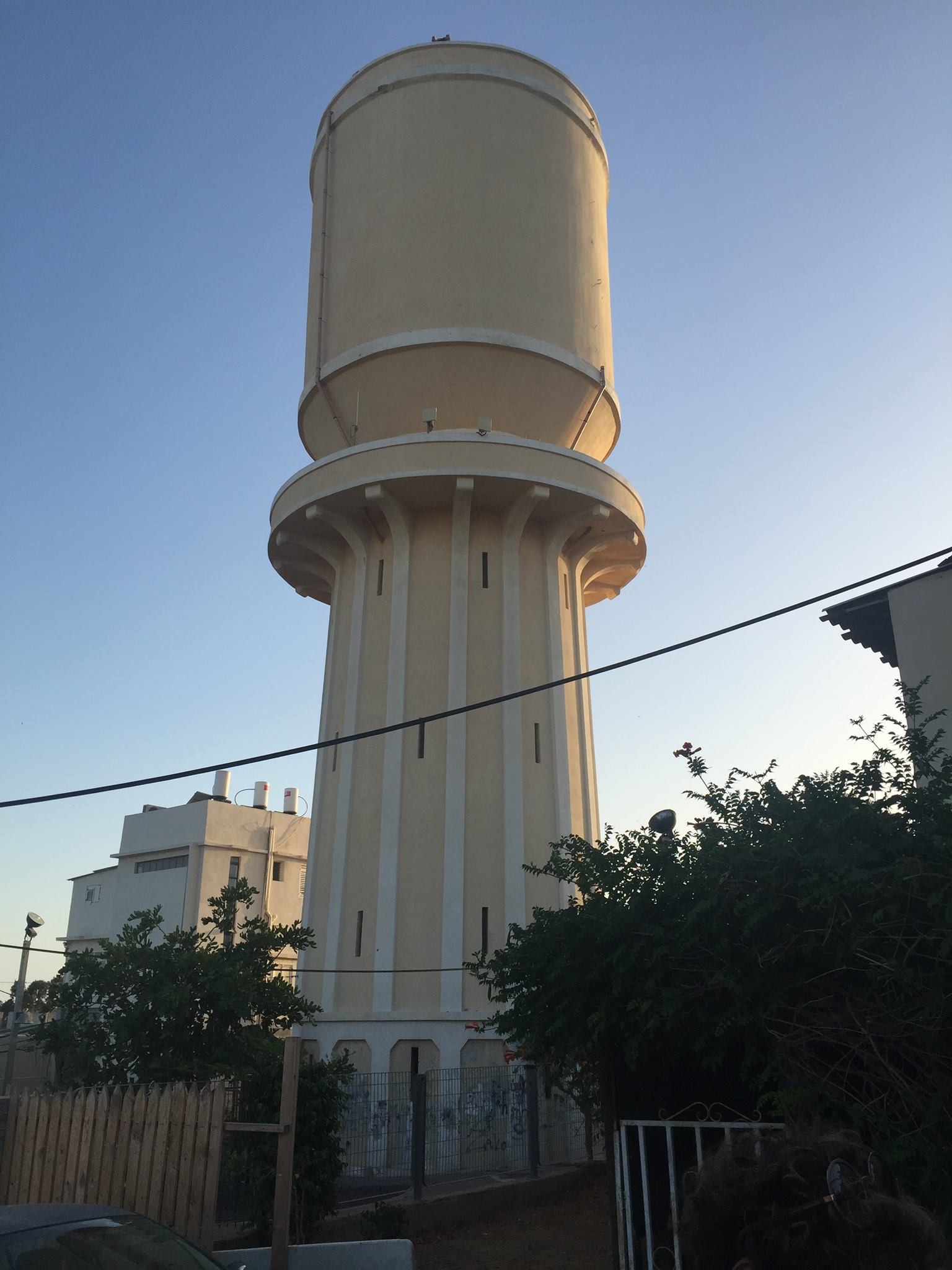 My health clinic doctor called just as I was trying to navigate the beach at sunset with my Apos shoes, wishing me good luck in the operation - and we promised to take tango lessons together after I heal. Not bad for public health 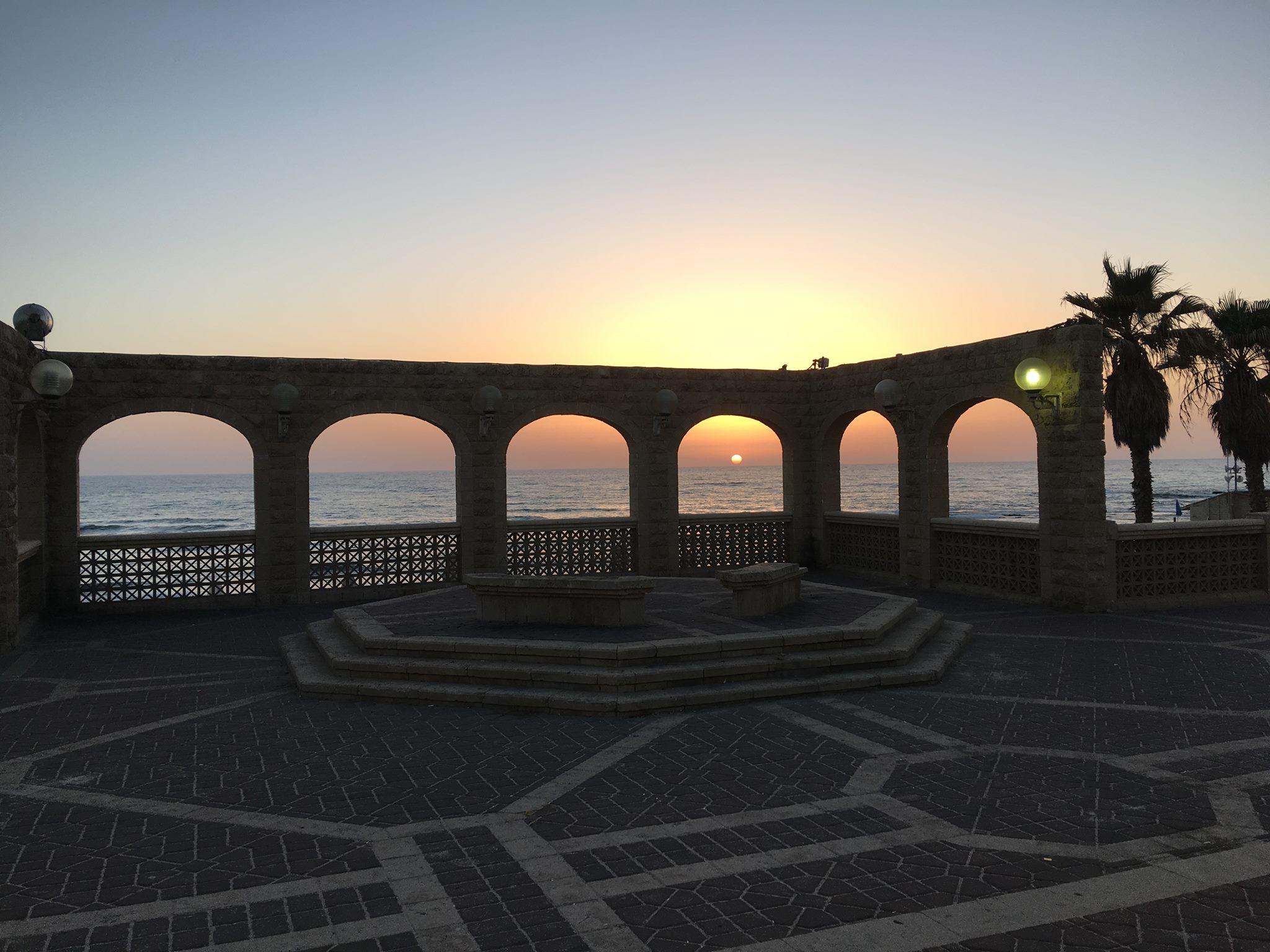 I don't know why people are so surprised and/or outraged when a terrorist incident occurs here rather than Jerusalem. there is no hunger for revenge, only containment, questioning... c

spent the day on resting. not enough.

Yesterday was holiday but I was cocooned in my apartment with my aches and pains and telephone. I was thinking about how all I would be able to write about is the shooting in Tel Aviv, the massacre in Florida, my own aches and pains, and where the hell did i put my moral compass?

Yaniv's cousin shot the terrorist in Tel Aviv last week, shot to injure, he explained, so that he could be questioned. Wise, I thought, because there is so much we don't know about these actions and how they can be prevented. now there's a moral compass for you.

another day in the house. the health clinic sent over a physiotherapist and once again i seem to have managed to surprise someone with my progress. it is one of my few pleasures right now.

after all, who can watch the news without suffering? i put my picture on facebook wearing a palestinian necklace and leaning on a gay pride pillow. 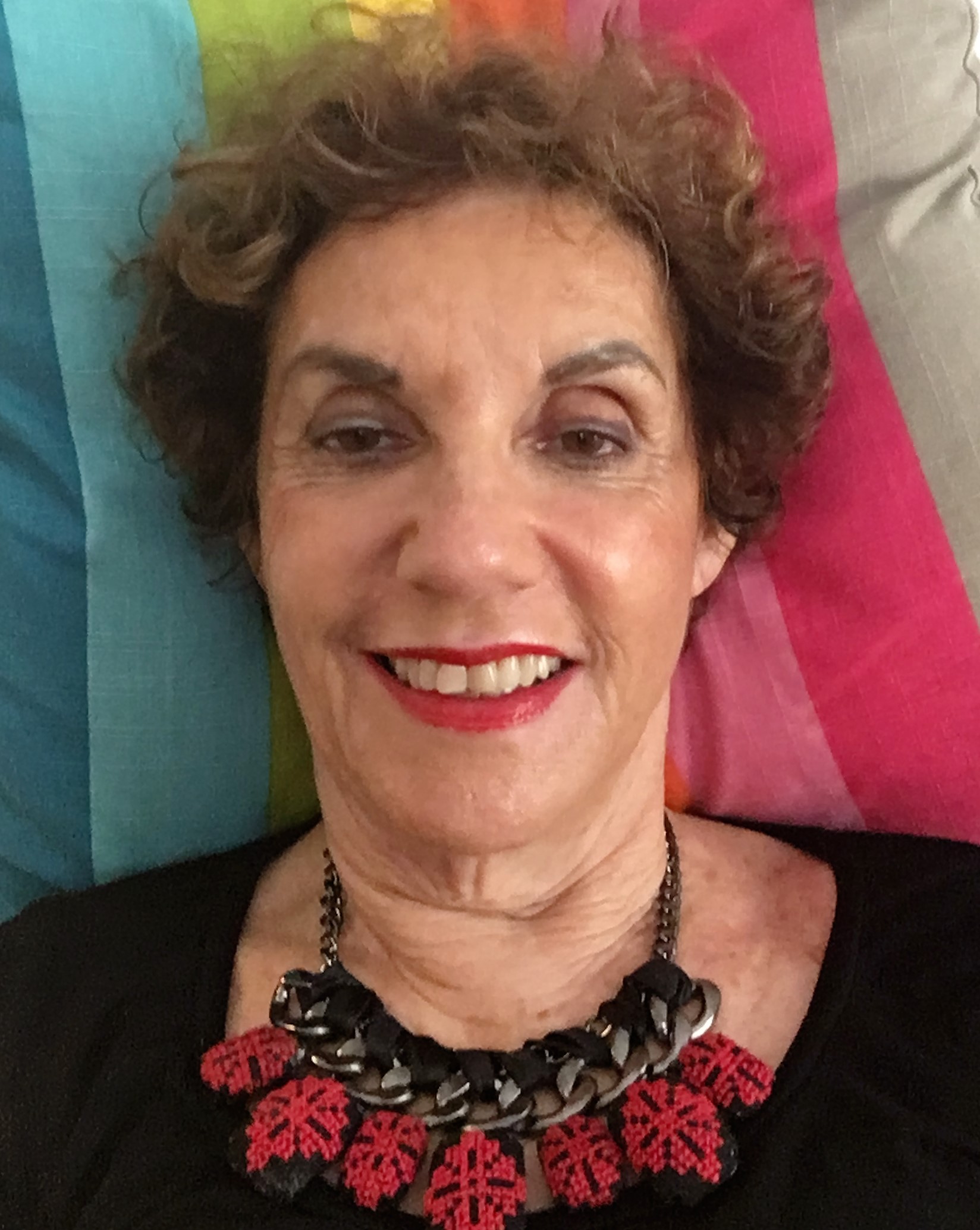 this was just my old lady way of answering all those people who wrote on facebook after the last terrorist incident, "Those leftists in Tel Aviv Deserve it." I'm a leftist gay pride intellectual from Tel Aviv and I'm tired of being cursed from the side of the right. Enough that the Arab chant last week was "bib bib bib ama-li-ya fil tel abib (bip bip bip attack in tel aviv.

A biography of Yehuda Amichai has been in touch with several times about my connection with the poet, and i discovered that there were many times we appeared together that the biographer knew nothing about. Like this one: 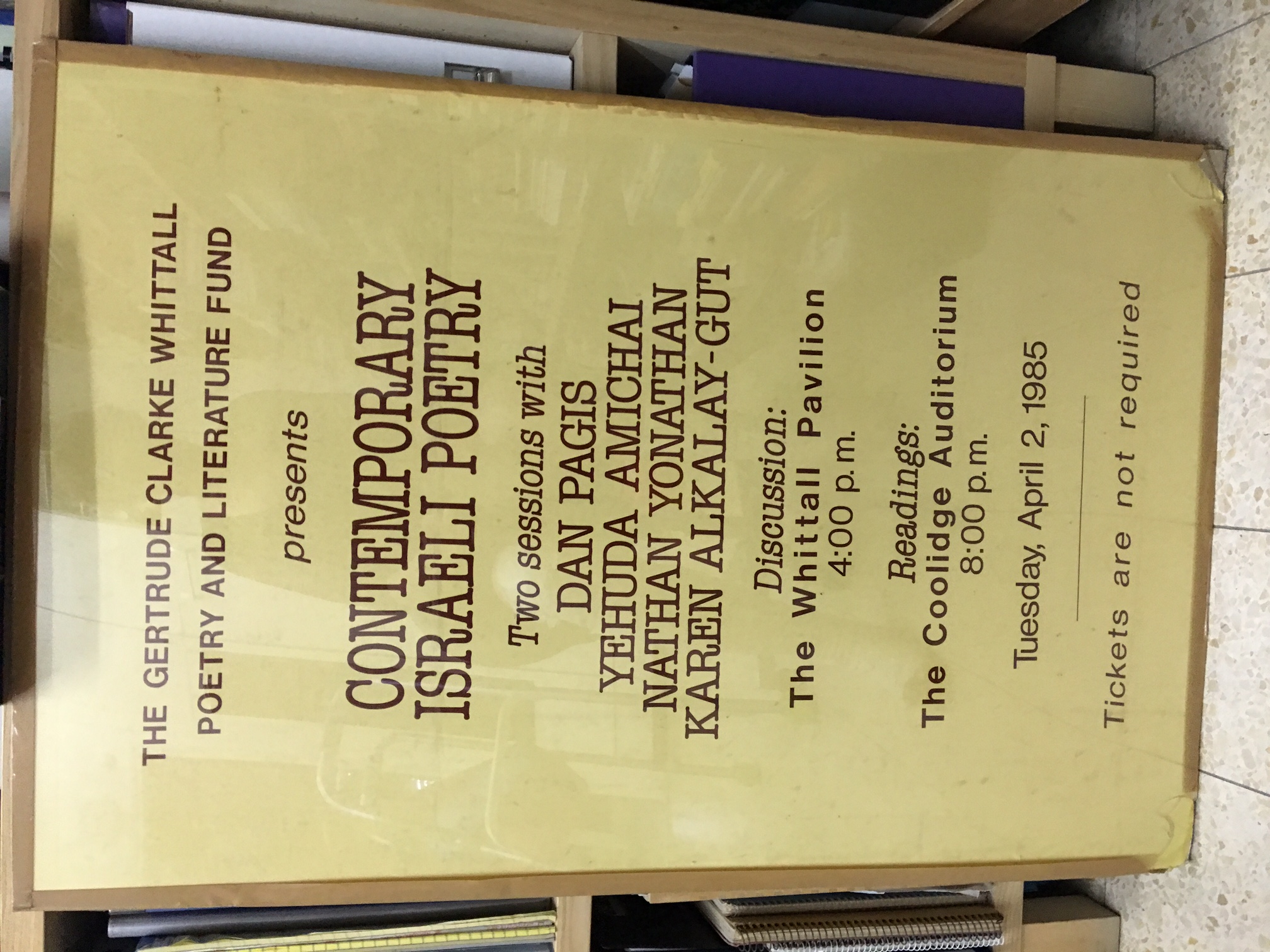