another day another trauma. most of the news people i love most have been fired and the absence of my favorite morning people make it impossible for me not to change my morning coffee and exercise. for years i have enjoyed Eli Rachlin's news framed in humanism, Raviv Drucker's biting facts, Danny Roop's gentle weather forecasts, Smadar Peled's wise information about our Arab neighbors and now they are gone. The sun has set.

and a trip through Tel Aviv to Jaffa was both hopeful and devastating. We heard that the warehouses that Ezi's grandfather built in the thirties were being torn down, and we went right away to see. Too late. They're gone. A hotel is going up instead. on the beach. But there was this great tiger across the street that made us smile. 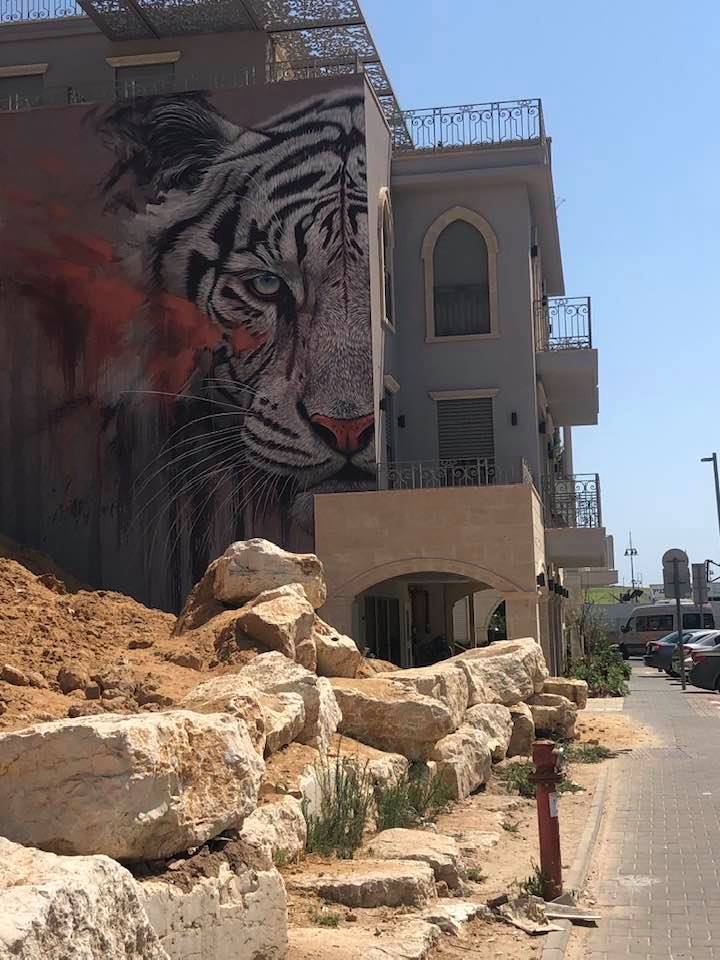 But on the way home we passed Barbi, where i spent many breathless hours, it's been closed for 4 months and i don't know if it can possibly recover. 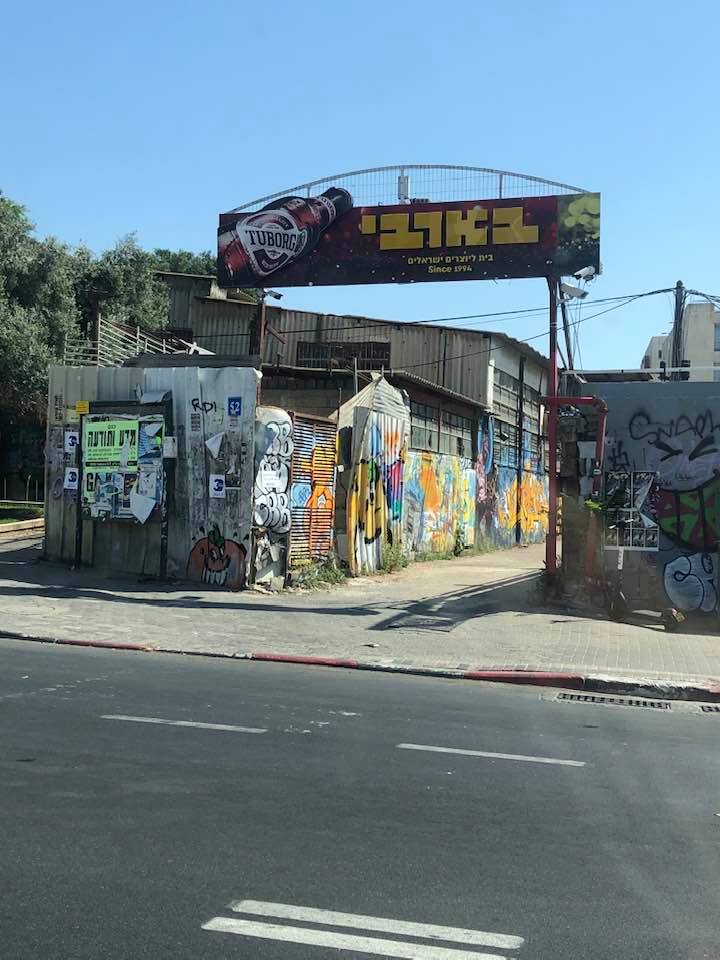 Like so many of our cultural institutions. The culture of Israel that was built with great effort for 75 years.

beyond the hang glider, 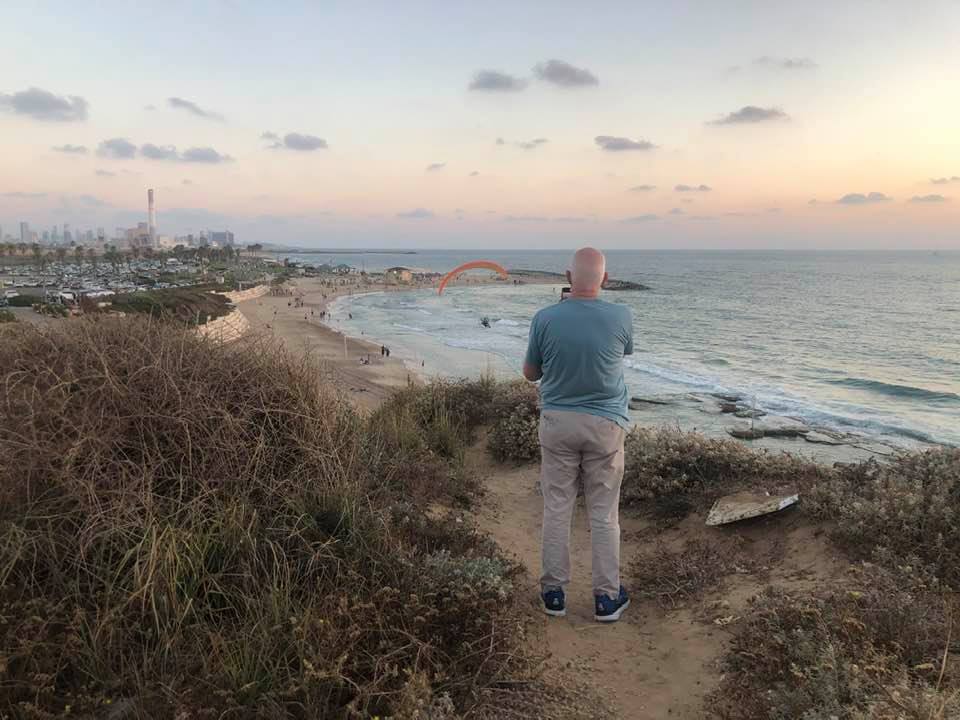 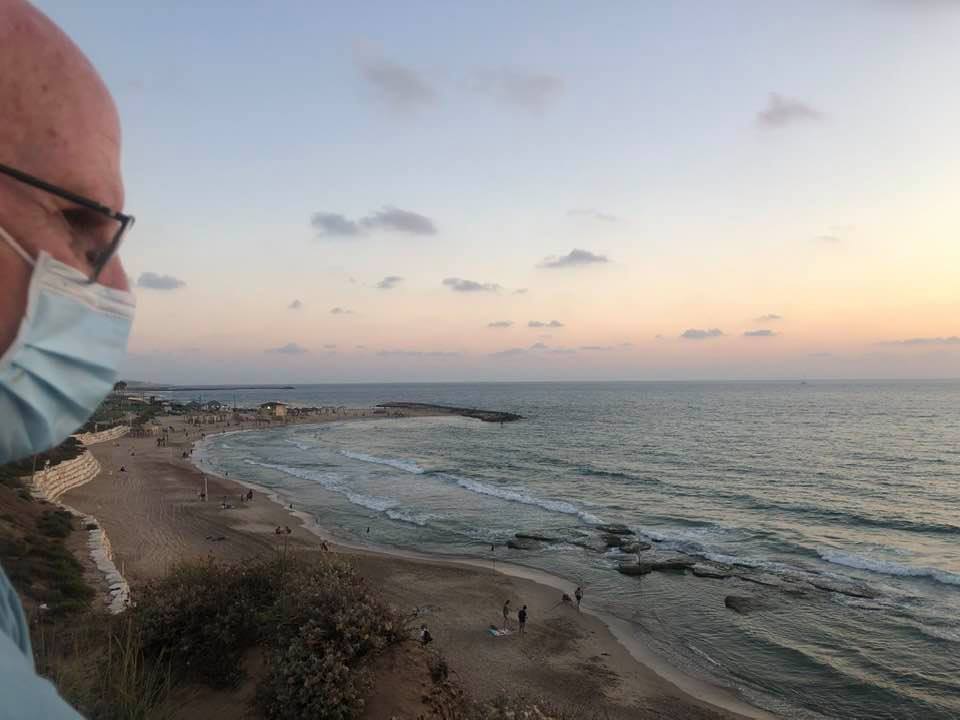 beyond the beach, beyond corona.

We have been doing our best to stay away from people who do not take care to avoid infection, and, i frequently note, more than half of the population do not wear masks. The tracking system is undercut by people who do not take their phones with them so that even if they come into contact with infected people, they will not be discovered and the infection will spread. for us it means we cannot go places where there are people - and this is a crowded country. so we travel to empty places. One was the beach yesterday. We thought that by sunset the traffic would be lighter, and people would be masked. but when we go there the crowds overwhelmed us, so we turned to the untrodden ways, the hill at the end of the promenade, and we climbed it. It was not easy, but doable. the only problem was that half way up i noticed snake holes. and i remembered that this is the season of poisonous snakes. Ezi skipped over them easily and got to the top of the hill way before me - because i froze.

Eventually, i got there, overlooking everything, and the idea of humanity - even though i am not allowed to participate - made me overcome all my doubts about the plague, the economy, the overwhelmingly fact-proof government.. being able to see from above, even though i am not allowed to participate, comforted me for the rest of the evening. Even though i can't believe that Bibi has once again bested his opponents - at our expense. the economic plan presented to the public will slow down the terrible bleeding, but it is too little too late. We seem to have discovered a vaccine against reality and truth.

But you can see the city and the hill as well as my confusion here: 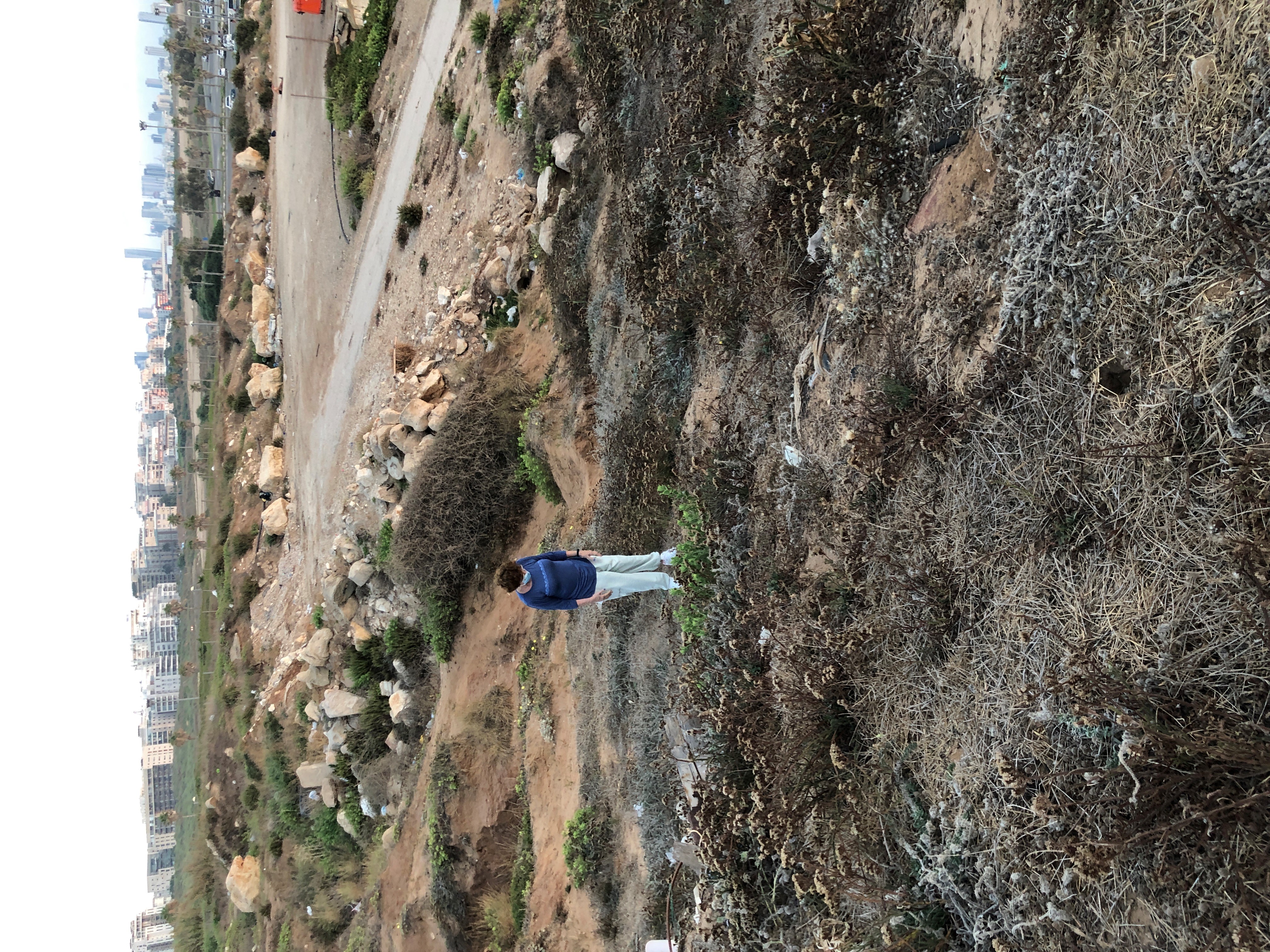 A visit from grandchildren should be a relaxing, joyous occasion, but as much as i tried, as much as i limited the number of people, i couldn't keep social distance, couldn't keep people (including myself) from bumping into one another. so even though we were only 6, Sartre's quote holds "hell is other people." of course i'm kidding. but i should really make sure that every one of them is being tracked and if there is a chance of any of them having encountered anyone suspected of corona we should say no. we even told our trainer to shift to zoom because she leaves her phone at home so as not to get tracked. I don't care at this point what the government knows about me. Big brother is, for the moment, my best friend.

When this is over, i hope we invent a mitzvah tracker - that will be interested in tracking all our good deeds. never mind the sins - we're going to be in great need of positive reinforcement when we have to relearn how to live with others.

who am i really pissed off with? the corona deniers. so many people - who think they are authoritative - are not only behaving like corona is equivalent to the flu and some people have to be sacrificed - but are doing everything they can to subvert the attempts to tone down the spread. some of them are in the medical profession. some of them are people i know who wouldn't mind my catching it.

i'd have gone to the demonstration tonight. the tens of thousands who were there wouldn't have given me hope - and corona.

what a wonderful breakfast at the Hilton Bay. If I were a young man I would have gone crazy with all the gorgeous girls in bikinis around me taking pictures of themselves. No one else around but some gorgeous guys and DOM. a good way to social distance is to surround yourself with total narcissists.