I wanted to put up pictures about last night's reading at the bookstore on the port, but Ezi's pictures turned out fuzzy - so i'll wait for someone else. Anyway it was a great reading and great fun to meet new people and hear new stuff. The Tel Aviv port is growing and growing and there are new restaurants and events all over the place there.

I've been saying that I remember that Ezi's grandfather had something to do with the building of the port, but he has always said that Arpad Gut's patent for the port was used in Hadera and Haifa but not Tel Aviv. Anyway as he sat in the bookstore at the reading, looking at the ceiling, he realized the mark of Arpad Gut's building. Is it possible to get a complete list? Every once in a while I discover a new building in Budapest on line, or in some dusty book, but I can't get it all together...We need those little historical plaques they have in London.

Can you imagine the terrible suffering in Syria and Egypt increased by fasting from four in the morning until sundown?

and here is my brother Joe Rosenstein talking about my poetry

Remiss? perhaps. But I have been busy arguing politics... since we all live in our little groups, and I've been group-hopping in the past few days, it gets really confusing. Of course no one is really satisfied with the politics here. And many of us are fed up. But very few of us know the whole picture - one group read only Ha'aretz and mix only with leftist people, while another group watches tv and their specific views are determined by the channel they watch. Channel 10, for example, is relatively left but pretty fed up with the government, reveling in uncovering dirty little secrets. Channel 1 is quite right wing and a wee bit paranoid. 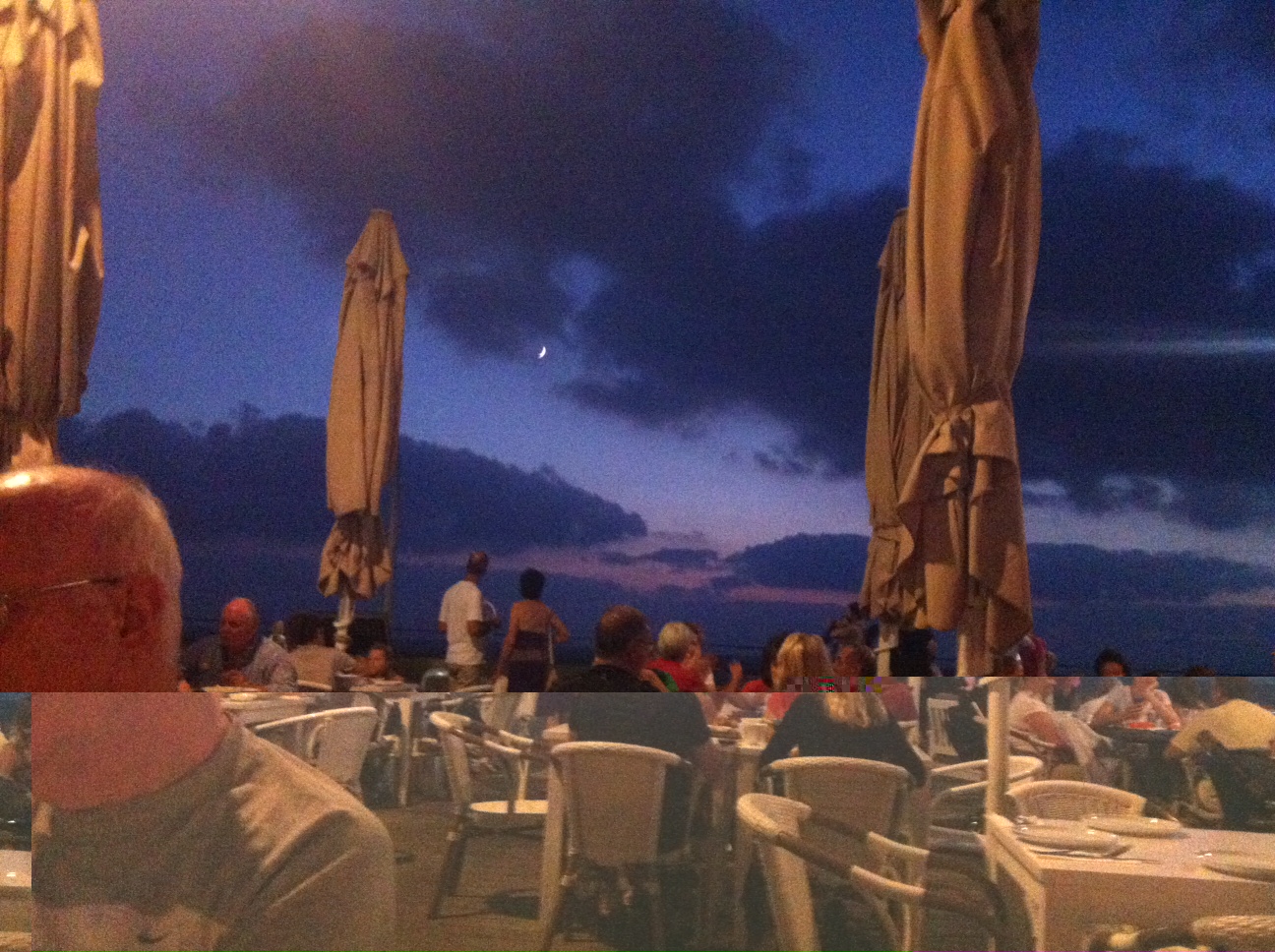 I couldn't enjoy this amazing scene, I couldn't enjoy the great food of Julia Restaurant, I was pissed off about some legal meeting over which I have no control and shouldn't have cared about anyway. But once I got into that mood I kept going with it. That was yesterday and this morning I went to the shopping center - it is the worst time to shop but lately I've been finding it impossible to do otherwise - and i went around looking for parking for more than a quarter of an hour before i spotted a car leaving a difficult spot. just as I was about to pull in some Cherokee came by and blocked me. There were cars behind me, and I was totally unable to move in any direction. "You had to push your way in, didn't you" I shouted at the guy who turned out to be twice my height when we got out of the cars. for the first time ever i understood the power of rage. He backed up and I took great pleasure in relieving my frustration in something trivial, even though someone else took my spot in the meantime.