Three years since the Lebanon War. Then we felt that the lack of leadership couldn't get worse. But it has. Maybe that's why I wrote this poem about the Golem yesterday:

Because I do not move
The dust here
In the attic of prayer
Falls evenly on my face,
On the wooden chair,
My arms, the floor, all
My clay flesh.

And I have not moved
Since the parchment
Was taken
From beneath my tongue.

I never saw
What was written there
But I know it gave me
Life, the power to obey
The Mahalal, to save
The Jews of Prague,


I knew not how pray –
And wasn’t told to think,
Just act in accordance
With righteous commands.


My earth, the water of life,
The fire of war,
And the spirit of a word
From the four corners of being
Gave me strength
To undo libels of blood
Of Thaddeus and those
Who made men into monsters.


Now a golem,
Returned to pure form
I await
Only the Divine,
The breath
To return
Order
To the world 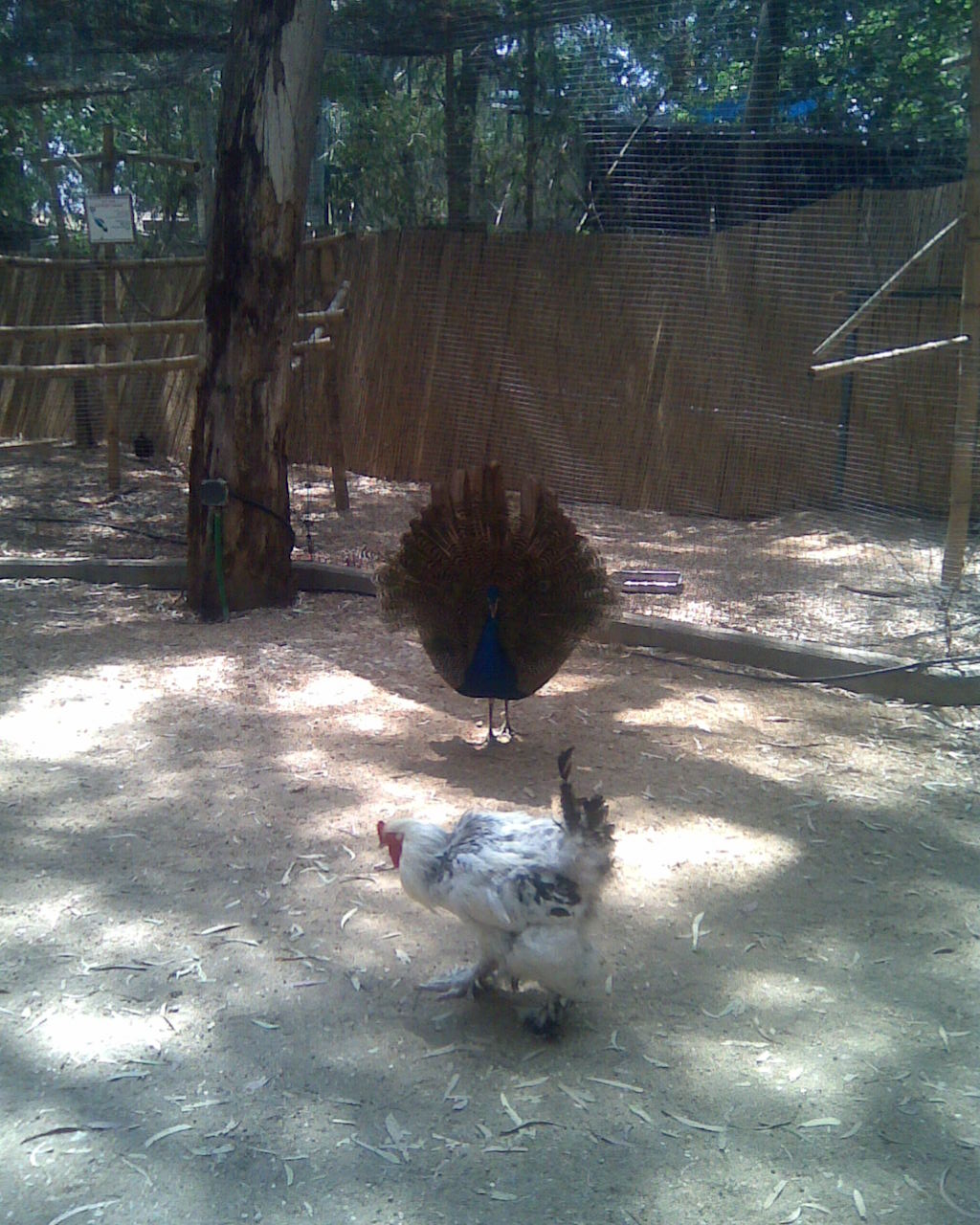 You may notice that I can't seem to let go of that peacock and the rooster. It's becoming a symbol to me of all our narcissism. When I read the other day that Russians were not terribly impressed with Obama's charisma, I thought of that photograph. When I heard today on the radio that Shula Zaken (Olmert's secretary) and her brother were accused basically of rampantly using the Income Tax Offices for their own gain, I thought of the photograph. The scam of the "life keeper," the patch to warn of heart attacks in advance. The kind of blind narcissism of the clipped wing contemporary individual is the norm, and oh my goodness I can't seem to stop talking socialism.

So for a diversion we watched the 1937 film, "The Dybbuk." It is slow-moving and only partially subtitled from the Yiddish, but it is just as fascinating as I remembered it from the age of 16 or so when i first saw it in the "Yiddish Culture Club" in Rochester New York.

It has been a while since we've gone to Pappa's for Friday Afternoon. The heat doesn't make me want to leave the home airconditioner. But today we longed for really good food and a good time so we took a drive out to the center of the city. And to our surprise there were a few tables free. The ceiling fans, the cool air, the windows looking out onto the white street, the fabulous peroni, fish, pizza, coffee, profiteroles. Couldn't drag myself away, even though i really should take a nap before the big party tonight.

So there was no traditional nap. Some nasty guy kept ringing our bell until we gave up trying to sleep. Why would someone try to get us to do something (especially something that relates to his money) by waking up us on a Friday afternoon? No call - no invititation - just a leaning on the bell. Grrrr.

But we went to the party anyway, and I tranced for a while in the steam room that is Tel Aviv nowadays. Despite the complaints from my contemporaries about the volume and the monotony, I find the idea of trance so much in tune with the philistine nature of this city, that it is impossible to stop. Afterward I was, of course, dripping wet, but very much at home.

We didn’t go dancing last night - we had some stuffed vegetables and Kubbe at Suzanna’s, but i was still sweating all over. It is humid. And we’re making all kinds of mistakes in our daily life because of it. Ezi erased all the corrected papers i was about to return by mistake and maybe a bunch of poems, but we’ve got them back after a morning of little heart attacks.

And now I’m off to a meeting - we changed the location at the last minute and decided to meet in an airconditioned mall instead of the open port. There is just no way to function in this heat - the only right thing to do is sit under a tree near the beach with a beer and catch an occasional fly.

With the taste of the incredible kubbe from Suzanna’s still on my lips. To Karen Alkalay-Gut Diary