In Copenhagen at last - when the internet is free. Last night on the ship we had dinner with some strangers (i love strangers) who told of their experiences of different guides on the different trips - especially in St. Petersburg, but also in Germany. Some people seem to fear for their jobs and tell wonderful stories about their government, and some people believe them, but we never really know what the truth is. Friends of mine who have been to Iran say it is a wonderful country and very free. Others who have fled, shake in terror whenever they speak of it. Who can be believed? and can truth be cobbled together from patchwork stories? We are travellers restricted in time and space and connections by our chance acquaintances but even if there was a way to be more professional about collecting information, what could we really find out?

So what have you guys been up to since we lost touch with the world? i look at the news in Israel and I'm so glad i couldn't read it before. What can we change? We have to get back home to DO something!!

Now where were we all this time? Well you can throw the Jew out of Europe but ... I was trying to be a good tourist and follow Ezi through all the churches from Tallinn, St. Petersburg, Waremunde, Rostok, to Lubek. there were another few I forgot. They are all impressive and most are used today very little for prayer and primarily for impressing tourists. I don't like going through churches. My nature is not saintly and at best i identify with the other side. Yesterday while the serious guide explained that the devil was cast out of the church and had to sit outside on the steps I went out to keep him company. 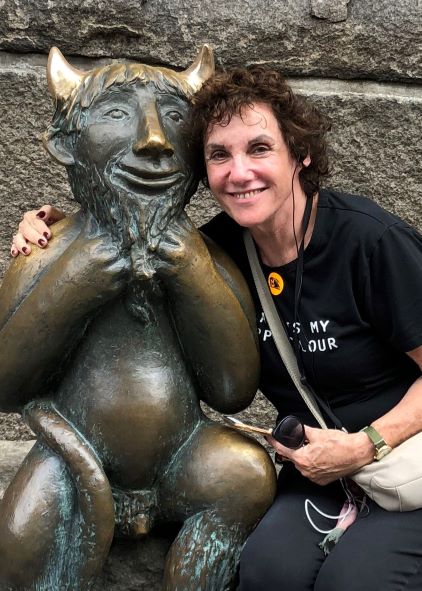 I am also constantly conscious of the persecution of the Jews, the antisemitism that carried through the history of places like Lubek. In Rostack I made a beeline for the Jewish organization, but found it locked. It was, after all, Sunday morning

Notice the "No Place For Nazis" sticker on the top. The only one I've ever seen.

The Jewish Museum in Copenhagen. I thought I'd be saving the best for last. I mean after all the Danes were the only ones in Europe who wouldn't turn their Jews over to the Nazis for the longest time. And they tried to make sure that the Jews they did agree to give up were taken care of. And it was designed by the impressive Daniel Libeskind who did the Berlin museum. So we went.

It didn't take me long to feel claustrophobic and frustrated. Not only can I not understand why the walls were all crooked when the story was so historical and finite. But the light was simply too weak and the print too small for me to read. There was a booklet of the text enlarged, but i couldn't follow the exhibit with the book in one hand and a flashlight in the other. (Seriously - we used the iphone to light us up). I would have said something to the guy at the ticket booth but he seemed inperveable. The lady at the gift shop always looked away when I looked at her, maybe because she saw that i was insulted that the crocheted cippot were next to identical flat rounds being sold as potholders.

That wasn't near all. There was a piece about the Danish Red Cross and their efforts to send packages to Thereisenstadt. As part of the multimedia explanation Ezi noticed that there was footage of a film about Thereisenstadt - yes - it was parts of the film Kurt Gerron was forced to make for the Nazis to fool the world about the conditions of the concentration camp. OMG. Maybe, I think, I missed something. Don't think so. He wasn't mentioned, of course, and the film is delightful - all the women are knitting or reading or watering flowers while the men play soccer. Gerron worked really hard to get those effects when his actors were starving and bug-infested.

But that wasn't the worst part. The entire museum reminded me of the plans the Nazis made to memorialize the Jewish people once they were gone. Everything is dead. Perhaps the effort made to de-politicize the history of the Danish Jews demanded the absence of the existence of Israel. But across the street from the Jewish museum is a big exhibit of photography about Gaza that widely advertised. Ken Klich seems to be a star in the national library windows across the street from the Jewish Museum. So Gaza is alive and Judaism is dead.

Normally I would have gone to the Gaza exhibit too - but I flipped through the catalogue and it is simply not good, except for the fact that it seems to humanize the people - who deserve to be humanized. But not when my people are buried.

We are back. It took all day and I am too old for all this low cost nonsense. I need a man servant or a 'companion' who will make all the arrangements. Fortunately once we got here we had Oren who did everything but tuck us in.

cant seem to stop the do nothing mood.i want to write about how jews have disappeared from view in europe but show themselves everywhere here, but can't get myself past laundry.

If I can finish most of the laundry today we can go to the demonstration tonight. A friend today said that demonstrations are passe and she doesn't want to get involved, but most of my other friends say they want to get involved but can't make it to the deminstration. I've been nursing my back all day and think i'm going to take my cane and make the effort to show up. if only for the respect I have for the Druze. 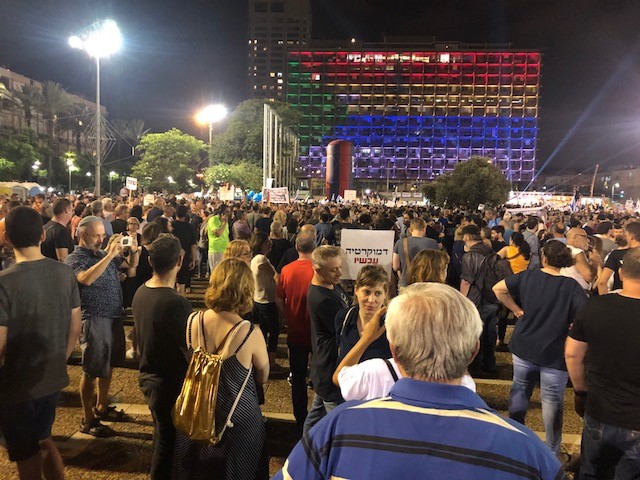 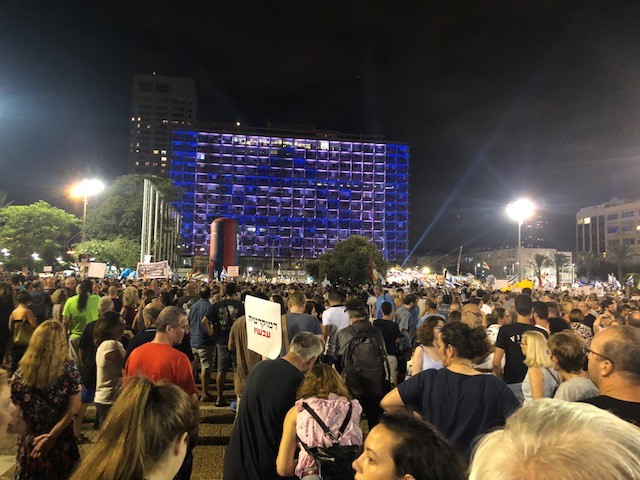