The hottest day of the year, Jerusalem 2 degrees centigrade higher than Tel Aviv, and I am wandering around the government offices of the holy city in my polyester dress and my nylons because I assumed (rightly) that all the male clerks in government offices are religious and (wrongly) that it would make a difference to someone if I looked "modest." I even had a long sleeved jacket for extremely proper situations. Well I was right and I was wrong. The government may have wound itself into immobility with red tape, but everybody was nice, polite, and helpful, and I could have worn my yoga pants and shanti shirt for all they cared. The goal of every person I met, from the lowest clerk to the highest minister, was to help us - but their actions had to be approved by limitless committees first.

I was just beginning to feel sorry for the bumbling way the checks and balances seemed to make any forward movement impossible (my quest was for funding for literary projects) until I came back to Tel Aviv and passed the tent city of protest - from Habimah to way past Nachmani and growing every day. Why are these people protesting? They can't afford housing. Why is there no housing? Because we've been building in the territories and not in Tel Aviv. As usual, the answer it: it's the occupation, stupid.

I wonder how the thousands of tent squatters are doing in the heat, because from what I've seen of government, it's going to take a long time.

Some scenes from Rothschild Avenue. I'll put up more later.

After the speech of the PM today, the protest seems to have swelled. 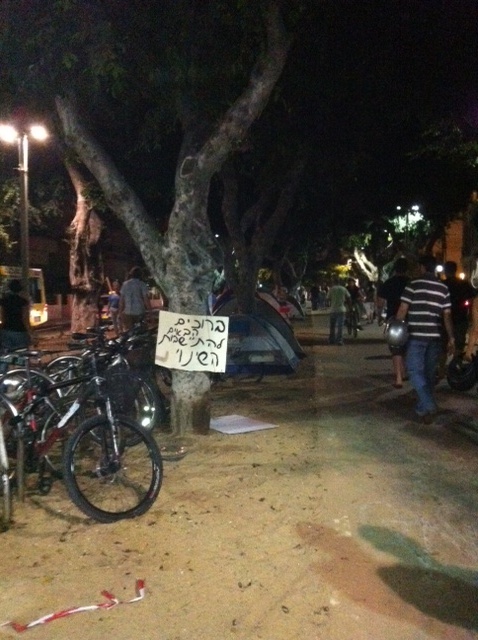 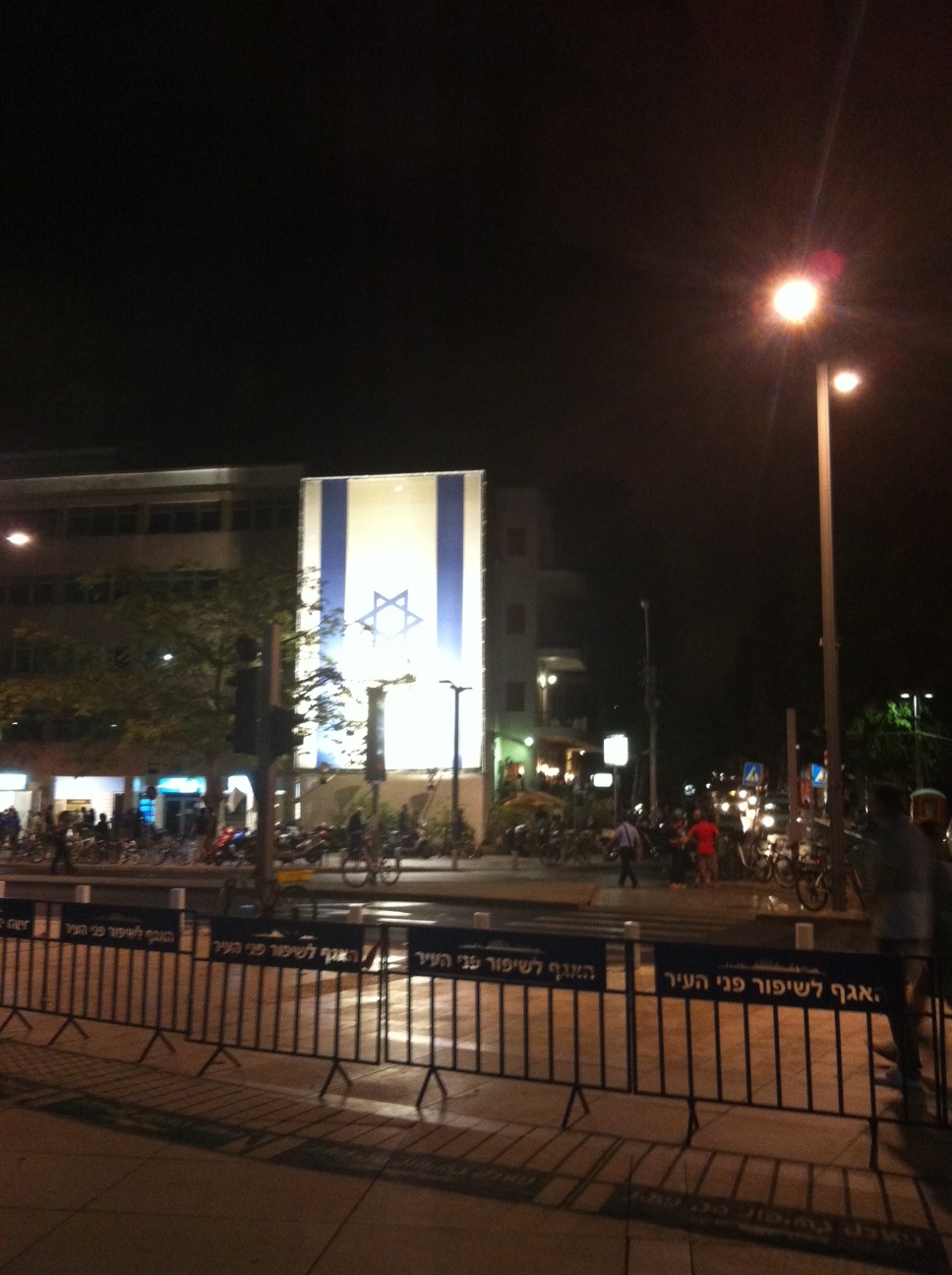 There are all kinds of people and protests in the avenue which runs for blocks and blocks. First is the protest against the high prices of aparentments, but there are many other participants - Chabad, Krishna, even Yoga 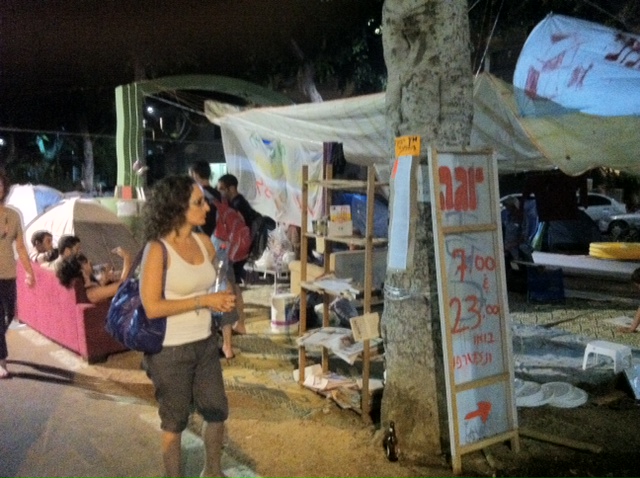 And some people are even building their own flat 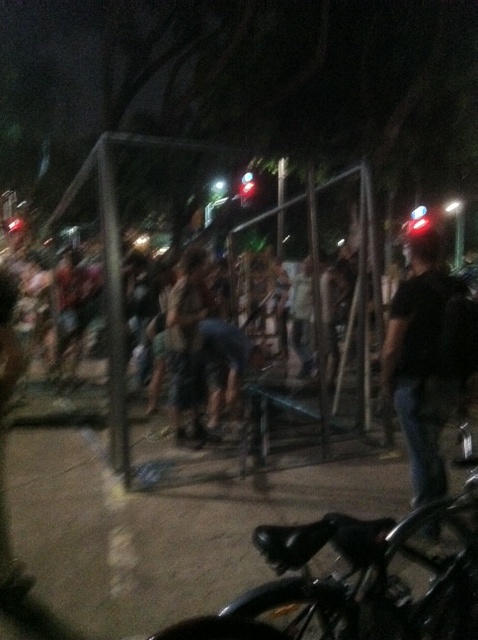 Or dreaming the impossible dream 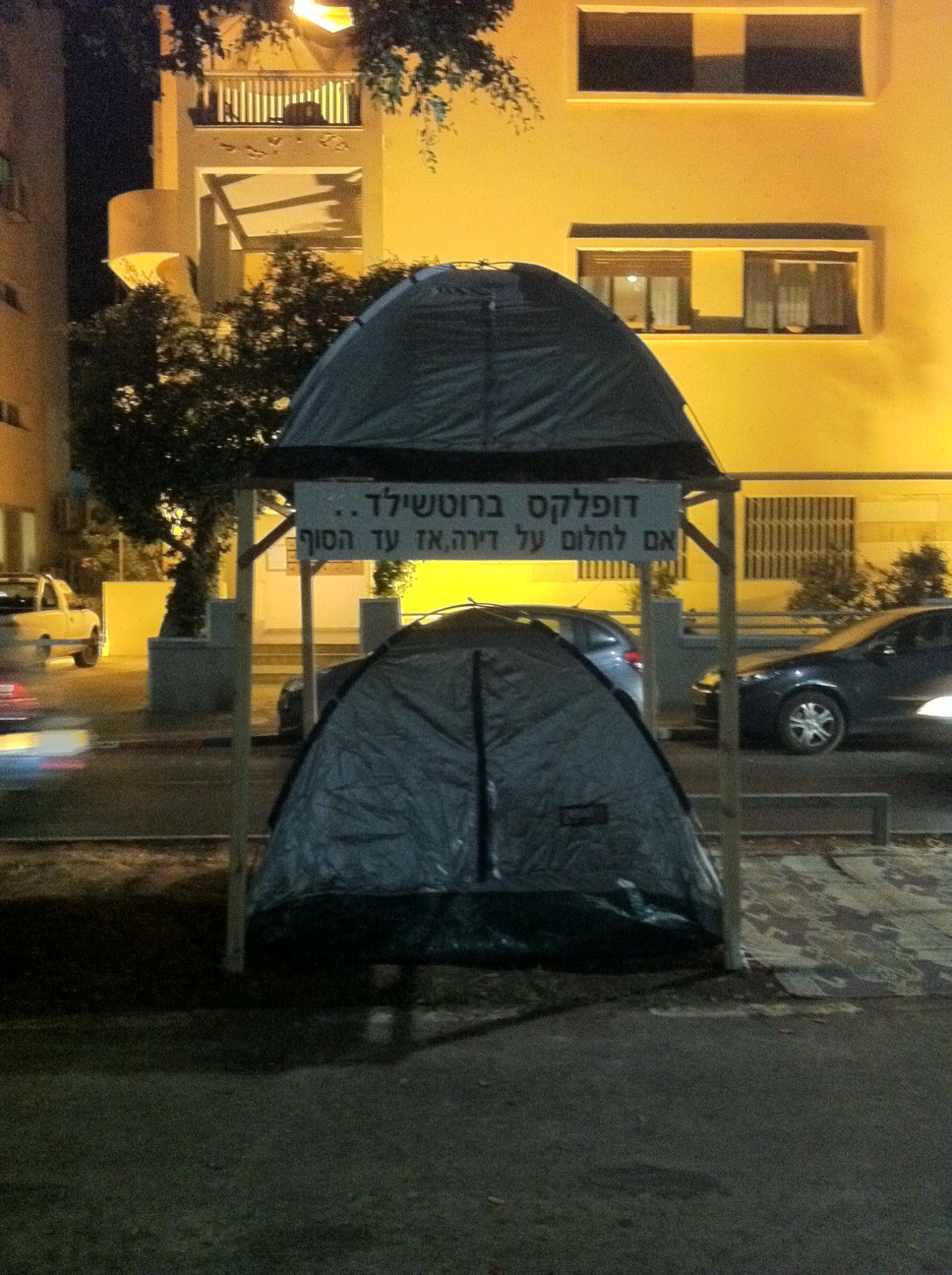 If I could stand the heat I'd be there on the boulevard. But it's too hot for me to even download the photos. The protest is spreading - wildfire is the word all the news people are using. It seems to go beyond national borders to grab hands of the middle classes of Egypt, maybe even Syria. Maybe it's naive, reckless, maybe even dangerous, but the signs that say = "Rothschild, corner of Takhrir square" strike a chord. It all has a chance, but one incident of terrorism can destroy everything.