Despite Ezi's objections, I went to the hairdresser, Noam, today. The last time i was there it looked very safe so i didn't see any harm in making myself a little less offensive to myself when i notice my little square on zoom. But there was a guy this time who came in and i noticed, after he had shook the hairdresser's hand, that he wasn't wearing a mask. i was sure that he would don one soon, and was busy gossiping with my friend, so i didn't notice until he turned to leave after his haircut, that he was still bare-faced. "Don't you have inspectors?" I asked Noam, and he replied -"three times a day." "So how did you let him get away with it?" "He said he'd pay the fine." "And he was in a hurry," he added. "He's got to get to Jerusalem - he is in charge of the demonstration." what a mess that made in my head. Not only was I terrified of the danger of contagion, of these guys on the streets screaming against Bibi who stand too close to each other, but i was terrified of the confusion of values. Who are the good guys? who are the bad guys? This guy was so full of himself he couldn't even refrain from shaking hands with the man who turned to cut the hair of another old biddy, couldn't disguise himself to save my life.

our new corona director, however, looks totally in control to me - and determined to give us hope for the future. this is totally a good sign.

here's an invitation you'll love. Well, I'll put it at the bottom because it seems inordinately large, but the link works. sign up even just to listen. I'm mc'ing and i'm looking forward to talking about love for a change. this plague thing is a bore. i prefer fooling around with silly poems, or serious poems about romance. Remember romance? flirtation? subtle glances? heart pumping?

An old friend called me for the 8th time today. Each call began with, "I was just wondering how you are. I miss you. It's been a while. How are you? How's your hubby?" Of course she has Alzheimer's. I've suspected it for a few years, but I swear that the isolation has accelerated it this deterioration exponentially. She is a woman I love dearly and every time she calls I go along with the conversation. I would go along with the conversation for years if she would continue to call. But she won't - soon she'll stop calling - and I'll be desolate.

The crowds protesting political corruption are growing daily. Bibi is angry at the news coverage, but I don't think the protests will go away, even though the new director of the Corona pandemic will calm us down a bit by giving direct facts.

40 years ago this morning, Ezi and I were first married - in Nicosia. The other couple who came to the municipal office was from Lebanon. he was Moslem and she was Christian and they were a bit reluctant to speak to us, but Ezi had bought a hand calculator in duty-free on our way and he used the notes played by pressing the numbers to play the wedding march for them. When they finished, we exchanged our vows, petted the little poodle who served as our witness, and took off for Paphos.

Don't tell anyone - we went out for breakfast and we're going out for dinner. Breakfast was simple and careful - and we stayed away from everyone else. on the beach - surrounded by almost-naked girls sunbathing as if only their bodies mattered. It's almost impossible to believe that far more people of the same ilk were demonstrating around the country almost every evening this week. peacefully. violently. with great passion. endangering their bodies.

"so NOW you call me? " my friend up north says, "now that it's OVER?" I always wait to make sure she's not in the middle of struggling to get to the phone while her house is being invaded by terrorists. and then, when they say on the news that everyone is safe, i dial up to make sure she's taken her pills and stuff. and then she screams at me and we're both comforted.

So corona is not all that's on our minds.

I put this picture on facebook and turned around and there were forty likes. but something seems to be wrong with my coding. i'll work on it. 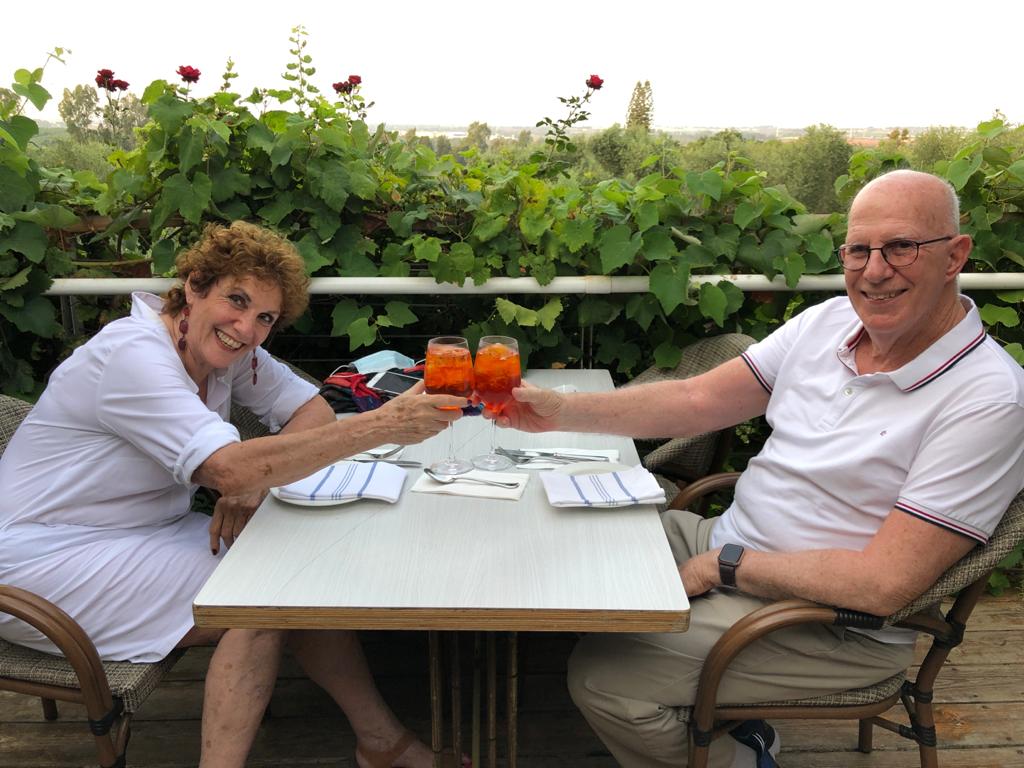 and don't forget that on August 4 the Hebrew Valentines Day, we're celebrating online with love poems. I'm not reading my own, just hosting. i hope you sign up and enjoy it.