Hard days around here. My whole existence revolves around getting to appointments on time, keeping the fridge filled up, playing music for Omer, and keep the fire under the computer going. As the agronomist/poet Rachel said, "My world is as narrow as the world of the ant." I barely got to read the paper this morning (and am amazed at how the day was so much brighter), didn't participate in any demonstrations - not even the one last night, and didn't even watch the news. online papers don't do it for me for some reason. they don't say enough and assume you can go somewhere else for the background information. At least the local online papers.

But while I am occupied with spoiling a grandson, news of the persecution of children seems to jump out of the air. And the world loses something with every child who is denied a future - every Syrian child murdered - for whatever reason, every refugee child deported, every terrified child hiding in a shelter or under the staircase. What was it that St. Exupery wrote:"Ceux qui la portent ne la sentent pas. C’est quelque chose comme l’espčce humaine et non l’individu qui est blessé ici, qui est lésé. Je ne crois gučre ŕ la pitié. Ce qui me tourmente, c’est le point de vue du jardinier. Ce qui me tourmente, ce n’est point cette misčre, dans laquelle, aprčs tout, on s’installe aussi bien que dans la paresse. Des générations d’Orientaux vivent dans la crasse et s’y plaisent. Ce qui me tourmente, les soupes populaires ne le guérissent point. Ce qui me tourmente, ce ne sont ni ces creux, ni ces bosses, ni cette laideur. C’est un peu, dans chacun de ces hommes, Mozart assassiné."Which, as i alter somewhat the google translation, goes like this: Those who carry it do not feel it. It is something like the human species and not the individual who is injured here, which is injured. I do not believe in pity. What torments me is the view of the gardener. What torments me, it is not this misery, in which, after all, it installs as well as in laziness. Generations of Orientals living in filth and like it there. What torments me, soup kitchens do not heal at all. What torments me, is neither the emptiness nor the bumps, nor the ugliness. It's a bit that in each of these people, Mozart has been assassinated.

And as much as I vow that Mozart won't be murdered in my family, there is no guarantee in the Middle East. 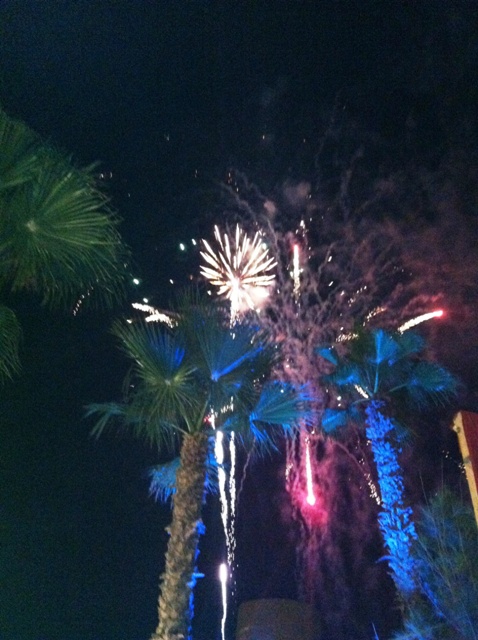 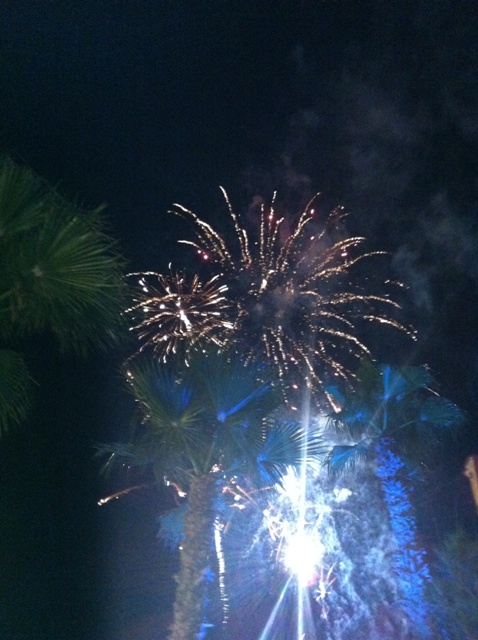 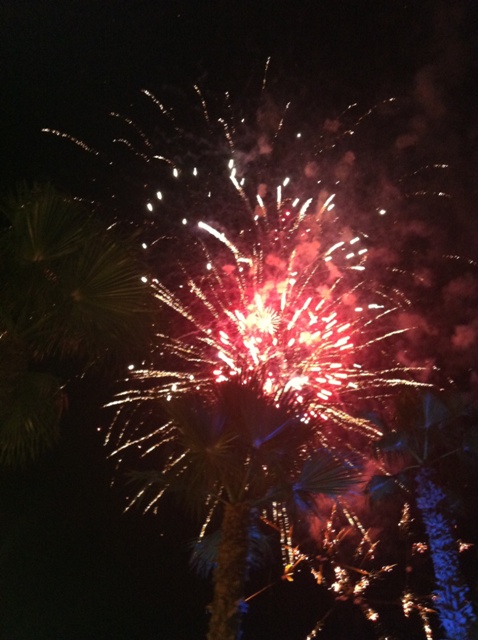 We celebrate among palm trees a day early.

It was strange, but after the warm political speeches by Peres about peace and the video transmission of Bibi, we got into a conversation about Yiddish. The phrase "nisht gestoigen und nisht gefloigen" came into our minds, which means literally, "didn't take off and didn't fly." But the story behind the expression is the important part. It is the Jewish reaction to the Resurrection, and packs as much irony as one can fit into a single remark. "The Hebrew translation," my friend marveled," doesn't hold a candle to it - Lo dubim velor ya'ar," "No bears and no forest."

Having only partly recovered from an overdose of political speeches, I find it necessary to clear my mind by talking with children. it is not that they tell the truth, but they known when they lie.