Want to vote again? CNN seems to have the negative votes for Israel's action in Lebanon. CNN. Scroll down and add your opinion. I'm glad it's just 'yes' or 'no' because although i cannot think but that Hisballah has no right to act in any independent military way, there is no doubt that there is a great deal of suffering involved. If I am asked my opinion I can't stop talking for hours. It's just too complicated. So when I see a poll like the one on MSN here, asking if Israel may not have gone too far, I have to stop a minute and consider. Human lives - whose lives are more important? do i have a right to even think about that?

No matter who I ask in Israel - everyone seems ready to stand behind the government to finish the job - to quieten the rocket fire and find diplomatic solutions. Me too. Yet the question must be asked again and again every minute. We must continually reevaluate our actions.

I don't mean the Hizballah shouldn't be put in its place, but that they're throwing all these people into the fire, forcing villagers back into towns slated for bombing, shooting from schools, secrificing Lebanese to save their face. And those people are constantly before my eyes. I think of what it must be like to be a grandmother who has just read a leaflet that fell from an Israeli helicopter, warning to evacuate, and then being forced at gunpoint to stay. It absolutely terrifies me.

Speaking of being terrified, I've been behaving as normal, and this afternoon was putting my shoes on while i watched the story of the woman in Nahariya calling her husband into the shelter and seeing him blown up before her eyes. I was about to take out the dog, some ambulance must have been tearing down the street, and somehow I translated it to a siren and started racing for the stairwell. The phone rang and i answered (I NEVER answer the phone) and it was the travel agent, behaving as if all is normal and I realized - whoops.

Kathy Villus wrote me her thoughts on the matter.
People here in the US forget but Hezbollah has been around a long time. They are responsible for the deaths of over 200 US Marines in the 80's but also for the terrible kidnapping I believe of the CIA Bureau Chief William Buckley back in the 80's. That poor man from what I understand was taken to Iran by Hezbollah and brutally tortured and eventually died.. So when people say Israel is making too big a deal regarding the two soldiers captured I say no, Israel must demand that those soldiers be returned safe and sound.
And Hezbollah must be seriously disarmed. Maybe its impossible to do it totally but they have to be disarmed enough so that Iran will think twice before using their proxies again. I shudder to think what will happen if Iran gets nuclear weapons. They could very easily give the technology to a group like Hezbollah or Al Qaida and a nuclear device could be set off in Tel Aviv, New York City, London who knows. That's why its important that Iran understand that the world understands their link to terrorist groups like Hezbollah and that in the future they won't be able to hide behind terrorist groups anymore and deny responsibility

All she wrote reminded me that in Rabin's time, there were plans to do something about Hizballah that got cancelled at the last minute. i think because of the peace plan.

Most of my friends are not addicted to the news - me, as long as I'm away from the TV I'm fine. I come home and think, well maybe i'll just check in. Then I hear that two children in Nazareth were just killed, maybe more. I shout "JESUS!" at the dog who knows I've been acting crazy lately - or more crazy than usual. She nods.

For a little nostalgia, I look at pictures of two weeks ago of 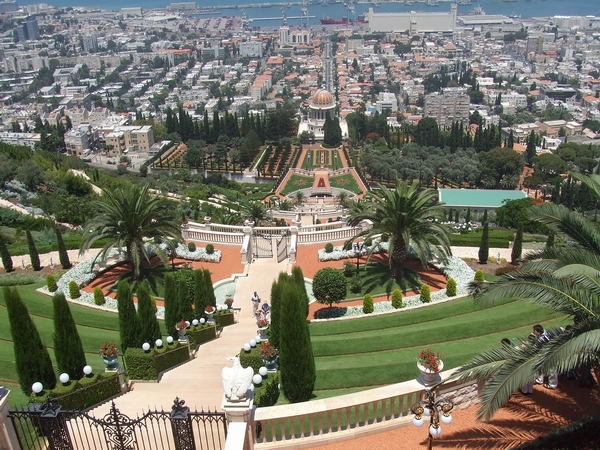 For a little relief, we went to Mishmish last night. The guard greeted us warmly. 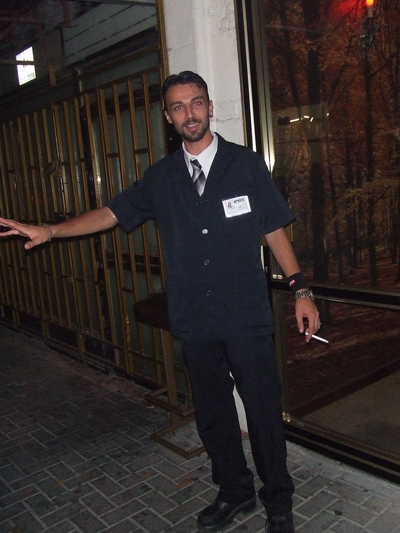 It was Spanish night - like another world. Where should we go if there's a rocket attack? I ask Oren. "Are you kidding?" He answers, "This place is BUILT like a bunker!" Then I remembered all the work they did to strengthen the ancient building when they remodeled. So I took it easy.

While we were threading smart bombs into bunkers under mosques in Beirut, I was getting threaded with a cortisone shot in my hip. The shot did me good. What good did the 23 tons of explosives do? We'll soon find out.

No we won't. Smart people who owe nothing to democratic principles play their cards close to their chest. We are blabberers.

Greetings from the bubble. While Tel Aviv waits for it's first zilzal (and we know he's just holding off to keep up the tension) we live a normal life.

But every thing seems to be short term. We put off (again) painting the bedroom (why should we bother when it may blow up tomorrow?)and go to buy eyeglasses. We agree on a price and then I wonder out loud what would be the difference if i pay by check and not credit card. 20%. This is an elegant store - i've never gotten more that 5% in the best of times.

And I needed the glasses right away because it has been three weeks since my office glasses have disappeared and I can't function without them. Of course once I got home, there they were - just where they were supposed to be and I searched a million times. This too is not part of my normal madness.

By now you have guessed that the cortisone did a world of good. Now I'll be able to race to the stairway when the rocket comes.

A friend of mine who is a little psychotic and has barely been functioning for most of her life is apartment-sitting in Tel Aviv, and calls me in a state of terror - there is a woman suicide bomber on the loose in the city and she doesn't know what to do. "Just stay home," I tell her quite calmly. "She'll try to bomb a public place with a lot of people." It calms her down somehow, but she shouldn't really be in this place where paranoid dreams come true.

Actually I have a lot of friends who shouldn't be here right now. My next door neighbor, the Auschwitz-Mendele graduate, is ranting to herself for all the world to hear, even as I write this. This was once a sanctuary for the WWII cripples, but lately with all the budget cuts for welfare and all that and now with the immediate and present danger it's terrible.

Ezi is, however, painting the bedroom, so we haven't lost all hope.

What - only fifty katyushas so far? - oh wait here they come.

So we'll finish up the operation and move out, and like every time we've pulled out of a territory and gave it to our neighbors they'll use it as base from which to attack us.

What about our Arab neighbors within the country? We have a big big job to equalize them as citizens. And I hope this may be the opportunity.

You know how some students always come up with 'the dog ate my paper - or i'm getting married the week of the exam - or ... well now i've got - my computer blew up, my house blew up, my brother blew up...