Ezi has opened the pipes of our under-floor heating and the stone floor is no longer ice.

Outside Tel Aviv is getting a real enema, right up the middle of the Ayalon. 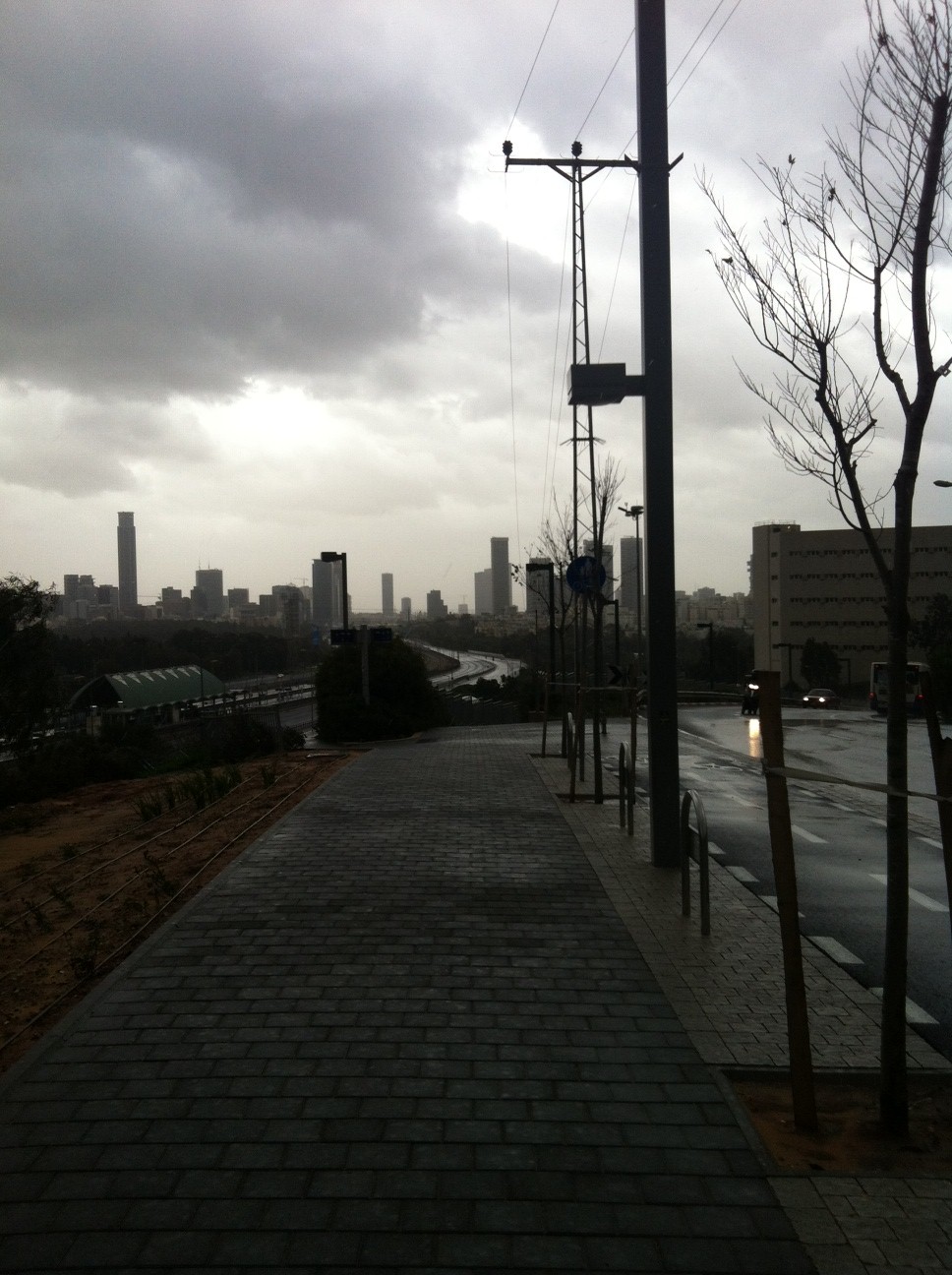 and the seashore is almost unrecognizable

Funny, there are no bikes in the bike lanes.

What a mess - the political commercials, I mean - not the weather. They talk about everything except what's important. No one has a real agenda, although the lack of agenda is only a tiny part of the problem. All the commercials are very professional, and personal. Even the Likkud focuses on Bibi and not the party ideology. So the days of ideology are over - or maybe they are just past. The basis for the parties are essentially the same, the arguments are over how to achieve these basic goals.

I think that even with the hacking cold I've got, we have to go somewhere where politics matters less - so tomorrow we're going to Acre.

At Akkotel, in the middle of the old city of the oldest continual city in the world, I am coughing like mad, but the view is magnificent 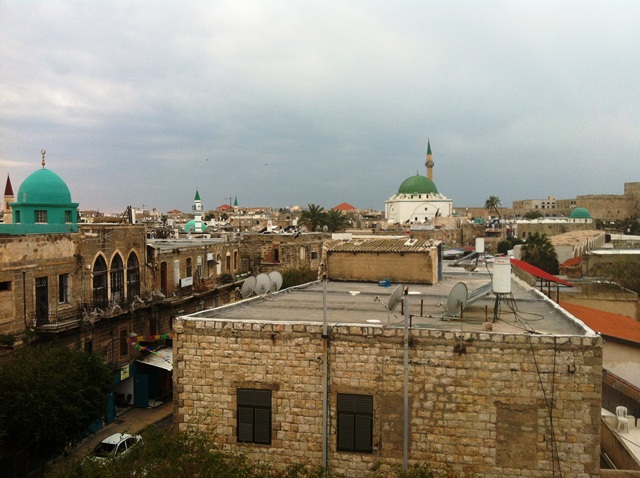 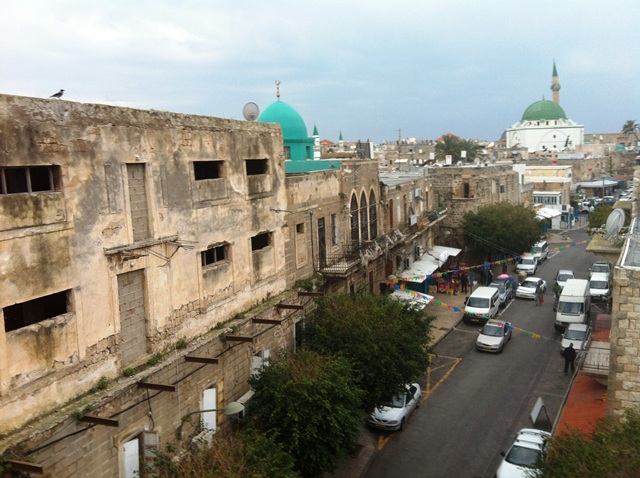 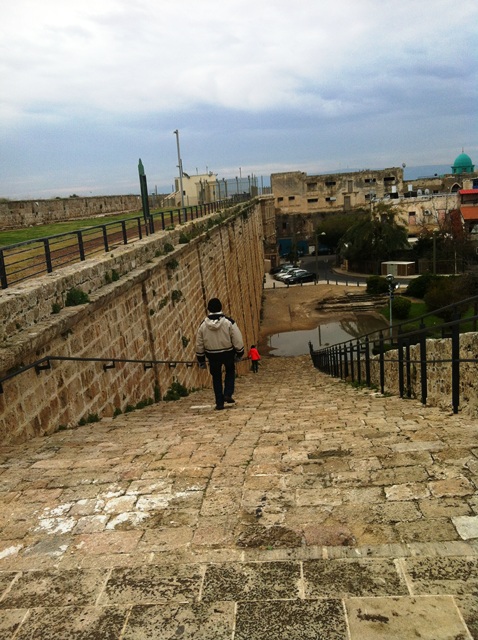 But of course Ezi gets it right

It's not only that he has the best pictures always but also that I'm too sick to think about pictures properly.

Akko is doing well. Akko is doing terribly. These were our conversations for the past two days. This was a great week for rain, snow, and excitement in Jerusalem and Mount Hermon. For Acre, it was not so great. The tourists went elsewhere and the cold and winds drove people off the narrow streets. "look at all the improvements since last we were here," Ezi said, pointing to where we saw hanging electric wire and broken sidewalks." And I had to concede there were more signs, more tourist directions and the market was clean. The people too seemed more hospitable and friendly. But it seems to me a strange situation. Although the Old City is mostly Arab, most of the new signs appear to be noting the Jewish heritage, and it is clear that although the Jewish mayor may be working towards improving everyone's situation, and the Arab community appears comfortable, the level of education and technology doesn't appear to be up to that of - say - Jaffa.

We ate well, at Moborsham and Doniana we weren't disappointed, and I wrote some positive reviews in trip advisor, like 'n the hour and a half we were there we heard "Happy Birthday" sung in three different languages at three different tables. That tells you something about the blend of cultures in the clientele. The food was great - of course more than we should have eaten - but very good, down to the desserts." But we didnt get to meet the Jewish population, and that means our visit was limited. Ezi took photos of some of the places his father had photographed in 1925, like the Mosques, the view from the roof of our hotel, and there is not all that much different because we didn't get to see the other parts of the city. And now that we're home, I'm feeling much better.

Time to get back to the problems of the present. (Incidentally, we visited the election headquarters of Ahmed Tibi, which was open across the street from us all hours of the day and night, and saw no posters for any non-Arab parties).