Because many of the kids in my neighborhood were kept home today by parents worried the terrorist is still in our neighborhood, I suddenly remembered that we hadn't check our bomb shelter. We had assumed it was locked and sealed, but when we examined it, everything was open - the door and the airholes. We locked up and went to the urologist. By the time we got out the news announced the search was concentrated now in Bat Yam.

Other than that we haven't changed anything. One terrorist doesn't change my mind about Arabs. On the contrary - despite what our pyromaniac prime minister said yesterday i think we need to embrace all our citizens.

Opening our exhibit on January 22 in the Jerusalem Theater at noon. 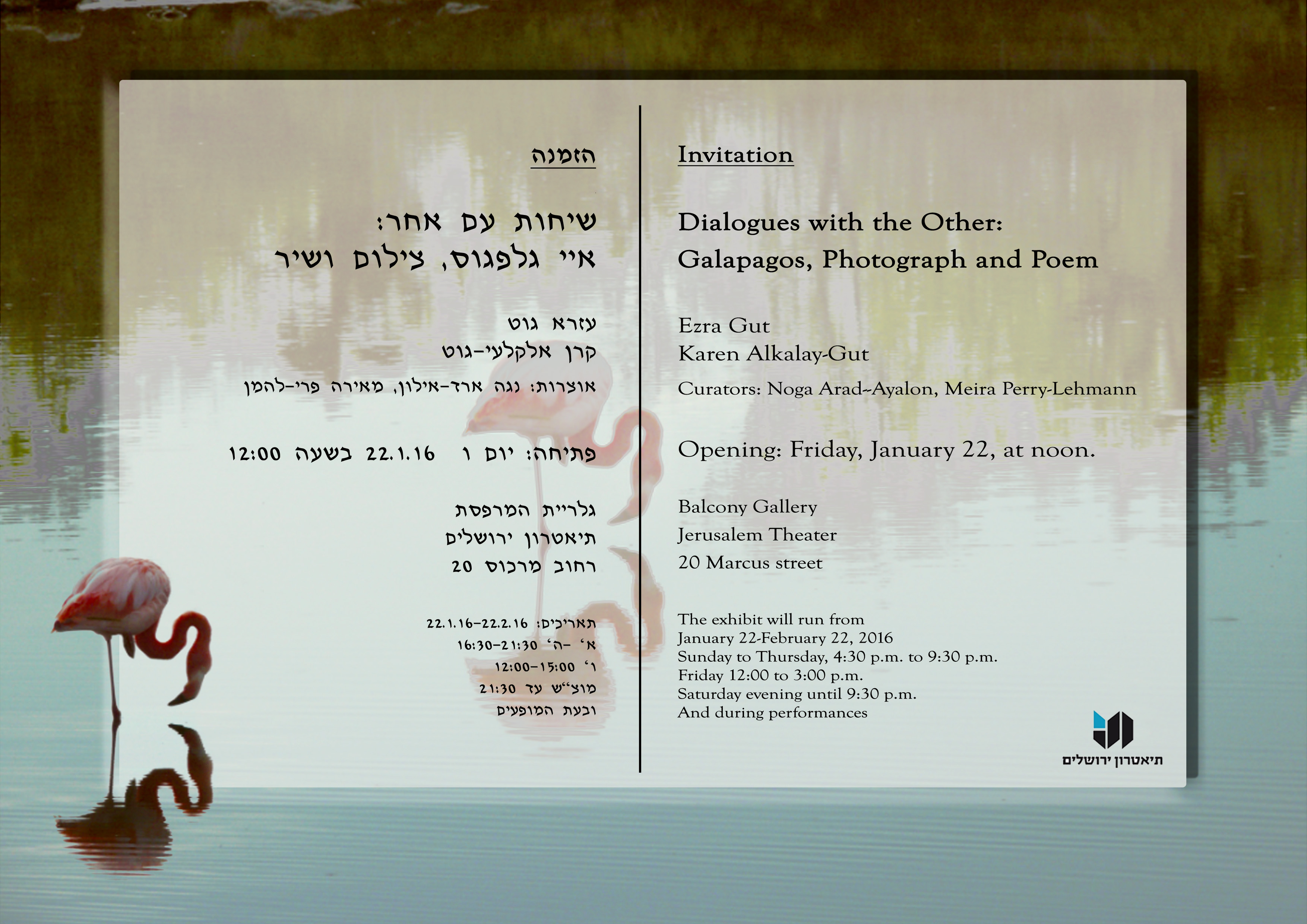 yes, we are at the front. yes, a terrorist murderer is on the loose in our neighborhood. In fact, I know people who know him. Most people believe he took over the apartment of some old person right around here and is hiding there, and will come out for another mass murder soon. So the streets are empty and so are the schools. Me, I wonder about him. A guy who has been a handyman around here for three years, and before that a delivery boy for the vegetable grocer a few blocks away. What was going on in his head the whole time? What did he think while he was helping some old lady with her stuck window? Anyway, we're being a little careful. Check out this article in Haaretz

Instead of escaping reality and calming ourselves with early episodes of "homeland" we watch a program about Al Aksa, in Israel called Temple Mount, har habayit, or the home mountain, which is where our temple was built twice. Har Ha Gaash they called it on this program, the volcano. They show the improprieties from all directions, all sides - the way we have allowed the creations of fabrications that are antithetical to the truth. the diggings under al aksa are Arab. Muslim. But they seem to have begun because the Jews opened the tunnels under the Wailing Wall that open on to the Via Dolorosa, in the Arab section. And, as I have stated before, the mosque is the third most important site for Muslims. For Jews it is the first and only.

so as far as Dennis Ross is concerned Bibi is not such a bad guy. At least that's what I got from the promo for the U.S. program on him. Oh dear, it is Obama and his antiviolence stance that led to the coolness between the two. Oh dear, so that's why he hasn't managed to control the incredible shooting attacks in the US. No wonder he's weeping.

Our entire day consists around when we can get away and watch "homeland." we never get to more than 1 a day at best but it changes the way we view things. for example, last night we were at a meeting on Hertzl Street. We were sitting in a cafe and discussing banal things like sewage pipes, and some guy walks in and stands next to us. I notice that his hands are in his pockets, he's listening to our conversation, he isn't even paying attention to the gesturing queen in the corner. i watch him. Is he Arab? Sorry, I can't tell the difference. Does he look violent? My instincts say he doesn't. But Carrie's instincts don't always bring her to the right conclusion. I forget the sewage pipes and watch him. He doesn't appear to notice me although i am sitting less that ten feet away. At last he speaks. 'Daddy, can i have the keys?'

Tonight Jaffa seemed empty. As beautiful as ever but quiet and secretive. I don't know what it means